A magistrate in Zimbabwe convicted six socialists of “inciting public violence” on Monday March 19. Some 160 supporters in the public gallery showed their outrage. The six plan to appeal and activists around the world are campaigning against this travesty of justice.

Hundreds demonstrated outside the court. Many were shocked at the result as the state’s case had looked as if it was collapsing from lack of evidence.

The highest profile defendant is Munyaradzi Gwisai (pictured below), who used to be an opposition MP.

The six were arrested at an International Socialist Organisation (ISO) meeting which showed news footage of the Arab Spring and asked “what lessons can be learnt”—which the prosecution said meant they were planning a similar revolt.

The ISO is Solidarity’s sister organisation.

Munyaradzi told the court the charges were “outright silly”, and it was “a case of political harassment by the state”. 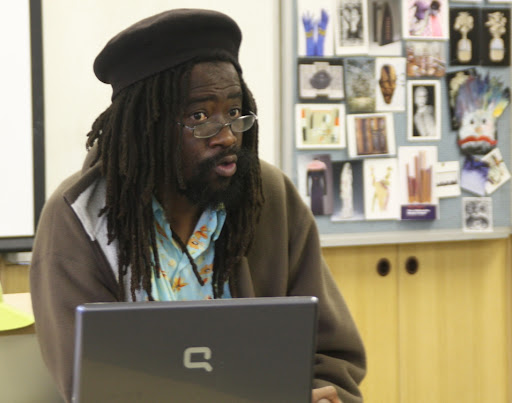 The prosecution’s star witness had spied on the meeting. He said under oath that he was Jonathan Shoko a police officer attached to the Criminal Investigation Unit.

The defence exposed him as Rodwell Chitiyo from the secret police, the dreaded Central Intelligence Organisation.

Even the state-sponsored Herald newspaper reported he was not a credible witness and his evidence had loopholes.

The defence moved that the case should be dismissed as there was no evidence to answer. But the magistrate said it must proceed.

A prosecution submission stated, “The uprising had gone beyond the planning stage. The date had been set (1 March 2011), the place set (Africa Unity Square), communication method agreed on (email, texting).”

It adds, “All that remained was the arrival of the appointed date. The crime had been complete at that stage.”

In the run up to the verdict Zimbabwe’s head of police, Commissioner General Augustine Chihuri, said, “Right now we are aware that there is a small political party outside government, which wants to start mass protests in early March 2012. They have planned to start from Africa Unity Square employing dirty and desperate tactics such as hunger strikes and mass protests. The warped and polluted agenda is to try and overthrow the government.”

The six were due to be sentenced after Socialist Worker went to press. Their “crime” carries a maximum sentence of ten years or a fine of 2,000 US dollars (that’s £1,262).

The attack on the activists is part of a general clampdown organised by the dictatorship of Robert Mugabe. He fears that the wave of uprisings in the Middle East and North Africa could spread south.

Police stormed a meeting organised by the International Socialist Organisation (ISO) in Zimbabwe’s capital Harare on 19 February last year. Participants had watched a video of news reports about the revolutions in Egypt and Tunisia, and were holding a discussion.

The meeting was also to commemorate the death of Navigator Mungoni, an Aids activist and ISO member.

The majority of those arrested at the meeting were held in prison, tortured and initially charged with treason—which carries the death penalty.

Many had sustained injuries while in detention, and all—including those who are HIV positive—were prevented from receiving prescription drugs and medical attention.

One, David Mpatsi, later died after this treatment.

The trial of the remaining six has continued ever since. The defendants have filed a £190,000 lawsuit against the police and Zimbabwe’s two home affairs ministers.

Hopewell Gumbo said, “We were subjected to heavy physical beatings from which I suffered a broken nose. Others had various injuries depending on the instrument used and part of the body assaulted.”

As the case dragged on the state changed the charges. Treason was dropped in favour of “subverting a constitutional government” carrying a 20 year sentence and finally reduced to “inciting public violence”.

What can you do?