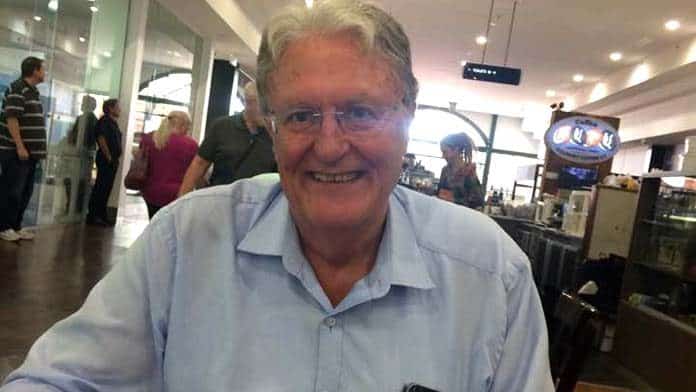 It is with great sadness that Solidarity members have learned of the loss of comrade John Passant. John was well known on the left for his insistent barbs against the ruling class and prolific writing, his commentary on Facebook, his blog En Passant, his articles more recently in Independent Australia and his many (and many more unpublished) letters in the Canberra Times.

He put all the knowledge he gained as an Assistant Commissioner of Taxation into articles railing against the rorts of the rich and big business tax dodging.

John also wrote poetry, publishing two collections, Songs for Band Unformed and Whose Broken Is This, and performed these to music with his close friends from the band The Awesome. It gave him immense pleasure to perform and record with them. His last poems showed his deep anger at climate disaster and the need for collective climate action, particularly because his dear friends lost their home in the Mallacoota fires.

But most of all, John was a passionate and active socialist all his adult life, opposing the Vietnam War and apartheid. He joined the International Socialists in 1980 and remained committed to the politics of socialism from below throughout his life. He took a principled stand on the Gulf War, was an active union member, and campaigned to Free the Refugees.

John had quite a sense of humour, lightening a day’s news with a dad joke, but he also spoke his mind and did not suffer political fools gladly. He remained committed to organised revolutionary politics and recognised that even a single socialist needs organisation. He joined Solidarity in 2015 and was always willing to set up a stall, sell the magazine, attend rallies, talk politics, and write for the magazine.

In late February, as Bernie Sanders’ campaign for president in the Democrat primaries stalled, John wrote of the need to build a revolutionary alternative to the Democrats, “We postpone the building of such a party at our own peril.”

John’s principled stand against injustice and his commitment to a world without oppression, racism and war will be sadly missed.

Our deepest sympathies are with his partner Patricia and their family.

on behalf of Solidarity comrades.