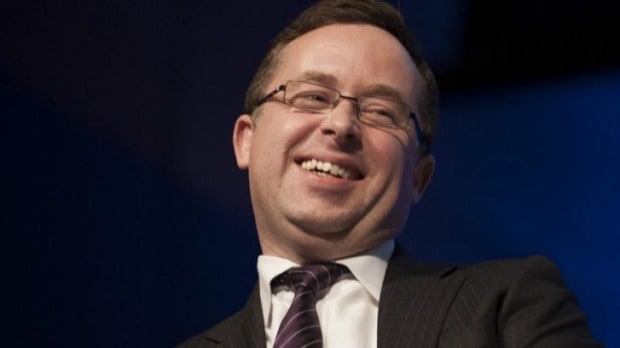 The Australian Tax Office released the Corporate Tax Transparency Report in December. It tells us which big businesses didn’t pay any income tax. On top of that it tells us those companies who did but at rates well below the statutory rate of 30 per cent.

The Report should, but won’t, end this government’s mantra about Australia having a spending problem, not a revenue problem. When you have 38 per cent of big businesses in the report not paying any income tax in the 2013-14 financial year, you have a revenue problem.

It also should, but won’t, end the Turnbull government’s cuts to spending on services like public health and public education and attacks on the sick, the disabled, the unemployed and low paid workers.

It won’t, but should, stop this government arguing for tax ‘reforms’ like imposing the Goods and Services Tax on fresh food, health and education and increasing the rate to 12.5 or 15 percent.

This first report specifically names the companies. Here are some of the stellar performers.

In the year in question, 2013-14, Qantas had gross revenue of over $14 billion. It paid no tax but did sack 5000 of its workforce and freeze their wages until the end of this year.

BlueScope Steel recently sacked 500 workers (one tenth of its workforce) and has frozen wages for three years. With gross revenue of $4.6 billion, and despite having a taxable income of $319 million, it paid no income tax in 2013-14.

Rupert Murdoch’s News Ltd had total income of $2.8 billion in the same year but paid no income tax. The geniuses at News Ltd cannot figure out how to make a profit on such massive sales revenue – other than to sack workers, such as the 55 editorial staff at its various newspapers it recently fired.

Two years ago the mining companies were still making healthy profits with the boom only just beginning to falter. Yet 60 per cent of energy and resource companies in the Report paid no income tax in the year in question. Citic Resources Australia explores for and exports iron ore, aluminium, alumina, steel, and now coal. It had gross revenue of over $5 billion but had no taxable income and hence paid no income tax.

ExxonMobil is one of Australia’s largest oil and gas producers. Its activities include the exploration and production of oil and gas, petroleum refining and supply of fuels (including natural gas), lubricants and chemical products. In 2013-14 its gross income was over $9 billion but it could not make any profit on that on which to pay tax.

Newcrest Mining had gross income of over $2 billion but paid no income tax.

My favourites are Google and Apple because they show that even when companies do pay tax the back story shows they are up to their armpits in reducing their taxable income here through shifting profits offshore.  According to the Financial Review, by charging itself fees from Apple Ireland for intellectual property rights in the goods sold here, Apple shifted profits totalling $9 billion out of Australia in the last decade. So for $6 billion or so in sales here in 2013-14 it paid tax of just $74 million.

Google is an example of what is called base erosion. Reports from previous years said Google had revenue from Australian sources of over $2 billion but paid only $740,000 in tax. This is because when you put an ad for Australian audiences on Google you are actually contracting with Google Singapore and under our tax treaties Singapore, a low tax country, has the taxing rights. So when we read that Google had gross revenue in Australia of $357 million and a taxable income of $90 million on which it paid just $9 million tax (or 10 per cent) we should ask it not just to explain why its tax rate is ten percent rather than 30 per cent, we should also how much of its Australian income was actually sourced for Australian tax avoidance purposes in Singapore. Quite a lot is the answer.

Singapore is also a favourite for mining companies who in recent years have set up marketing hubs there. They evidently can’t sell the stuff from Australia. Setting a hub up in Singapore means they can shift some of their profits from Australia to the city state.

There are many many more, very similar, stories. Tax avoidance isn’t just a few bad Apples. It is endemic and systemic. Labor has said it would crack down on tax avoidance. But its policies would raise peanuts – just $2 billion over four years. But there are tens of billions at stake.

Tax avoidance is big business.  Getting more out of these tax leaners would help immensely the poor, the homeless, the unemployed, the sick, the disabled, and pensioners, to name just a few.