No mandate: Abbott can be beaten

Tony Abbott, a right-wing neo-liberal infamous for his misogyny and social conservatism, is moving into The Lodge. Millions are horrified about what this government will do. But Abbott won’t have it easy if we build the resistance against him.

When Abbott declared Australia “open for business” in his election night speech, he meant open slather for the rich and powerful, like Gina Rinehart and the construction bosses.
But Abbott has no mandate for his big business agenda. Overwhelmingly, people voted against Labor—not for the Coalition.

On so many issues—same-sex marriage, climate change, penalty rates, jobs cuts, cuts to higher education—a majority oppose Abbott. He is already unpopular and distrusted. In an Essential poll, one week before the election, only 38 per cent described Abbott as trustworthy, 55 per cent thought him narrow-minded and 52 per cent judged him out of touch with ordinary people. Only 16 per cent preferred him as Liberal leader. 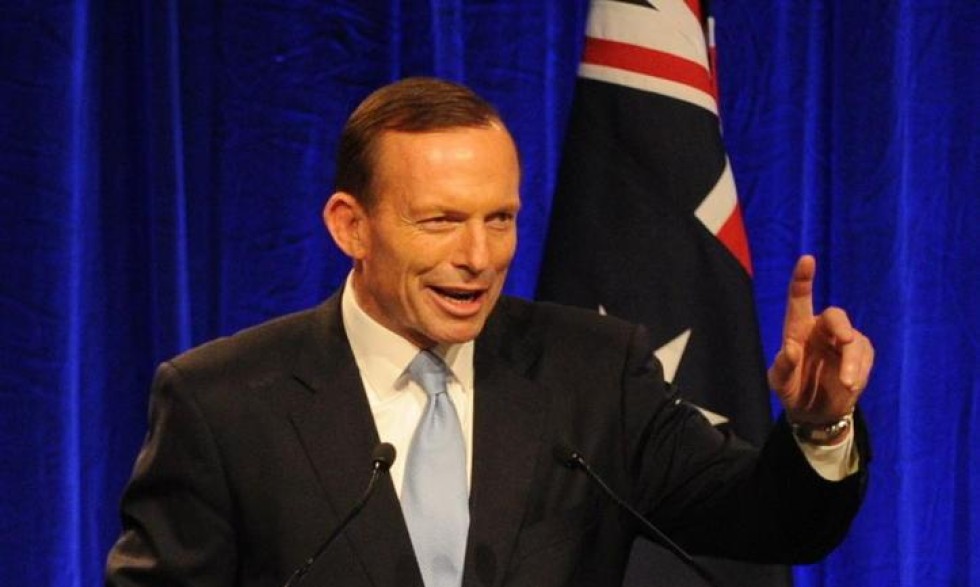 Sixty per cent told Essential poll in August that the Liberals were too close to big corporate and financial interests, and 65 per cent believed they would promise anything to win votes. Even Abbott’s victory wasn’t what it was anticipated to be—with a swing of just 1.7 per cent to the Coalition.
Abbott and Treasurer Joe Hockey’s proposed “Commission of Audit” of government finances is no doubt is about preparing the ground for budget cuts in the future.

The fight against Abbott will have to come from outside parliament.

From inside parliament, Labor and The Greens have said they will oppose Abbott’s plan to repeal the carbon tax—but the tax is useless anyway and parliamentary resistance is likely to be token. After July 2014, the new collection of Coalition and right-wing Senators will hold a majority, giving Abbott a green light. The Greens and Labor combined will not be able to block him.

But, the Coalition can be beaten back. Abbott is determined to go on the offensive against refugees and asylum seekers straight away. The anger displayed at mass rallies since Rudd announced the PNG deal can now be turned on Abbott and the Coalition and used to build the refugee campaign in the community and in the unions.

Abbott says he will resurrect the ABCC (Howard’s anti-construction union watchdog) within 100 days. If Abbott gets away this, he will be confident to go further. But industrial action can make it a dead letter.

The company bosses are baying for blood, demanding a return to WorkChoices style policies and an end to “red tape”. Abbott has promised to cull 12,000 public sector jobs, attack university research and hack $4.5 billion from the foreign aid budget.
Abbott proclaimed himself to be the prime minister for Indigenous Australians but they will be some of the first attacked when he cuts $42 million from the Aboriginal Legal Service. That will be just the first of many attacks if he gets away with it.

Copping it sweet and running a campaign to get Labor elected in another three years, as the unions have done in NSW and Queensland in response to state Liberal job cuts, will do nothing to stop Abbott’s offensive.

In August 1996, six months after the Howard government was elected, thousands of unionists converged on Parliament House, angry at anti-union laws and proposed budget cuts. Howard’s government was rocked to the core as his popularity plummeted. But the union officials let Howard off the hook, winding back the struggle in favour of a campaign to get Labor elected.

Then Howard ruled for 11 years, imposing his white-blindfold view of history and his white picket fence view of society. He went on to attempt to smash the MUA in 1998, and ramped up anti-refugee policies. We can’t let that happen again.

Abbott needs to know from day one that there is a movement that will stand up to him. Building the refugee rallies and building solidarity for the NTEU’s battles against pay and university cuts will be hugely important. Defending the first victims of Abbott’s attacks, like the Aboriginal Legal Service, will be key. Union action against the ABCC and any anti-union laws can force Abbott back.

If there is one over-riding lesson from the last six years of Labor behaving like Liberals, it is that we can’t rely on them to resist Abbott’s agenda. All the more reason to build a socialist organisation committed to fighting Abbott and the system he represents.

In the aftermath of the Bronwyn Bishop travel rorts affair, Abbott has slumped in the polls. Labor is leading 54-46 according to Newspoll.