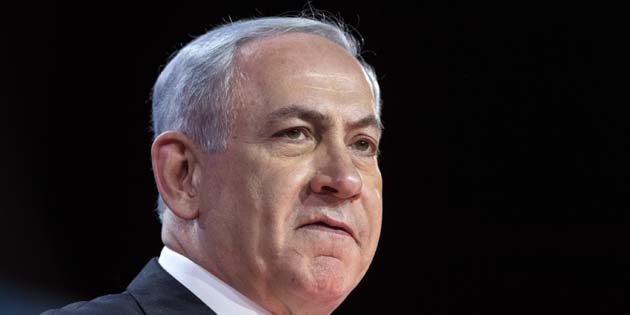 In March Israelis voted overwhelmingly to re-elect Benjamin Netanyahu’s Likud party. Netanyahu is yet to finalise his governing coalition. But between Likud and their natural allies including settlers, hard right nationalists and the extreme religious right, Israel has likely elected its most reactionary government in history. The results show how clearly the Israeli state relies on deep racism and savagery towards Palestinians.

Deepening the occupation was a central plank of Likud’s platform, including promises to expand illegal settlements in East Jerusalem. During his campaign Netanyahu famously declared there would be no state for Palestine under his government. This has been a fact of the occupation for many years, but Netanyahu used the election to abandon even a rhetorical commitment to a two state solution.

On election day Netanyahu made his anti-Arab message very clear by circulating a video message warning that Arabs were “advancing on the ballot boxes in droves”.

Although there was speculation before the elections about whether Netanyahu would win again, his decisive victory should come as no surprise. His policies receive support because there is a rotten racism woven through Israeli society.

A 2012 study revealed that 42 per cent of Israelis did not want to live in the same building as Arabs. The same proportion did not want their children in the same classrooms as Arab children. 74 per cent supported separate roads for Israelis and Palestinians. An enormous 95 per cent supported last year’s military bombardment of Gaza that left 2100 people dead, including 500 children.

This is a country built on the continuing dispossession of Palestinians and a population that overwhelmingly supports apartheid.

Israel does not function like a normal democracy. Most Arabs live under occupation and cannot vote. In the West Bank there are 600,000 settlers and three million Palestinians. They are all ruled by the same government, but only the settlers can vote.

The alternative to Likud was the Zionist Union, a coalition of the Labor Party and liberal Hatnuah. Some see them as a better option for Palestine. They say they are willing to continue talks with the Palestinian Authority.

The Zionist Union focussed on economic and social issues inside Israel rather than an aggressive occupation agenda like Likud. But they promised they would never form a coalition government with the support of Arab parties. A Joint Arab List, representing Palestinians who live in Israel 1948 not the Occupied Territories, won the third largest party vote.

Hatnuah leader Tzipi Livni was an architect of the 2008-9 attack on Gaza. Zionist Union and Labor Party head Yitzhak Herzog released a video claiming Netanyahu has been too weak against Hamas. The Zionist Union is clearly no friend of the Palestinians.

These elections mean the status quo will continue in Israel—with even the sham peace process effectively at an end, ongoing colonisation and deepening apartheid.

Critics of Israel like Ali Abunimah from Electronic Intifada and Illan Pappe, an anti-Zionist Israeli academic, agree that the election has meant one positive outcome: it shows the truth about the Israeli apartheid state.

“In short,” says Abunimah, “Netanyahu’s re-election is like the ‘Nutrition Facts’ label on a box of junk food: it tells you about the toxic ingredients inside.”

Corbyn under attack, but opposing Israel is not anti-semitic