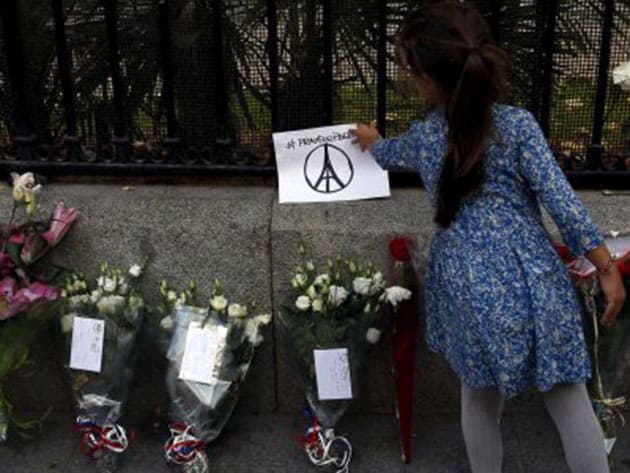 Friday night’s horrifying carnage in Paris has caused justified revulsion around the world. But the unison response of French political leaders will only fan the flames of jihadist violence and retard the possibility of peace, whether in France or in the Middle East.

The Paris attacks are the first since France’s September decision to extend its air-strikes into Syria. On 9 October, 16 jihadists were killed by French pilots in a raid on an IS training camp in Raqqa. The Friday attacks, some commentators speculate, may have been a direct response to that. On Sunday, the French airforce carried out another large-scale air-raid on Raqqa, cutting water and electricity in the city. The panic there must have been many times greater than in Paris.

Flattening Iraq and Syria under bombs will not bring an end to terrorism. Western weapons kill jihadists, not jihadism. On top of the numerous fighters slain, the 450 civilians also killed by the US and its allies since the start of the action against IS are more than enough to inspire a new generation of fighters with the desire for revenge.

Soon, France’s military response will escalate even further: the aircraft carrier Charles-de-Gaulle is being sent to the Middle East with 36 more planes for operations against the islamists. But despite politicians’ war-mongering, the road-map for an end to Islamist terrorism against the West is hardly unknown. The withdrawal of all forces from the Muslim world and the abandonment of the West’s reckless support, whether financial or military, to Saudi Arabia and Israel—both of them engine rooms of significant repression and major sources of regional instability—would be a good start.

In France, concrete steps could be immediately taken to end the exploitation and alienation of the Muslim underclass living a miserable existence on the fringes of mainstream society.

French political leaders are far from stupid, and they understand all this. “We have to take account of the extreme gravity of the situation and draw all the right lessons,” former president Nicolas Sarkozy told the nation on the weekend. This is exactly what politicians have done. Except that the lessons they have drawn are the ones that are right for them, not for the public.

Across the political spectrum, France’s leaders have universally preferred the path of war to that of peace. France is at war, the President, François Hollande, told the nation on Saturday night. It will fight on all fronts, internally and abroad. It will be “pitiless” with its enemies.

The Prime Minister, Manuel Valls, known for his social and economic hard line, was firmer: the “enemies of the republic” have to be “annihilated”, he pronounced on national TV, choosing the same verb as the leader of the far-right National Front, Marine Le Pen. France will reply blow for blow, at the same level as the terrorists, Valls said: he will, in other words, not hesitate to descend to their level. Sarkozy called for nothing less than a “total” war to be engaged. Others in his party are demanding boots on the ground in Syria. Marine Le Pen says France has to rearm.

Domestically, the crack-down has already begun. The state of emergency decreed on Saturday morning gives the state significant coercive powers; plans are being made to institutionalise some of these in new legislation. A ban on demonstrations until at least Thursday significantly hampers any collective protest against the government’s decisions.

Valls was clear that restrictions on elementary civil liberties would not be disciplined by mere legal niceties. “This isn’t a legal debate”, he reminded the TV audience: effectiveness is the only consideration. He has declared himself open to all proposals, even that of right-winger Laurent Wauquiez, who has called for all 4000 people identified by the security services as possible terrorist suspects to be immediately interned. Other Republicans have called for the arrest of everyone suspected of links with terrorist organisations. Le Pen wants radical mosques closed, and asylum seekers deported.

Before any politician spoke publicly, the media had started writing their script. The TV pundit who, in the immediate aftermath of the attacks, observed that “France will have to harden up, just like the US did after 9/11”, set the tone.

“War” references litter the pages of the mainstream press. On Sunday, the Figaro, the main right-wing daily, editorialized that the country is in a “war, a real war”, and held up “force” as the only possible option open to the government. That should suit the paper’s owner, the arms manufacturer Serge Dassault: as well as running the Figaro, his group builds the Rafale fighter-jet currently deployed in the Middle East. In its editorial, the paper expressed satisfaction at the government’s increased military spending since January.

The response of the French establishment is partly a product of domestic politics. Until Friday night, the campaign for the December regional elections was in full swing. All eyes were on the far-right National Front (FN), widely believed to be well placed to capture two of France’s 13 regions. If this eventuates, it will be the first time since the Second World War that the French far right comes to a significant position of national influence.

In anticipation, the two mainstream parties—the notionally-left, but in reality enthusiastically neo-liberal Parti Socialiste (PS), and the unapologetically right-wing Les Républicains (LR) – have been engaged in a difficult balancing act. Each has been trying to position itself as the only viable defence against the FN, thereby hoping to woo voters whose support it wouldn’t usually attract, while at the same time retaining its traditional base.

They have also been weighing up whether, and how, they might join forces to block the FN. But even though such a united “republican front” could prevent the election of the far right, it has a major disadvantage: it would confirm Le Pen’s stock criticism—that for all their superficial differences, PS and LR represent exactly the same interests.

After the attacks, everything has become magically simple, for the PS at least. The united front now embraces all three rival parties. Once a pariah, the FN’s mainstreaming has been consummated: on Saturday, the Elysée distributed footage of Hollande receiving the leaders of all the main French political formations, Marine Le Pen included.

The FN’s claim to constitute a real alternative has never, as a result, had less credibility. Minute electoral calculations are swept away: for a few days at least, the entire political class will line up behind the PS’s invocations of “democracy”, “civilisation”, and the “values of humanity”, as Hollande put it—the standard mythology of the official French state ideology, Republicanism.

These “values” provide the ideological cover for visiting death and mayhem on the Middle East, further repression of Muslims and refugees domestically, a re-emergence of borders in Western Europe, and further attacks on democratic freedoms in France.

After the despicable attacks of January, much of France’s political establishment elevated Charlie Hebdo into a shining example of the meaning of Republicanism and of its supposed commitment to freedom of speech. It didn’t matter how insulting the magazine’s relentless Islamophobia had been to Muslims, it was as though the right to ridicule them and their religion had become a symbol of the Republic itself. The message was clear: a magazine that continually held Muslims’ religion up for contempt was a model of the Republican “values” that define the nation.

That was January. This is November, and free speech is no longer the burning issue. But now, one after the other, the same politicians are lining up to claim a similar right to act without heed for the political or human consequences. They are trumpeting their commitment not to freedom of speech—that has already gone out the window—but to freedom of war: the right to pursue an indiscriminate war on Muslims in Iraq and Syria, and the right to persecute them at home.

The racist stereotypes of a satirical magazine should never have been held up as an exemplary exercise of the right of free speech. But holding war up as peace, and base electoral calculations as prudence, as the political establishment are doing now, is far more dangerous.

The opportunism of France’s political leadership will be paid for in more tragic and avoidable blood-baths, whether in France or in Raqqa. As a worshipper at a northern Paris mosque told Libération, “If we consider ourselves as at war, then the terrorists will have won their battle”. The three mainstream parties have no interest in that lesson: ordinary people’s interests do not figure in their calculations. A new French war on terror won’t bring peace; it will only reinforce the power of the political establishment.

Everyone else’s interests can only be safeguarded by a progressive and democratic movement from below. The radical, anti-capitalist left has a heavy responsibility, both in France and outside it.