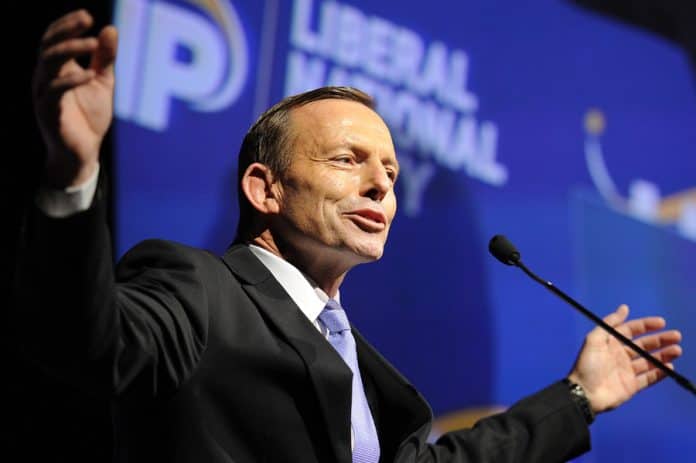 The Liberals’ lies and rule for the rich agenda are now on full display.

So soon after election victory most governments are still in their honeymoon period. But Abbott hasn’t exactly had a dream start.

The expenses scandal exposed the Coalition as tricky and dishonest, made worse by Abbott’s inability to see why people were disgusted by the revelations. Abbott and swathes of his frontbench were caught out making dodgy claims. But they were making no apologies. Abbott even defended the worst abusers like Don Randall, who claimed over $5000 to fly to Cairns, saying he was on “electorate business”—3500 kilometres from his electorate in Perth! After initially refusing to clean up the system, six weeks later Abbott announced a set of pathetic changes that do nothing to increase oversight of claims, allowing politicians to continue policing themselves.

It demonstrates what an out-of-touch elite is now sitting in parliament. And they have already begun doing favours for their rich mates.

Treasurer Joe Hockey has handed them back $3.1 billion through axing taxes. Superannuation savings valued at $2 million or more will escape a tax hit, preserving a favourite tax avoidance strategy for high income earners. But 3.6 million people earning less than $37,000 a year will lose a planned tax refund on contributions.

High income earners also gain from continuing Fringe Benefit Tax concessions on cars as part of salary packages. And multinational companies have escaped $1.5 billion in tax as the Liberals have dropped a crack down on corporate efforts to shift profits offshore.

The deficit for this year is now expected to blow out to $50 billion, compared to $30 billion before the election. And Treasurer Joe Hockey says the budget in May will “offer the solutions”. He’s bound to get plenty of ideas for cuts from the Commission of Audit, stacked with business leaders, which will report at the end of March.

The government has downplayed reports that further privatisation such as Australia Post are on the cards. But Education Minister Chris Pyne has continued to float the idea off selling student HECS debts.

Most damningly, in the public sector, the job cuts have already started. Despite claiming it would find 12,000 job cuts through natural attrition the government has issued a directive to not renew any temporary contracts and to sack all “non-ongoing” workers. At least 600 jobs will go at CSIRO and 220 jobs in Agriculture and Fisheries.

But as parliament resumes, the Coalition wants to focus on their attack on the carbon tax. Labor is now locked into opposing its repeal, with Tony Abbott rejecting their “offer” to help scrap the tax in return for replacing it with an emissions trading scheme.

It has shown again how Labor and The Greens’ attempts to present a price on carbon as a solution to climate change have allowed the Coalition to posture as concerned about workers’ living standards.

Abbott’s plan to spend on average only $720 million a year on “direct action” to reduce emissions is a joke. The fight for serious government spending—to build the renewable power stations that are needed to slash emissions—will have to come from outside parliament.

It is already becoming clear that Abbott’s rule is built on a house of cards and is vulnerable to resistance.

Over refugees, the Coalition have hinged their reputation on whether they can “stop the boats”—but the impossibility of this policy already has the government in trouble.

Their arrogance was on show in a standoff with Indonesia on refugee boats, when government efforts to bully Indonesia to take back a boat load of asylum seekers backfired. Indonesia’s co-operation is vital to the Coalition’s efforts to “stop the boats”, but after Indonesia’s rebuff two more arrived.

Morrison’s ridiculous efforts to keep the media in the dark about boat arrivals is continuing to make the Coalition look incompetent and deceitful. Journalist Laurie Oakes slammed Morrison’s weekly press briefing performances as a show of “arrogance … little short of breathtaking”.

The Coalition’s policy has backfired, creating exactly the kind of constant debate around refugee boats and the government’s lies they didn’t want.

The demonstrations for refugee rights can help intensify the government’s difficulties and expose the atrocities in the detention centres.

The Liberals’ job cuts too, can be fought with demonstrations and industrial action. They are also beefing up laws against picketing.

Everywhere that action has been called against Liberal cuts, there has been an enthusiastic response.

At state and territory government level, teachers in the NT staged a 24-hour strike in early November to fight staff cuts, following a bus drivers’ strike in October and a teachers’ strike in WA.

Unions in Queensland have called a “Rally for rights” against the Liberal National Party’s attacks on democratic rights as well as on workers’ compensation and unions.

Abbott can be stopped—the ball is in the unions’ court—a call to action could start the fightback.