New cuts and closures in aged care are the latest example of Queensland Liberal National Premier Campbell Newman’s vicious contempt for jobs and the community. Nearly 300 people joined a protest one week after learning of plans to close the Eventide Aged Care home, hearing from Labor Party speakers including federal Treasurer Wayne Swan, the member for the area.

Eventide, in the suburb of Brighton on Brisbane’s northside, faces closure in December. If this goes ahead 80 residents will be forced to move and 69 staff will lose their jobs. 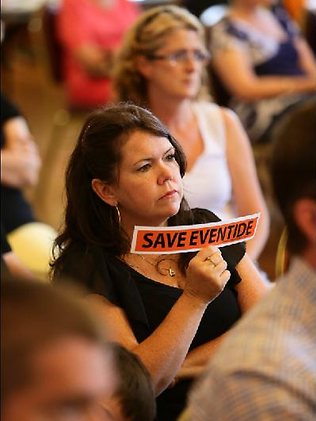 According to the Queensland Nurses Union, the state government wants to shut another government owned aged care home, Farrhome, by June 2014.

In a historically working class area, Eventide offers high needs care for people who could not otherwise afford it. Joe Alexander, whose mother is a resident of Eventide, told the rally, “most local nursing homes have waiting lists already—so the obvious question to ask is where will these people go?”

Although some residents have lived at Eventide for 20 years, they are all expected to be out within six weeks, he said. The nurses union organised another protest meeting the week after the rally, and has pledged to organise a community campaign to fight the closure.

Newman has also overturned Queensland’s 23-year long ban on uranium mining, a backflip on promises he made during the election campaign. The mining industry claims Queensland has $20 billion worth of uranium deposits. Given the current slump in the price for uranium on global markets, the chance of new uranium mines opening soon are slim. But given the track record of toxic spills and cover-ups in the history of uranium mining in the state, any moves to put new uranium mines closer must be opposed.

Newman’s move is another return to the days of former Queensland Premier Joh Bjelke-Petersen, a promoter of uranium mining in the early 1980s.

Sadly serious union action against Newman is off the cards for the immediate future. Together, the union that represents public sector workers, is putting its hopes in a Supreme Court challenge which is due back on court on November 19. The teachers’ union has now voted to accept a pay deal.

But with Newman continuing to put the knife through jobs and public services, every new cutback is a chance to build active opposition to his government. Small, localised campaigns can win victories, and also provide a way to pressure the unions for the kind of serious strike action needed to stop Newman for good.