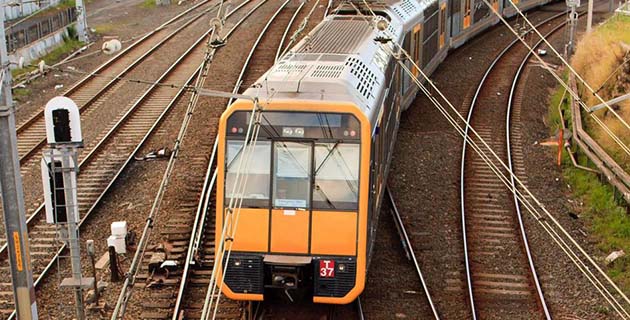 Rail workers are set to shut down Sydney’s transport system, voting to strike for 24 hours on Monday 29 January and impose days of overtime bans. They deserve everyone’s support.

Workers rejected a pathetic, last minute offer from the NSW government by a crushing margin of 94 per cent in a snap poll via text message.

Following years of job cuts, creeping privatisation and the loss of conditions this is a chance to smash the government’s 2.5 per cent pay cap and win a decent deal.

Train drivers are well organised and have the power to shut down the transport system. Employers across Sydney will be hit hard, facing big losses due to disruption.

The NSW government has already created weeks of transport chaos through a shortage of drivers and a new timetable that puts workers under more pressure, reducing margin for error.

The 2.5 per cent pay cap for NSW public sector workers is barely above inflation and is effectively no pay rise at all. It has been imposed across the public sector by the NSW Liberal government since 2011—and by the state Labor government before that.

The government had offered a pay increase of just 2.75 per cent, barely above the pay cap, plus a sign-on bonus of $1000. It only began to seriously negotiate when strike action was threatened.

The drivers’ strike action can set the scene for a union fightback, and not just in NSW. The NSW Liberal government rushed to the Fair Work Commission seeking orders against the strike. Workers need to be prepared to defy any court orders to end their industrial action and stand up to any threats of fines.

A victory for the train workers can set the bar for teachers, nurses and other public sector workers and show the power of strike action to end low pay, overwork and privatisation.

Their win will be a win for all workers.