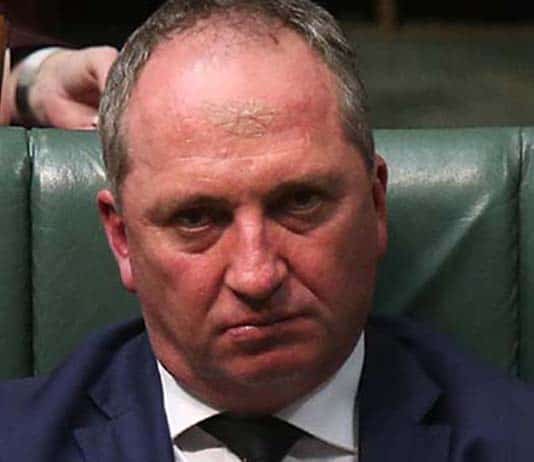 The furore surrounding Barnaby Joyce has plunged the Turnbull government into yet another crisis.

Turnbull has forced Joyce to take leave rather than have him serve as acting Prime Minister, as he tries to pose as the defender of conservative values to shore up the Liberals’ base.

Turnbull’s “bonking ban” is symptomatic of a puritanical government in terminal decline. But morality sermons from “Father Turnbull” and appearances on Sixty Minutes with his wife Lucy to offer tips on maintaining a successful marriage are not going to save the Coalition.

It is not the “morality” of Barnaby’s affair that bothers voters—it’s the stench of hypocrisy that surrounds him and the rest of the Turnbull government.

As the Washington Post put it bluntly, “One of Australia’s staunchest opponents of same-sex marriage just left his wife for his pregnant girlfriend.”

It’s not only that; it’s the taxpayer-funded travel arrangements, the high-paid job-swapping to keep Joyce’s relationship under wraps, and the cosy arrangements with millionaire business mates to live rent-free, while he is paid in excess of $400,000.

And Joyce even claims that because the rent-free offer of housing came from a friend it didn’t need to be declared.

The elite has one set of rules to maintain their wealth and privileged lifestyle and then does everything to impose a different set of rules on the rest of us.

How dare Turnbull lecture anyone about traditional family values? Tell that to the Aboriginal families that are ripped apart by poverty and child removals, or the single parents trying to survive on the Newstart allowance or income management.

It is not the sex in Parliament House that is the problem; it’s the hypocrisy and entitlement that disgusts people. The Nationals are complaining that “Barnaby has been thrown under the proverbial bus”—that’s where we should throw the lot of them.