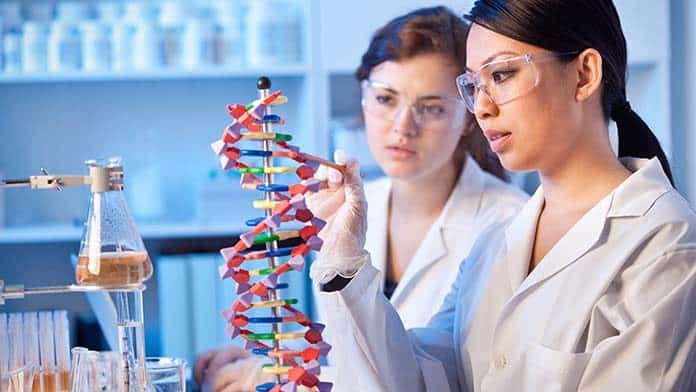 The news of UTS lowering its ATAR score requirements for women in engineering and IT has not been well received by all. Some students have organised a “Men in STEM” event, seemingly deliberately counterposed to the uni’s “Women in STEM” focus.

We oppose this kind of “men’s rights” activism on campus. Removing barriers for women in gaining entry to STEM courses is a welcome step in addressing entrenched sexism.

Women are massively under-represented in STEM in Australia. Only 12 per cent of engineers in Australia are women. This is appalling. By way of contrast, the figure is 50 per cent in Iran.

According to Professionals Australia major contributing factors to women’s under-representation are the gender pay gap, economic insecurity, discrimination, stereotyping and bias. In addition, career penalties for working part-time or taking maternity leave are a major factor.

These barriers are a form of structural sexism that contributes to the under-representation of women in STEM degrees at UTS and elsewhere.

Sexist stereotypes can negatively impact women’s performance in STEM subjects. As a 2010 research report by the American Association of University Women argues, “A female student taking a math test experiences an extra cognitive and emotional burden of worry related to the stereotype that women are not good at math.”

On top of this there is no automatic relationship between capability and someone’s ATAR. All sorts of factors, including what kind of school they attend, family background, and the experience of racism, sexism and class inequality can distort a student’s ATAR score.

She noted a large number of engineering students gained entrance to the undergraduate degree through other pathways, often beginning in other courses with lower ATAR requirements.

The gender disparity in Engineering should be urgently addressed, given that according to the university “on average, females received 4-8 per cent of UTS offers to study mechanical engineering/mechatronics.” It is an overwhelmingly good thing that “The university expects the score adjustment will increase female study offers to about 20 per cent.”

There is, however, much more UTS could do to address sexism. The university has a notoriously high rate of casualisation amongst staff and according to the Human Rights Commission insecure contracts make sexism and harassment more prevalent and harder to challenge.

And with all this in mind the idea that score adjustment is “unfair” is ridiculous. The sexism that makes score adjustment necessary in the first place is the problem. And the confected outrage about “men’s rights” being promoted by some students only serves to underline the fact there is a problem. Amongst these students real threats to equality are ignored, while non-existent ones provoke outrage. We will use all avenues to challenge this complacency and ignorance that only serves to reinforce the unacceptable and sexist status quo.