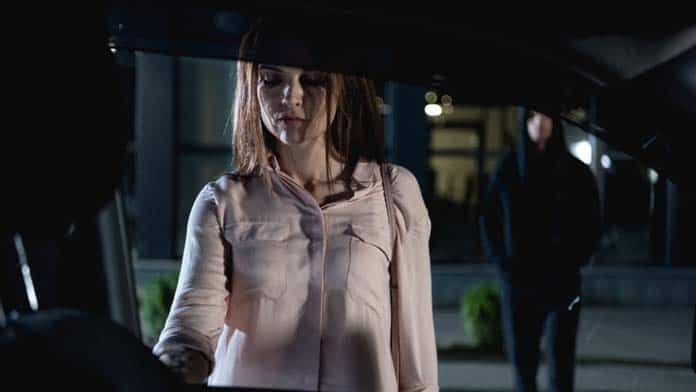 New laws around coercive control have been proposed as a way to tackle violence against women. But the police can never be relied on to protect women, argues Thandi Bethune

One proposal is for harsher sentences for violence against women, or new criminal offences like coercive control, advocated by journalist and author Jess Hill in her book and TV series See what you made me do. But this means putting more powers in the hands of police, who have an appalling record on taking violence against women seriously.

It is also likely to result in more imprisonment among marginalised communities including Aboriginal people.

This approach of relying on increased policing, prosecution, and imprisonment as the primary solution to violence against women has been termed carceral feminism.

Casting policing and prisons as the solution to domestic violence both justifies increases to police and prison budgets and diverts attention from the underfunding of programs that enable survivors to escape, such as shelters, public housing, and welfare.

It is undeniable that domestic violence is out of control.

In Australia around eight women a day are hospitalised and on average one woman is killed by their partner every week.

People are desperate for solutions and as the police and government fail to take it seriously many are concluding that new laws and harsher policing will make a difference.

But relying on the police can never be the solution to violence against women.

Since the 1970s a push from feminist groups for harsher sentencing and responses towards domestic violence has led to mandatory arrest laws in over half of US states.

This means that when an instance of domestic violence is reported, police have to arrest someone. In many cases this leads to police arresting the victim of abuse, or a dual arrest where both parties are arrested.

What began as a measure to ensure domestic violence is taken more seriously is leading to victims of abuse, usually women, being further traumatised and dragged through the legal system.

This is because sexism is deeply entrenched within the police force. The police making decisions on who is responsible are likely to have a skewed perspective, considering studies have shown at least 40 per cent of US police officers are domestic violence perpetrators themselves—three or four times the rate in the wider population.

Research by Australia’s National Research Organisation for Women’s Safety last year found that almost half of the Indigenous women murdered by an intimate partner in Queensland had previously been labelled by police as the perpetrator of domestic violence. It found that, “racism, poor relationships with local communities, misogyny, and the patriarchal culture of the police service” were an ongoing problem in tackling domestic violence.

This highlights the problem with giving police further powers.

The horrific murders by their partners of two Queensland women, Doreen Langham in February and Hannah Clark last year, despite having sought help from the police for domestic violence on multiple occasions, have caused particular shock.

In response Queensland Premier Annastacia Palaszczuk has announced the creation of a taskforce to consult on introducing coercive control legislation.

Coercive control describes a form of emotional abuse that can involve threats, intimidation and humiliation in order to exercise control of a partner. In many cases it is also a precursor to physical violence and murder.

While coercive control is undoubtedly a form of abuse, criminalising it creates the potential for many more problems.

Significantly, it too relies on police judging whether behaviour is a pattern of coercion and choosing whose side of the story to believe.

These laws will lead to further incarceration of marginalised communities and vulnerable people.

The case of Yamatji woman, Ms Dhu, is a prime example of this. In August 2014 police were called to her home responding to the breach of an apprehended violence order.

However, upon arrival, rather that help Ms Dhu the police arrested her for outstanding fines. Over two days in custody she reported severe pain and eventually loss of sensation in her legs.

Both the police and hospital staff repeatedly dismissed her symptoms with one officer claiming, “She is a junkie coming off drugs. She is faking now that she can’t get up.”

An hour later Ms Dhu died from an infection caused by a broken rib inflicted by her partner.

The racism and negligence Ms Dhu experienced speaks volumes as to why women, and Indigenous women in particular, often don’t trust police and are reluctant to seek help for domestic violence.

As Indigenous journalist and researcher Amy McGuire has written, “For many Aboriginal women, the justice system is structurally violent, and the police are aggravators rather than protectors.”

Indigenous women can even be reluctant to report domestic violence because of the extreme consequences for Indigenous men charged under a racist criminal justice system—including the prospect of death in custody.

According to Professor Kerry Carrington, of the Queensland University of Technology’s Centre for Justice, the answer lies in all female police stations, and she is pushing for Queensland police to try this.

Carrington claims that, “because most police officers are male, and most victims of gender violence are female, you have this structural problem in that the vast majority of women do not feel comfortable and do not want to report to or do not want to risk having to disclose to men.”

However, the problem is not that police officers are men, it is the institution of the police force itself.

There has already been a huge increase in female officers over the last 30 years, from just 3 per cent of the Queensland police in 1983 to 29 per cent last year.

This has done nothing to improve police handling of violence against women. Just as female bosses are not the answer to women’s liberation, neither are female police.

Nor does simply imprisoning men who abuse women solve the problem. In fact because prisons are hotbeds of sexism and abuse themselves, the likelihood of people reoffending when they leave is very high.

Another reason new offences or tougher laws will not work is that the threat of prison or criminal sanctions usually have little effect on abuser’s behaviour.

Queensland’s crime statistics show that the state’s domestic violence breaches have doubled in the past six years resulting in thousands of women being contacted by their abusers and in some cases, as with Doreen Langham, killed by men the police said they would be safe from.

In response former Queensland Law Society President Bill Potts said, “It’s extremely disturbing because it shows both a pattern of lawlessness and an increasing disregard for, and contempt of, the court.”

And he is right, fear of the law has little impact on the actions of an abusive partner.

If tougher laws and more police aren’t the answer what is?

The answer that is proposed by most domestic violence services, the media, and many victims of assault are education campaigns that encourage respect and equality for women.

While there is nothing wrong with this, it fails to address the systemic causes of sexism and violence. It is not that abusers are naive as to their actions, that they cannot understand that acts of violence are bad.

Sexist violent behaviour is born out of the sexist and violent system we live in that perpetuates oppressive ideas about women’s role in society.

Integral to this is the nuclear family, where women traditionally raise the next generation of workers, while men go to work as the family breadwinner.

The family is the source of the sexist ideology that says women are innately more caring, and encourages sinister ideas that women are weak or inferior to men, and should be obedient and tolerant.

Capitalism relies on the family and the subordination of women because the ruling class is unwilling to pay for the socialisation of domestic tasks like childcare, caring for elderly relatives, cooking and cleaning.

Instead the family and mostly women step in to provide this at as little cost to the system as possible. It is estimated that the unpaid labour associated with childrearing saves the Australian state $345 billion every year.

In addition, work and especially poverty are a source of immense alienation, stress and humiliation—for women as well as men.

These stresses are brought home to the family with the expectation that it will provide the love and support to alleviate them.

When this fails, it can manifest in men’s outbursts of violence and desperate attempts to gain control. Thus, to tackle domestic violence we must also alleviate the external pressures that capitalism places on people which trigger it.

In the short term, increased efforts to reduce the obstacles of leaving an abusive relationship, through adequate funding for domestic violence services, counselling and shelters, free childcare as well as gender equality within our workplaces can make a real difference.

But while we live under a system that oppresses and humiliates people, and relies on pitting working people against each other, we will continue to see sexism and violence towards women.

That means we need to connect the fight for proper services and spending to a fight against the whole capitalist system.

The Youth March Against Sexual Violence on Kaurna land (Adelaide) on 24 June saw a spirited crowd of up to 1000 take to city streets.