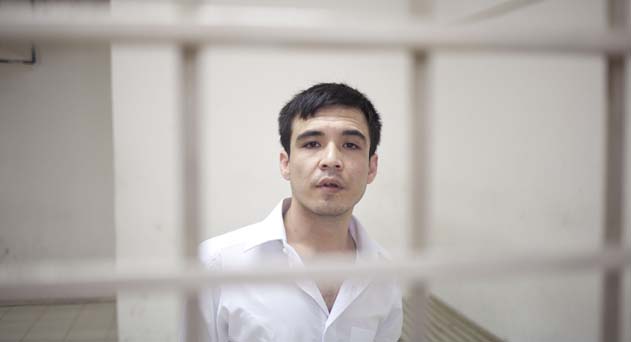 Confessions of a People-Smuggler is a confronting, and revealing book. Dawood Amiri, a Hazara, tells his story of fleeing from the Taliban’s targeted killings in Quetta in Pakistan, to getting involved in people smuggling in Indonesia to fund his own trip to Australia by boat.

People smugglers are at the centre of the refugee policy debate in Australia. They are portrayed as merciless people who profit by trading in tragedy. In 2009, then Labor Prime Minister, Kevin Rudd made headlines referring to smugglers as the “absolute scum of the Earth”. The Abbott Liberal Government has tried to justify the brutality of Operation Sovereign Borders because the people smugglers’ “business model” needs to be destroyed in order to protect the nation’s borders.

This is a very deliberate tactic. By posing people smugglers as the real “problem”, governments try to shirk their humanitarian obligations by diverting attention from the reasons why people get in contact with smugglers in the first place.

One of the most important messages from this book is that people smugglers are often the only ticket to freedom that is available to those fleeing from persecution. Amiri does acknowledge that there are people smugglers who are completely unconcerned with the welfare of asylum seekers and only interested in money. But, he says, such people are usually weeded out, as the word spreads among asylum seekers about the pleasant and successful experiences they have had with particular smugglers. In other words, only relatively altruistic smugglers are ultimately successful.

Confessions of a People-Smuggler also draws attention to how difficult the asylum seeker’s journey truly is. It damns the prolonged processes of the International Organisation for Migration (IOM) and United Nations High Commission for Refugees (UNHCR) that result in tremendous frustration. It is people smugglers who offer the only efficient avenue to be processed and resettled in another country. It also reveals how the difficulties of asylum seekers are made worse by anti-refugee policies. The criminalisation of people smuggling forces smuggling operations to operate underground, making boat voyages even more dangerous.

The book sheds light on the hypocrisy and failings of Australian governments, particularly with their anti-smuggling policies. Amiri talks briefly about how Western intervention in the Middle East only intensified the tribulations of those targeted by the Taliban. He writes, “The armed forces of America, Australia, the United Kingdom, and the United Nations have fought in the war on terror…this added to the terrorising and suffering of the people who lived there. But when some of these damaged people, the refugees, try to make their way to the countries who have participated in the wars on their soil, those same countries take very little responsibility for their plight”.

Often anti-smuggling laws are justified on pseudo-humanitarian grounds, arguing that by stopping the boats, deaths at sea are prevented. But like many ordinary Australians, Dawood Amiri sees right through this petty argument, explaining that asylum seekers lives are “…played with like footballs, at the feet of politicians, warlords, bureaucrats, capitalists, terrorists and criminals”.

History provides many examples of people smugglers who are now hailed as heroes. People like Irena Sendler, a Polish social worker who smuggled over 2500 Jewish children from Warsaw ghettos during the Holocaust and Iraqi asylum seeker, Ali Jenabi, often referred to as the “Oskar Schindler of Asia”.

The work of people smugglers today is no less significant than the acts of those in the past. The fact remains that asylum seekers will continue to use the services of people smugglers so long as war, persecution and misery continues to create asylum seekers around the world. As long as Australia has policies that try to block and intercept boats rather than assist them, people smuggling ventures will be seen as the only legitimate avenue for those fleeing persecution.

Confessions of a People-Smuggler is a must read. In the context of adversity, Dawood Amiri’s work as a people smuggler is of inspiration and bravery. Rhetoric centred on demonising people smugglers is designed to criminalise asylum seekers, and provide justification for Operation Sovereign Borders’ use of the military against them.

Amiri’s story makes it clear that the only people who are truly profiting from human misery are the politicians sitting in parliament using asylum seekers as victims of their political expediency.

Confessions of a People-Smuggler
By Dawood Amiri
Scribe, $24.99