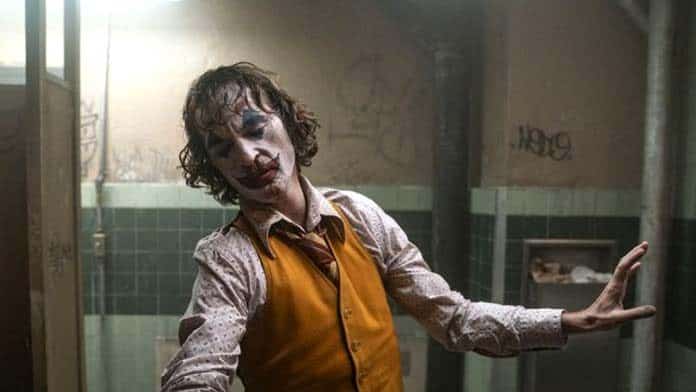 Joker is a powerful indictment of austerity and its effects on those at the bottom of society. Yet it also falls into right-wing clichés about the potency of radical left politics.

The film, set in Ronald Reagan’s America, is an origin story of the villain in the Batman comics. His real name is Arthur Fleck, an aspiring stand-up comedian who works as a rent-a-clown. He also takes care of his unwell mother in a city where the public health infrastructure is falling apart, like everything else.

Arthur has depression and another condition which causes him to laugh uncontrollably. This is the source of his macabre laughter which punctuates many of the miserable moments in the film. He suffers every imaginable humiliation that down and out workers in the big city could—he gets mocked, beaten up, mugged, rejected, and fired.

Despite this, he manages to maintain a moral compass until his final breakdown. After he gets mugged by a group of teens, some of them black, his co-worker calls them “animals” and “savages”. But Arthur rejects this racist, dehumanising talk and says, “They’re just kids.”

Some commentators have cast the film as an alt-right manifesto, depicting the misogynistic tendencies of white, male loners.

But when Arthur does lash out, it is mostly in self-defence against the arrogant rich – he kills three Wall Street guys who sexually harass a woman on the subway, and then mock his ailment. Arthur’s neighbour says of the Wall Street guys: “fuck ‘em”, and we are encouraged to sympathise with her.

On display is the brutal inequality in a capitalist society where the media grieve over the death of three wealthy bankers but, as Arthur says: “if it were me on the street, dying on the pavement, you would step over my corpse”.

Mental health workers are trying their best to provide Arthur with adequate support, but their funding is slashed and they eventually shut the clinic. This leaves him with nowhere to source his medication. One of the workers says to him that the city’s rulers: “don’t give a shit about people like you Arthur, and they don’t give a shit about people like me either.” It’s a touching bit of class solidarity, bleak though it is.

The film can’t help but include the political context it is embroiled in: Trump’s America, where there are tax cuts for billionaires but austerity for everyone else. There are several striking images of sick people languishing in dilapidated hospitals, which taps into debates about universal healthcare, like that proposed by Bernie Sanders.

The depictions of the police are also wholly negative. One of the first interactions comes when two detectives accost Arthur outside the hospital where his mother lies after just suffering a stroke. We learn that the cops likely caused the stroke because of the distress they put his mother in with the questions they threw at her about Arthur. They feign sympathy, but insensitively press on with their questions. Later, when they are chasing Arthur, they shoot indiscriminately into a crowd of protestors, killing one person before the crowd turns on them.

While Joker claims he has no politics, he denounces the social services funding cuts and the marginalisation of the poor. He also attacks the self-appointed liberal elite like talk-show star Murray who judge “what is right and wrong, what is funny and not funny.”

The Joker becomes a symbol of an anti-rich movement through his shooting of the Wall Street guys, after the media dubs him an “anti-rich vigilante”.

The movement explodes into a riot after billionaire Thomas Wayne decides to run for mayor and calls the protestors a bunch of “clowns”—a reference to Hilary Clinton’s dismissal of Trump supporters as “deplorables”. The protestors start donning clown masks and besieging government buildings.

The film depicts this uprising against the elite as chaotic. There are scenes filled with looting, property destruction and indiscriminate violence. These are essentially conservative tropes: radical politics can only ever lead to indiscriminate violence and authoritarianism, so better to stick to gradual reforms won through parliament rather than come out on the streets.

Ultimately, the politics of the film are a hodgepodge—what you’d expect from a Hollywood blockbuster that aims at maximising ticket sales.

It feels more like a warning to our rulers—that they need to provide at least some minor reforms or else face mob violence—rather than a call to arms for workers and the poor.

But its depiction of austerity and alienation are a reflection of the US today.