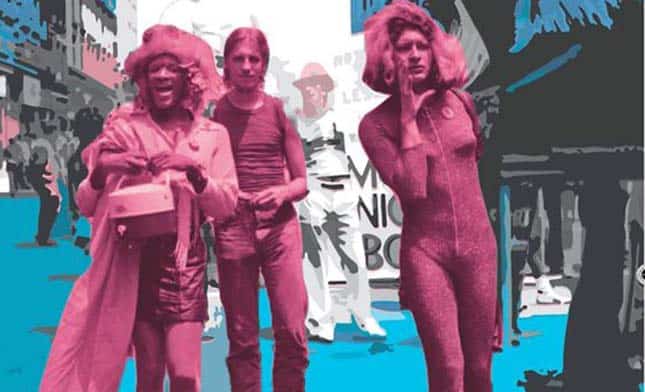 Laura Miles, a former lecturer, trade union activist and member of the UK’s Socialist Workers Party was the first openly trans person to serve on the national executive of a British trade union. Her new book, Transgender Resistance: Socialism and the Fight for Trans Liberation, provides a richly detailed and much needed Marxist perspective on transphobia’s material roots.

Despite increasing acceptance and visibility for trans people, in recent times, attacks on hard-won trans rights have intensified. Across the world, trans people continue to face high rates of deadly violence, catastrophic suicide rates and frequent exclusion from public life. The Transgender Murder Monitor, an international register, records 3317 trans people who have been murdered in the past decade.

Trans people 18 years and over are nearly 11 times more likely to attempt suicide than the general population.

One recent tragic case in Britain involved a trans schoolteacher, Lucy Meadows, who died by suicide after she was outed as trans by a local newspaper and then subjected to public attacks across the British press.

Transgender Resistance examines the fight for transgender rights across the world—including an in-depth examination of recent struggles in Britain. Miles’ analysis is clear that trans rights and so-called “gender ideology” have become such prominent targets for the conservative right in recent years.

For evidence of this offensive here in Australia, we do not need to look further than The Australian newspaper’s anti-trans campaign; the recent moral panics whipped up against “gender whisperers” and the Safe Schools program, or the transphobia of the ‘No’ campaign during the equal marriage plebiscite. In these cases, it is trans people and gender fluidity which are the clear targets of such transphobic bile.

Where does transphobia come from?

One of the book’s significant contributions is its overview of trans people in history and analysis of the role of class society and the development of the nuclear family in the establishment of trans people’s oppression.

There are many examples of gender variant people across place, time and culture; especially within pre-class societies. Respect for “trans” shamans in the late Palaeolithic period, Two-spirit people in some North American Indigenous tribes and the Hijra communities in the Indian sub-continent are just some examples that allow us to safely say that today’s Western “trans” or “non-binary” identities correspond with social roles that have been around for quite some time.

The book puts forward the argument that, although what we know today as non-binary and transgender expression has always existed, it is the emergence of class societies which led to the contemporary systematic oppression of trans people.

Miles’ analysis demonstrates that once a nascent ruling class had achieved control over women’s reproductive capability, the enforcement of a gendered division of labour became more strictly regulated.

The new ruling classes viewed control of women’s reproductive capacity as essential to ensuring the control and inheritance of wealth.

Even in today’s capitalist societies the nuclear family, and women’s subordinate role within it, remains of great importance to the system. Drawing on Engels’s work and understanding of the family, Miles points out that the nuclear family continues to ensure the reproduction of the next generation of workers at little to no cost to the ruling class itself.

The ruling class also promotes ideas that promote the nuclear family as the main and natural unit for sustaining and reproducing the next generation of workers.

Miles shows that transphobia and the enforcement of forms of appropriate sexuality and gender expression are essential parts of promoting the “family values” that underpin the nuclear family.

Strong links are drawn to the way in which the nuclear family remains the crucial site in the perpetuation of women’s oppression and the oppression of sexual minorities and gender variant people.

Miles also discusses ideas that are often drawn on to understand trans oppression including identity politics, queer theory and privilege theory. She argues that these approaches highlight identity, privilege and “difference”, emphasising the need to “organise around your own oppression” and reinforce strategies in which identity-based groups act independently from each other.

Despite their various contributions and insights, she argues that such theories provide a limited basis for fostering solidarity, collective action and a united struggle, and must be understood as rising to prominence in periods of defeat for the left in the West in the 1970s and 1980s.

Marxism, however, is better able to explain the material basis of trans peoples’ oppression and points to class, not as a form of “difference”, but as the key agent of social change. The working class has the ability both to organise powerful forms of struggle and to abolish class society all together.

Perhaps one of the most helpful aspects of Miles’ book is its discussion of transphobia on the left in the UK.

Since 2017, a government proposal to amend the Gender Recognition Act to recognise trans people’s right to self-identify their gender, without the need for a medical diagnosis and a lengthy bureaucratic procedure, has provoked debate within the left. A minority of anti-trans feminists, who have opposed the reforms, have adopted a transphobic position (most often directed at trans women).

They assert that “sex” and “biology” alone determines gender and frequently argue that trans women pose a threat of violence in women-only spaces, such as bathrooms and in domestic violence shelters, and that the legal changes undermine cis-gendered (that is, non-trans) women’s rights.

Claims about trans women committing violent acts in women-only spaces wilfully deny the reality that trans women face extremely high rates of violence and are much more likely to experience violence than perpetrate it.

Reports of trans women attacking women in refuges and public bathrooms are almost non-existent and where legislative bans against trans people using public restrooms have been implemented (such as in some US states) this has also led to greater suspicion and attacks on cis-gendered, gender non-conforming women.

Miles explains how many anti-trans feminists have been influenced by Janice Raymond’s brand of virulent transphobic feminism. Raymond, author of the 1979 book, Transsexual Empire: The Making of the She-Male, prepared a report for Republican President Ronald Reagan, which eventually informed his administration’s position on medical care for trans people.

Reagan cut trans access to social services in the US, in part as a response to anti-trans feminist activism, which dovetailed with his own conservative politics. Although transphobes and trans critics are a small minority, the backlash against trans self-identification and non-binary recognition from some feminists has fallen into step with the conservative right’s agenda.

Miles demonstrates how women and trans people are two groups often hit extremely hard by cuts to social services and neo-liberal policies. This is true in the UK, where anti-trans feminists strategically frame women’s rights as being in competition with trans rights.

This logic needs to be directly opposed and socialists must start from recognising the material reality of both trans and women’s oppression.

Miles argues that in order to achieve trans and women’s liberation, we need a united front to promote common struggle; emphasising how both trans people and all women have shared interests against a common enemy.

The left must show clear solidarity with trans people. But the fight for trans people to be able to live authentic lives is far from over. How should that fight be waged?

History demonstrates that the highest points of struggle against oppression for trans people has been where there has been the greatest working class challenge to capitalist rule.

The case is made by Miles that the relatively small number and limited social weight of LGBTI+ people is a necessary consideration in the struggle for trans and queer liberation—self-organisation often does not have the power to radically change society. Building solidarity is essential in order to link up the power of the organised working class in struggles for trans rights.

Inspiring examples of such solidarity include the work of Lesbians and Gays Support the Miners (LGSM), a solidarity group which raised money for British miners during their historic strike of 1984-1985; and the ways in which socialist and gay activists in the Britain took the fight against HIV/AIDS into their workplaces and won wider working class support.

Transgender Resistance not only fills an important gap in socialist literature on trans and non-binary peoples’ oppression, it provides fresh perspectives on debates within queer politics and draws out the important role of socialists and unionists in historic struggles for LGBTI+ rights that continue today.

The book is accessible, yet detailed, and offers something for those well versed in debates and those who are eager to learn more. Its conclusion and call to action emphasises the need for mutual solidarity and for resistance to transphobia in the streets, in our workplaces and everywhere we see it.

Transgender Resistance: Socialism and the Fight for Trans Liberation
By Laura Miles, Bookmarks