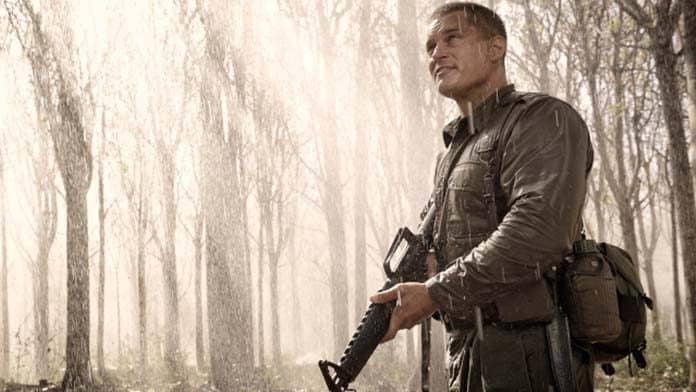 In 1944, George Orwell wrote that he feared the true history of the Spanish Civil War would never be told, “History is written by the winners,” he said.

It usually is. But in the case of the Vietnam War (or the American War, as the Vietnamese call it), although the Vietnamese decisively defeated the US and Australian imperialism, the losers are constantly trying to rewrite their loss as a victory.

It is not a good sign when the film’s producer, Martin Walsh, perpetuates common myths associated with Vietnam War vets, telling the media, “They were treated like shit when they came back. They wouldn’t let them join the RSL, they were called baby killers.”

Walsh should have read the recently published book, Australia’s Vietnam Myths vs History by Mark Dapin. Dapin is not an anti-war activist—he is a war historian—and there are points in the book to take issue with. But he has done history a service by debunking these myths, including that Vietnam Vets were spat on, that there were airport demonstrations against returning soldiers, and that there were no “welcome home” parades.

There were in fact too many welcome home parades, Dapin documents 16 between 1966 and 1971.

No doubt Vietnam Vets have been badly treated by the Australian Army. As in every other war, the conscripts and the regular service personnel were just so much cannon fodder sent to do the dirty business of Australian imperialism. But there is no solace in trying to gloss the bloody history of the Australian army.

Much is made of the “victory” of Long Tan—how 108 Australian soldiers held off a force of 2000 Vietnamese.

One review gushed, “This is the story of how a small bunch of men head off a military disaster—basically through sheer grit.” But the real story is the tremendous heroism of the Vietnamese who were up against the tactical advantage and enormous power of Australia and US imperialism.

Hundreds of Vietnamese were killed by the massive bombardment of US, New Zealand and Australian artillery, firing 3500 artillery rounds in three hours.

The much-vaunted Australian commander on the day, Lt Col Harry Smith, says he can still see the blood of the Vietnamese on the trees at Long Tan. In the days following Long Tan, Australian soldiers found body parts, and Vietnamese corpses, spread across the battlefield.

The Australian version of the “victory” puts the number of Vietnamese dead at as many as 800. But Ernie Chamberlain, a retired Australian army brigadier, a in privately published book in 2016, has arrived at a more accurate figure of 178.

Ashley Ekins, head of the Australian war memorial history section, put the argument in context, saying that according to the reports of Australian soldiers it was impossible for them to get an accurate tally of the enemy dead because artillery fire had mangled so many of the bodies.

The Australian Army celebrates Vietnam Veterans Day on the anniversary of the battle of Long Tan each year on 18 August in an attempt to reclaim the history from the Vietnamese and the anti-war movement.

It is typical of the arrogance of Australian imperialism that the Long Tan cross does not bear the names of the Vietnamese who died so needlessly. How politically satisfying that original brass commemoration plaque was taken and turned into a cooking plate.

In 2016, one Vietnamese told The Conversation, “The idea that foreigners come here and commemorate (or celebrate in the people’s minds) a war event in which we were enemies is outrageous to most of us.” It should be outrageous to us, too.

When John Wayne’s propaganda movie, The Green Berets played in picture theatres in the late 1960s, anti-war activists picketed and disrupted screenings as part of building the anti-war movement.

There won’t be pickets of screenings of Danger Close, but the film is just as surely a propaganda attempt to rehabilitate the Vietnam War and whitewash imperialist intervention. The New York Times reported that is some pre-screenings, “veterans of past wars spoke up saying they thought [the film] was glorifying the Australian military”. Tellingly that has not been reported in Australia.

A generation learned about the horrors of imperialism during the Vietnam War. Workers took strike action and hundreds of thousands marched to end the war.

With thousands of US troops now stationed in Darwin, and the government preparing to join yet another US military venture in the Gulf, it is the anti-war movement that should be celebrated, not Australia’s killing machine.

The real story of Long Tan and the defeat of Australian imperialism is still waiting to be written by the victors.

The ANZUS treaty has been key to Australia’s efforts to secure US backing for its own imperialist interests in the local region, writes Miro Sandev