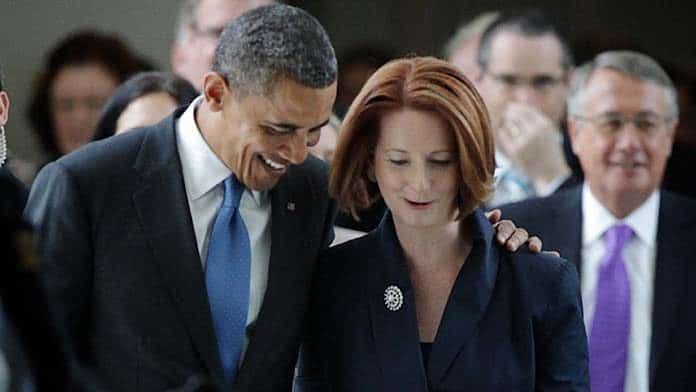 Jeff Sparrow’s Trigger Warnings argues that the left’s abandonment of mass organising and its commitment to identity politics has allowed the right to gain ground in the US and Australia.

The book attempts to explain how a man like Trump, a billionaire who literally travels in a golden lift, came to power in the US on an “anti-establishment” platform.

Sparrow charts the decline in the level of working class struggle in Australia and the mass social movements throughout the West from the late 1970s. He looks at how the widespread pessimism produced by these defeats, as well as the absorption of a layer of radical activists into the professional class and academia, meant that the left turned away from mass organising towards bureaucratic strategies—what Sparrow calls “delegated politics”.

Trigger Warnings offers a valuable critique of the identity politics that emerged out of this period and its debilitating effect on the left.

Identity politics precludes the possibilities for the kind of mass, united struggles against oppression that existed in the 1960s and 1970s, because it is based on the idea that only those who experience a specific form of oppression can be relied on to challenge it. By extension, privilege theory holds that everyone, whether working class or ruling class, who doesn’t experience a particular oppression necessarily benefits from it.

Sparrow argues that, “In the past, the left had taken for granted the progressive credentials of the working class”. Indeed socialists have always seen questions of oppression and exploitation as inextricably linked and argued that workers have both the collective interest in and the power to fight both.

But identity politics led people to see questions of oppression as being separate to material questions like wages, working conditions and public services, rooted in something separate to capitalism.

Sparrow insists that much of the left has become dismissive and even contemptuous of the working class, and that, “progressives confirmed everything the culture warriors said: they openly embraced the condescending stereotype of the liberal elitist.”

Therefore, the left has looked increasingly to the state, or female, black or LGBTI politicians or even celebrities to challenge oppression.

This approach, according to Sparrow, means people like Pauline Hanson have been able to typecast the left as only interested in “minority” issues and to claim that questions of oppression are the preserve of “progressive elites”.

Although the far right’s strongest support is in the middle class, by seeing questions of oppression and economic struggles as counterposed, the left leaves the way open for the right to prey on the legitimate economic concerns of working class people. The popularity of Trump’s promise to “bring back jobs” to the US, while he slandered migrants and women, is a frightening demonstration of this.

Sparrow makes the important point that the answer is not for the left to abandon struggles against oppression to fight for economic justice, but to recognise that they are one and the same.

However, Sparrow’s emphasis on the role of identity politics means that there is sometimes an oversimplification of the political dynamics of the neo-liberal period.

John Howard, for example, did not win the 1996 election by decrying political correctness. He rode in on the back of years of Labor’s neo-liberal attacks, which alienated working class voters.

Indeed, Howard’s attempts to whip up racism as Liberal leader in the 1980s had flopped. It was only after his election that he began to rely on racism to drive through his deeply unpopular economic agenda.

There was also significant resistance to this agenda, led largely by the unions, which barely gets a mention. And when Howard introduced WorkChoices in 2006, it led to his defeat, partly through mass union mobilisations.

Howard did get away with too much, like the introduction of the GST and offshore processing of refugees, and changes to industrial relations laws. The unwillingness of the broad left to fight strongly enough to defeat these requires an analysis that goes beyond questions of political correctness.

The far right has grown not just out of the racism created by mainstream parties across the world, particularly against Muslims and refugees, but also the economic austerity meted out by those same parties.

It is also true that the left has “delegated” too many of its political struggles to Labor since the 1980s. But the book falls short of providing an image of what mass organising actually looks like.

The example Sparrow provides for grassroots organising is the Marriage Equality campaign. The Yes result was an important victory and did put pay to the idea that ordinary people are responsible for homophobia. But the mainstream Yes campaign focused narrowly on marriage at the expense of broader demands, like the rights of trans children and LGBTI teachers, and effectively demobilised the movement after marriage equality was introduced.

Nevertheless, Trigger Warnings is a useful critique of the identity politics that have demobilised the left at a time when mass struggles are so sorely needed to beat back sexism, racism, homophobia and neo-liberalism.

Sparrow’s call for a politics that draws in wider layers of people on the basis of solidarity, rather than moralism and division, is one that should be heeded.

Trigger Warnings: Political correctness and the rise of the right
By Jeff Sparrow, Scribe, $29.99

From Pauline Hanson to Geert Wilders: stopping the rise of the racist far right