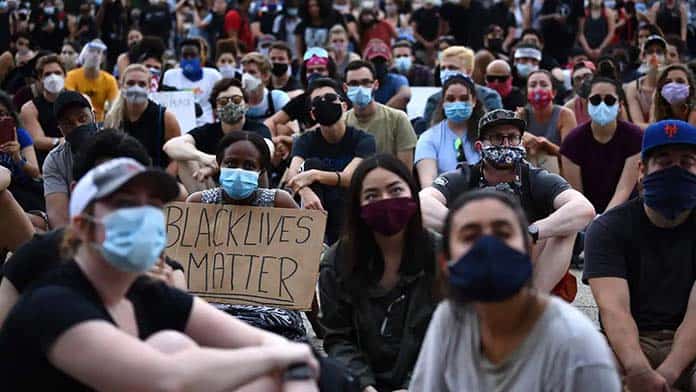 Unfortunately, for workers seeking to build anti-racism in their workplace, this book is best read as a how-not-to guide. The book is actually built around author Robin DiAngelo’s experiences of consistent, comprehensive failure to build anti-racist solidarity through the diversity training workshops she offers to businesses.

Rather than considering the flaws in her own identity politics theory and class-blind strategy, DiAngelo has doubled-down to conclude that white people are condemned to a pathetically fragile psychology and a permanently racist outlook. The best whites can do is to build up what she calls “racial stamina” and seize opportunities to be publicly called out (or given “feedback” as DiAngelo puts it.) There is no pathway to struggle and united resistance in this book.

A central flaw in DiAngelo’s book is its acceptance that white supremacy means that all white people benefit from racism.

DiAngelo accurately describes the racially segregated society in the United States, and the racist ideology that enforces it. Most of her description could equally apply to Australia. Racism determines that in the scramble for jobs, housing, and education, white people consistently do better than Black people. Systemic racist discrimination is disguised by meritocratic and individualistic illusions, which make it seem like white people fare better in general because of an innate or cultural superiority. So far, so true.

But DiAngelo accepts the myths pushed by the racists who run our society—that having white skin gives someone a stake in the system, and a material interest in participating in the oppression of Black people.

To support the theory of white supremacy, that all whites collectively hold power as a race, DiAngelo cites the domination of whites in ruling class positions—the richest and most powerful people in the US are, unsurprisingly, almost all white.

To DiAngelo, there is no difference between their power and the crumbs of relative advantage that (some) working class whites have, like, “a sense of belonging, a sense of self-worth, and the psychological freedom from racism”. The theory of white supremacy says these crumbs are evidence of whites being complicit with systemic racism. In reality, despite the crumbs, white workers have more in common with black workers than their white bosses.

It is a tragic irony that in trying to break “white solidarity” DiAngelo actually focuses on convincing white people that they do have an interest in systemic racism. Her book is full of anecdotes of people in her workshops insisting otherwise, but DiAngelo turns their insight into grist for her (lucrative) diversity training mill. Having Black family members, participation in civil rights marches, having multi-racial co-workers, friends and neighbours, having experiences of other forms of oppressions all show how the lives and interests of Black and white workers intertwine, and the common interest we have in fighting racism.

But when her participants call attention to these common interests DiAngelo insidiously accuses them of refusing to own up to their racism and therefore their complicity in maintaining the racial status quo.

DiAngelo acknowledges that race and racism were created to bridge the (bourgeois) ideology of social equality with the economic reality that the United States was based on, “the abduction and enslavement of African people and the displacement and genocide of Indigenous people and the annexation of Mexican lands.”

But, for DiAngelo, racism is no longer a tool used in the service of the ruling class, but something that upholds white supremacy with its own separate dynamic.

In reality, ruling classes around the world actively use racism to bolster nationalism and fear and justify oppression. While workers often accept their ideas, it is the ruling class that holds the levers of power, ideologically and economically. Workers do not create detention centres, run the racist media and police, set unequal pay rates, nor control the distorted school curriculum.

This blindness to the way capitalists use racism leaves DiAngelo and her participants in a disorienting trap. Diversity training like DiAngelo’s—anti-racism through psychological flagellation of the workforce—offers bosses the perfect solution, to blame workers as the cause of racism.

With all participants looking inward and building their stamina for being called out, workers are deprived of the understanding that is needed to build stamina for the united protests and strikes needed to defund the police, raise the minimum wage, and fight together against racial discrimination in schools or workplaces.

The lessons of the Black Lives Matter movement have far more to offer than anything in DiAngelo’s book. Black and white can, and do, unite to fight racism. From Portland to Sydney, white people have stood up in solidarity with Black people under the slogan, “it’s not Black versus white, it’s racists versus anti-racists”.

White Fragility: Why it’s so hard for white people to talk about racism