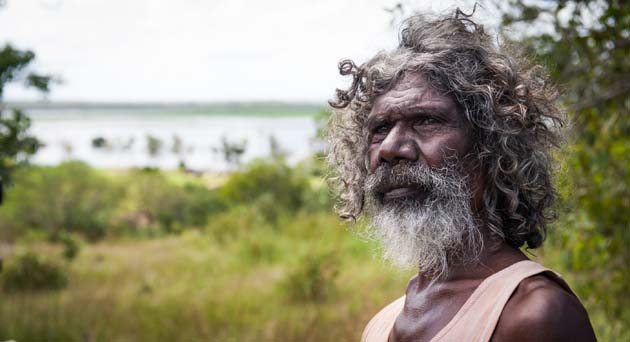 Charlie’s country is a beautifully shot and brutally honest portrayal of life under apartheid in the Northern Territory. Directed by Rolf de Heer and starring David Gulpilil as Charlie, the movie is an uncompromising portrayal of the everyday humiliation suffered by Aboriginal people subjected to the NT Intervention.

De Heer is a director who does not shy away from the unsettling relationship government authorities have with Aboriginal people. In 2002, he challenged Howard’s gentle pioneering version of history with The Tracker. This was also a collaboration with Gulpilil, who played an Aboriginal man forced to hunt a black fugitive. It highlighted the arbitrary slaughter of “bush blacks” by mounted police.

Charlie’s Country is a contemporary story of struggle for Aboriginal existence. Massacres may be in the past, but the policies Aboriginal people are subjected to are slowly killing people through dehumanisation and poverty. The Intervention in 2007, rebranded “Stronger Futures” by the Labor government in 2012, destroyed community councils and employment schemes, imposed government managers and police and continues to subject Aboriginal people to a range of race-based control measures.

Set in a remote Top End community, Charlie lives in a humpy and is sick of the powerlessness of life under this regime. He asks the resident white manager, Errol, for a house and is told “the government has already given you one house”. Charlie explains that it is full and there is no room for him—Errol stares blankly. Charlie challenges him: “you got a job and you got a house on my land. Where’s my house? Where’s my job?”

De Heer illustrates not just the calm beauty of the Top End landscapes, but also of the Yolgnu people. On payday, Charlie gives his money to those who need it. But his natural generosity isn’t compatible with the imposed economy and what’s left doesn’t last long in the overpriced community store.

So Charlie and his best friend Pete (Peter Djigirr) go hunting for buffalo in his broken down truck. This opens a hilarious scene which ends with a dead beast the size of the truck tied to the bonnet. But the humour doesn’t last long—police are hiding in the bush stopping cars to search for alcohol and harass local people. They confiscate Charlie and Pete’s rifles, the car and the buffalo.

Charlie emerges pissed off and starving. He makes a spear and sets off hunting once more, only to be stopped by the police again.

Every time Charlie comes into contact with white society he is patronised, dismissed or disrespected. The message is clear—everything about being Aboriginal is wrong and doesn’t fit.

Something switches in Charlie and the tone of the film changes. Charlie heads bush and we see him reconnect with his “mother land”, his ancestors and the joy of discovering his own “bush supermarket”. Gulpilil really comes into his own here, in a performance which earned him “best actor” at the Cannes film festival.

Gulpilil revives Charlie, brings him back his dignity. But it breaks the viewer’s heart as we know that almost inevitably it can’t last. The world has permanently changed.

What follows is Charlie’s journey as a despised outsider in Darwin, treated with open contempt. Charlie’s spiral into alcohol abuse, violence and the inside of a prison cell is sadly, a story that is all too common. But De Heer’s portrayal of the racist structures that push Aboriginal people into these situations is a fantastic antidote to the blame-the-victim narrative of Aboriginal “dysfunction” that dominates mainstream political debate.

Radio National’s film critic, Jason Di Rosso, has criticised Charlie’s Country as lacking “ambiguity” and for depicting thinly drawn racist characters. In fact that is the film’s strength. There is no ambiguity to the racism in the NT—it is blatant and is written into law.

The latest offensive has been in Alice Springs, where police have been stationed outside every bottle shop in town enforcing laws which prohibit alcohol on all Aboriginal lands.

Aboriginal people are racially profiled and shamed in front of fellow shoppers as police force them to prove where they live. A statue of “explorer” John McDowell Stuart, holding a massive gun, has just been erected in a public park in Alice Springs. Stuart was responsible for at least two massacres of Aboriginal people. This in a town where a third of the population is Aboriginal.

It is refreshing to get a non-sanitised Aboriginal perspective on Australian culture. Like John Pilger’s Utopia this film will make people uncomfortable—and it should.