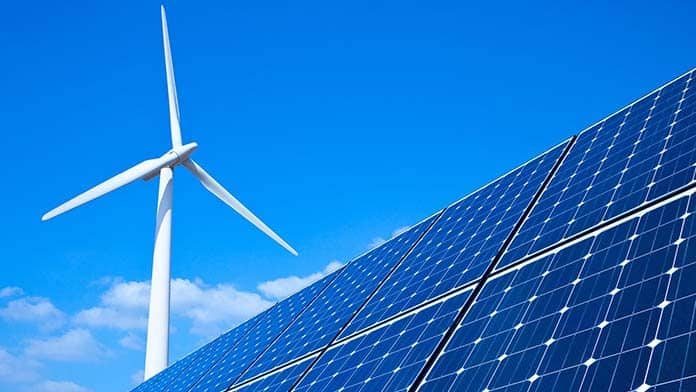 Naomi Klein’s new book taps into a growing sentiment around the need for large-scale social transformation in response to the climate crisis, which is coalescing around the call for a Green New Deal.

Democrats like Bernie Sanders and Alexandria Ocasio-Cortez have helped popularise it, and new Australian Greens leader Adam Bandt has also made it a focus.

It would also involve providing a job guarantee, and increasing welfare payments and free education and healthcare, as a way of tackling growing inequality.

The focus on positive demands for jobs and increased living standards, not just blocking fossil fuels developments, is an important step forward for the environmental movement and should be encouraged.

The key question is how can we win these kinds of policies and what power must be mobilised?

While Klein talks about the importance of social movements, the framework of the Green New Deal revolves around electing progressive politicians to legislate it—she mentions Democrats Bernie Sanders and Elizabeth Warren as people with a track record of standing up to the vested interests.

Klein explicitly looks to US President Franklin Delano Roosevelt’s New Deal in the 1930’s, which included expansion of public investment in housing, infrastructure, education, health and social security as well as job guarantees.

While American capitalists disliked some parts of the New Deal, overall they were enthusiastic supporters of it as a way of saving capitalism from itself.

The US in the 1930s was in the grips of the Great Depression: capitalists had stopped investing, production was contracting and up to a third of the working age population was unemployed. Government investment on a mass scale could generate new demand to help private investment.

The New Deal was also attractive to capitalists because it included policies that co-opted the leadership of the unions into doing deals with bosses quickly, instead of organising protracted strikes that hurt profits. It made it harder for union branches to go on strike legally if they did not have the support of their national leadership, who were usually more conservative.

Another of the big differences between FDR’s New Deal and Klein’s version is that Klein’s would include the phasing out of the fossil fuel industries, which are still very profitable. This will be vigorously opposed by the capitalists.

Klein understands that the bosses will have to be fought in order to deliver even a slice of the Green New Deal, but she underestimates the ferocity of the bosses’ response.

They are willing to unleash vicious police brutality on movements like the Yellow Vests and general strikes in France. These movements by comparison are calling for quite moderate demands. The repression against a militant Green New Deal movement, backed by strikes, would be much worse.

Klein’s book articulates the need for system change in order to address the climate crisis and is right in saying we need to, “confront the economic order and replace it with something that is rooted in both human and planetary security”.

But when she discusses what this economic order is, she references “deregulated capitalism” as the main obstacle to a just transition. This suggests a more regulated capitalism could tolerate the huge cuts into profits that are required to avert climate disaster.

But the truth is no form of legal regulation can alter the relations of production in capitalism which are the ultimate cause of climate change.

Climate change is caused by a system that is addicted to fossil fuels which, as Marx said, “robs both the soil and the worker”.

Capitalism will need to be smashed, not “saved from itself”.

In order to build the workers’ power that can ultimately do this, any Green New Deal movement needs to be deeply embedded in the already existing struggles workers are waging, like the recent teachers’ strikes.

And it cannot pin its hopes on presidential hopefuls like Bernie Sanders. It must call on  workers to take matters into their own hands—to go on strike and force the government to build public renewables and transition the economy away from fossil fuels, regardless of who sits in the White House.

On Fire, The Burning Case for a Green New Deal

Morrison backs gas expansion in show of contempt for climate