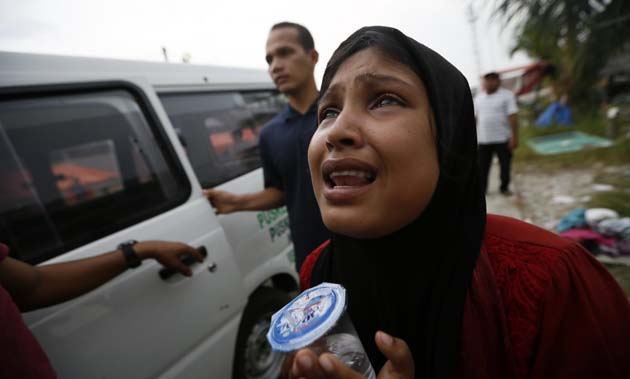 Labor had been vigorously pursuing Abbott and Immigration Minister Peter Dutton over paying the crew of asylum boats to return to Indonesia. But they suddenly went quiet when the spotlight turned on secret payments made when they were in government.

The incident has also raised the question of whether or not a Labor government would adopt Coalition policy and turn back asylum boats.

Once there was no question: Labor ruled out turnbacks. In October last year when Opposition spokesperson Richard Marles said he was “open-minded” about boat turn-arounds, Labor leader Bill Shorten’s response was emphatic, “I want to make it crystal clear, there has been no change to Labor’s policy on Tony Abbott’s secret turnbacks. I cannot be clearer than that.”

In May, when Abbott was urging Malaysia, Indonesia and Thailand to ignore the deaths at sea and turn back the boats of Rohingya asylum seekers, Shorten has a perfect opportunity to repudiate the turnback policy. But he didn’t.

At one press conference on 20 May, he avoided direct questions about where Labor stands on turnbacks six times.

But in June, the shadow Immigration Minister, Richard Marles, said he was still “open-minded” about turnbacks, saying, “I’m not about to play a game of ruling things in or out… If there was a situation where Indonesia were co-operating with this policy, I think that’s a complete game-changer.”

Asylum seeker policy will be a central feature of discussion at the ALP’s national conference in Melbourne on 24-26 July. The policy being put to the conference is silent on turnbacks. Bill Shorten and Richard Marles would like to leave it that way, so they can continue to fudge the issue before the election and to leave open the possibility of a future Labor government maintaining Liberal policy.

Will they or won’t they adopt turnbacks? A lot depends on what the refugee campaign does between now and the next election.

Labor for Refugees will certainly be moving a resolution to amend Labor’s platform to close Manus and Nauru. The push to change Labor policy was given a boost when the recent ACTU Congress carried an excellent policy rejecting offshore processing.

Building the fight to change Labor’s policy is one very good reason to support the call from Melbourne’s Refugee Action Collective for a national protest outside the Labor conference. The Labor leaders need to know there is a determined national campaign that will not compromise on the rights of asylum seekers and refugees. And we need as many Labor party members, supporters and trade unionists as we can get to be part of that fight.