In the last two weeks of June, over 90 lives were lost at sea when two asylum boats capsized on their way to Australia. The first tragedy was entirely preventable. But rather than take responsibility for the deaths, Labor has used them in a bid to further violate the rights of asylum seekers.

They tried to ram through Independent MP Rob Oakeshott’s offshore processing bill to give them the power to send asylum seekers to Malaysia.

It was an astonishing display of hypocrisy from both Labor and the Coalition. Both sides of politics agreed that asylum seeker boats should be turned around—Labor said Malaysia, the Coalition said Nauru.

There were crocodile tears and wringing of hands from Coalition MPs as they cried that their conscience would not allow them to vote to expel unaccompanied minors to Malaysia. But indefinite detention on Nauru? That’s just fine. Turning boats back to Indonesia? That’s a-okay, too.

Historically, Labor has opposed temporary protection visas (TPVs), but there was nothing it wouldn’t stoop to in their bid to get the Coalition’s votes. As well as offering an inquiry into re-introducing TPVs, they even, shamefully, offered to open Nauru.

Oakeshott’s bill was carried in the House of Representatives, but was voted down in the Senate, with The Greens voting with the Coalition.

Abbott has taken the opportunity to go on the offensive, vowing to introduce TPVs and turn the boats back to Indonesia if he wins the next election. 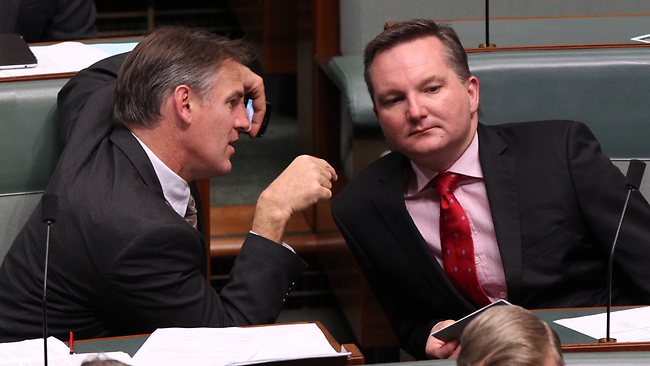 If they were really concerned about the deaths, they could make the review in response to the sinking an open judicial inquiry. Instead, Home Affairs Minister Jason Clare has announced that Customs (supported by the Australian Maritime Safety Authority and the Department of Defence) will review the response to the sinking.

Meanwhile, Labor has established a review committee to advise the government on offshore processing before the August parliamentary sitting. The committee is loaded not with refugee advocates but with experts in “border protection”—ex-navy admiral Angus Houston, Paris Aristotle (a long time member of Howard’s Immigration Detention Advisory Group) and Professor Michael l’Estrange. Once described as a close political ally and confidant of John Howard, he is a Liberal Party insider, conservative intellectual and now director of the National Security College at ANU. No prizes for guessing what their recommendations will be.

However, the review has brought refugee groups closer together around demands for a humanitarian “solution” that rejects stopping the boats and focuses on providing an enduring solution to protect and resettle asylum seekers. Although a number of groups are advocating immediately bringing 1000 refugees from Indonesia and 4000 from Malaysia, it is only the refugee action groups that are demanding guaranteed resettlement of refugees processed in Indonesia or Malaysia.

The Greens, to their credit, are implacably opposed to offshore processing and have also proposed emergency measures to bring refugees to Australia. But they are still advocating an undefined “regional solution” policy in the long term.

Declaring refugee boats welcome in Australia is key to the politics of the refugee campaign. Accepting the need to “stop the boats” only fuels the xenophobia and border protection nonsense that dominates the debate.

Boats must be welcome. Without that the only refugees who will be welcomed are the officially approved ones. That was the tragedy of the Fraser Government’s resettlement program for the Vietnamese in the 1970s.

“Acceptable” refugees were those that waited in approved camps in Malaysia and Indonesia, while Australian immigration officers drilled holes in the boats to ensure they could not travel to Australia. “Orderly migration” can easily become the vehicle for accepting deterrence measures against “unauthorised arrivals”.

But the willingness to welcome unauthorised arrivals is at the heart of a humanitarian refugee policy.

There is a lot that can be done—and must be done—to make the journey from Indonesia to Australia safer. Australia can take responsibility for monitoring and rescuing asylum boats. People smuggling must be decriminalised in Australia and Indonesia so that travel can be safer and organised openly. Navy boats could even escort asylum boats.

If Australia was willing to ensure speedy processing of asylum seekers in Indonesia and guarantee the resettlement of recognised refugees, far fewer asylum seekers would need to get on a boat.

None of this, however, can be an excuse for deterrence measures against asylum boats. Boats would still need to come directly from Sri Lanka, for example. Any asylum seekers arriving on boats must still be guaranteed protection without mandatory detention.

Nothing less is acceptable if the lives already lost at sea are not going to be lost in vain.