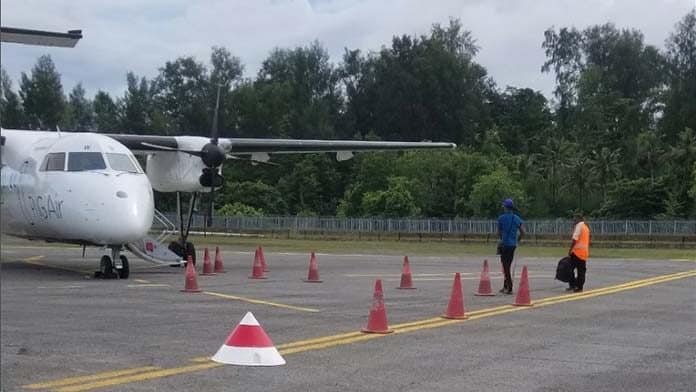 When the newly-installed Prime Minister of Papua New Guinea, James Marape, visited Australia in July, he reportedly told the Home Affairs Minister that he wanted to shut down the offshore processing regime in PNG “as soon as possible”.

In the last few weeks, all but five of the people detained on Manus have been transferred to Port Moresby. But the relocation does not signal the end of offshore detention in PNG, and the refugees are no closer to freedom.

Marape also raised hopes with his comment, “These are human beings we’re dealing with. We can’t leave them all hanging in space with no serious consideration into their future.” But PNG and Australian immigration are just shifting the detention deckchairs, there is no future for the refugees in Port Moresby.

There are now around 350 refugees in PNG, with around 70 of them waiting in Port Moresby to be resettled in the US. That leaves around 280 who have no future.

Successive attempts at settling refugees in Port Moresby have failed. There is not even basic food, accommodation and medical and mental health support to sustain them, let alone provide for the greater needs of refugees who have been brutalised by six years of detention on Manus.

JDA, the company supposedly responsible for refugee support services in Port Moresby, is one of the companies currently being investigated by the Australian National Audit Office over alleged contract irregularities, including billing for services that were not provided.

At the moment, refugees supposedly being settled in Port Moresby get an allowance of 160 kina a week (A$80), while refugees being housed in one of the hotels get 100 kina. But “settled” refugees have to pay for food, water, and transport. One hundred and sixty kina does not cover basic living costs.

Port Moresby is not safe and the refugees are easy targets. Most have been mugged and robbed, multiple times, often at knife or gun point. A taxi to get to the hospital for any medical treatment would easily cost 60 kina return.

There are no jobs, so most refugees in the community become destitute quite quickly and end up homeless. Desperate refugees have even tried to get back to the Manus detention centre, because they could not survive “in the community”.

The precise conditions that refugees will face in hotels in Port Moresby have not been spelled out. But, regardless, like the forced eviction from detention on the naval base to other compounds on Manus Island, relocation is not a solution. The government hopes the shift puts refugees in PNG out of sight and out of mind.

As Shamindan Kanapathi, one of the relocated refugees put it, “I have been waiting six years to leave Manus Island… But those of us who have left, still do not know what our future holds. We have left Manus to go to… nowhere.”

Meanwhile the government is still pushing to repeal the Medevac legislation so that it would once again have total control over the fate of refugees on Manus and Nauru. “Hands Off Medevac” rallies have been called for Saturday 9 November in Sydney, Melbourne and Brisbane.