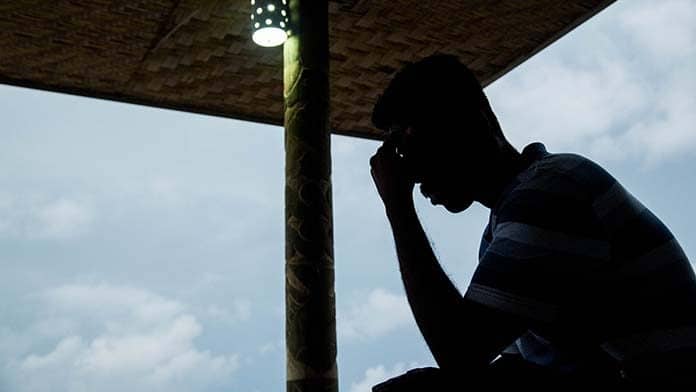 As this article was written, the Senate report on the Medevac laws was about to be handed down.

But the battlelines over Medevac are already drawn. Eleven peak medical colleges, as well as the AMA, have publicly called on the government not to repeal the Medevac legislation.

Yet the government has thrown everything at trying to scrap the Medevac laws; feeding headlines to the Herald Sun claiming that medevac transfers are costing $150,000 each. Ironically the article also includes the fact that the government has spent $185 million to open the Christmas Island detention centre that is now holding just the Tamil family from Biloela.

Dutton went on the rampage, feeding another story to the Courier Mail about stopping an Iranian father from accompanying his mentally ill daughter to Australia, on the basis simply of allegations rather than any criminal conviction, as if that was something to boast about.

The government desperately wants to reverse the historic defeat it suffered in February when the Morrison government lost the vote on the floor of Parliament, and the Medevac legislation was passed into law by Labor, The Greens and the independent cross-benchers.

Morrison and Dutton want a return to the days of the government having total control over the lives of the asylum seekers and refugees they dumped on Manus and Nauru in 2013—regardless of medical advice.

The real reason for pushing to repeal the Medevac laws was exposed in the “talking points” mistakenly sent to journalists in October, “It is the Government’s position that it should determine who is allowed to enter Australia, and the terms and conditions to be imposed on that entry, as is the right of every sovereign nation.”

Yet around 130 people have so far been brought from Manus and Nauru under the Medevac legislation. And a large majority of the transfers have been approved on the first application by Peter Dutton himself, exposing Dutton’s hypocrisy and putting the lie to the claims about offshore medical services.

Offshore detention has made everyone sick. The suicide in Brisbane of the mentally-distressed Afghan doctor brought to Australia from Manus two years ago is more shocking proof of the damage offshore detention does, and is still doing. The Medevac legislation is not going to end offshore detention. It is painfully slow, and many are left waiting even if they have registered.

But the government’s attempt to repeal the legislation is proof of its callous brutality and willingness to sacrifice more lives in the name of “border protection.”

We have no interest in protecting their border. Their border protects their system that has systematically tortured and denied medical treatment to women, men and children who sought Australia’s protection in 2013.

It is their system and their borders that are creating even more Kurdish refugees in Syria in 2019, at the same time as the Australian government has held Kurdish refugees imprisoned offshore for the last six years.

Opposing the government’s attempt to repeal Medevac is part of the fight to dismantle its whole punitive regime of mandatory detention, temporary protection visas and offshore detention.

By boat or plane refugees are welcome

Labor will vote against the repeal of the Medevac Bill, as they should. And they are calling for the Biloela Tamil family to be allowed to stay in Australia.

But these are exceptions to Labor’s mistaken strategy of attempting to outdo Dutton on people-smuggling by attacking him over the number of plane arrivals seeking asylum. Kristina Keneally’s attack on Dutton for not stopping plane arrivals plays into the Liberals’ arguments about border protection.

To consistently back a humanitarian policy, Labor must drop the border protection rhetoric along with its support for turnbacks and offshore detention. Asylum seekers should be welcome however they arrive—by boat or plane.