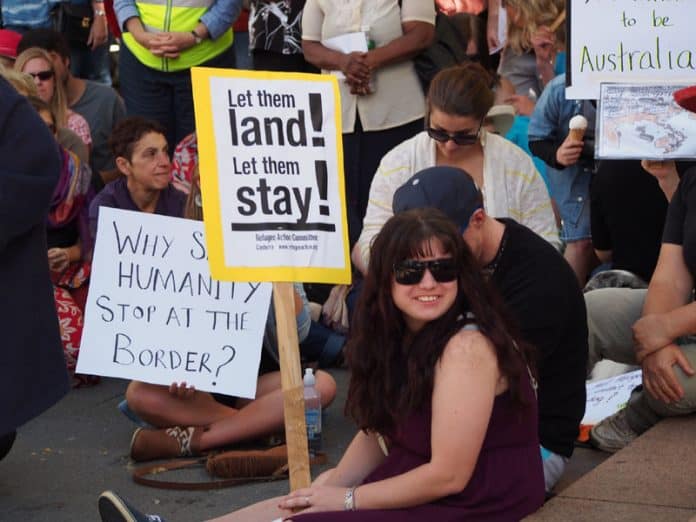 Reports claim that a deal between Australia and Cambodia to resettle refugees from Nauru in Cambodia could soon be signed. Since Nauru’s announcement that it would not allow permanent resettlement of refugees, Australia has had nowhere to resettle those on Nauru.

Any deal would potentially fill what the gaping hole in Australia’s offshore processing regime.

Cambodia is saying that the deal only allows for the voluntary resettlement of Nauruan refugees. But it does allow Scott Morrison to try to paper over the flaws in his regime.

There are still serious doubts about the deal; about both Cambodia’s ability to provide any enduring solution for Nauruan refugees and whether any refugees will go there at all. The Asia-Pacific director of Amnesty International Richard Bennett condemned the deal, saying, “Australia should be ending its offshore processing and detention of asylum seekers, not looking to outsource its refugee responsibilities to another, much poorer country.”

Few refugees would voluntarily go to Cambodia—given the poverty, lack of security and Cambodia’s reputation for human rights abuses.

Cambodia has form over asylum seekers. In 2009, after it took over processing asylum claims from the UNHCR, 20 Uighur asylum seekers (a persecuted Muslim minority in China’s west) were forcibly deported to China. The next day, China gave Cambodia a $1 billion aid package.

Uighur asylum seekers are again facing arrest and forcible removal. A Rohingyan asylum seeker who fled to Cambodia from Myanmar four years ago told the Sydney Morning Herald that he cannot get a job, open a bank account, or send money overseas.

The deal with Cambodia extends Australia’s neo-colonial reach into the Asia-Pacific as it attempts to draw a third poor country into its arrangements to undermine the refugee convention.

Coincidentally, Nauru announced its first refugee determinations in mid-May. Four Pakistanis have been granted refugee status, and at least one family has been moved into new refugee housing in the settled area of the Yaren district.

But refugee status on Nauru is not worth the paper it is written on—refugees are essentially trapped on Nauru—in a country that says they can’t stay. We need to keep up the pressure. Despite any Cambodia deal, it is still likely that eventually the refugees will have to be brought to Australia.