Refugees denied visas because of adverse assessments by ASIO are sitting in limbo in detention centres. Stephen Blanks, Secretary of the NSW Council for Civil Liberties, spoke at Politics in the Pub in Sydney about this scandal

“Fifty six people who have been found to be refugees, and entitled to protection in Australia under the Refugee Convention, are being held in detention for the rest of their lives on the basis of an adverse security assessment from ASIO.

When somebody can be detained for the rest of their life for reasons that they don’t know, without any right to challenge, that is indistinguishable from tyranny.

At least four of them are children under the age of eight. Their parents have adverse assessments, so the children are being kept in detention with the parents. Some of these children are into their third year of detention 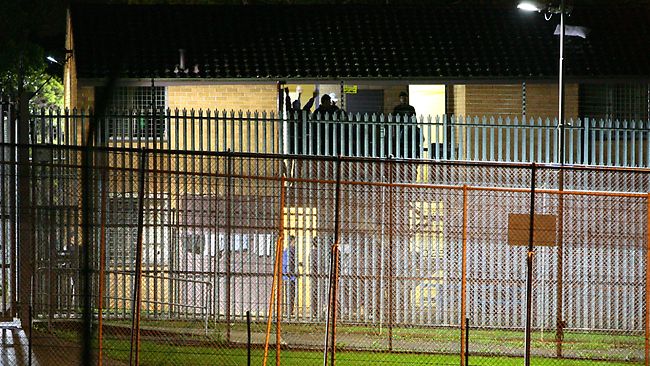 This is a truly shameful situation entirely of the government’s making. This is a problem which the government has the power to fix and so far hasn’t found the heart to do so.

ASIO routinely gives statements of reasons to the dozens of Australians who receive adverse security assessments each year.

Australians and permanent residents have a right to go to the Administrative Appeals Tribunal and challenge the assessment. It’s a merits review so that the tribunal reviews whether or not ASIO’s assessment on its merits can be justified.

Why should refugees have less rights than Australian citizens? What is it about the secrecy of ASIO that we can’t give them the same rights that we have?

One of the things that [the NSW Council for Civil Liberties] have done is made complaints to the Australian Human Rights Commission.

One of the things that the Australian Human Rights Commission amazingly uncovered is that ASIO gives a statement of reasons about why they’ve given adverse assessments of refugees to the Department of Immigration.

The parliamentary inquiry [into immigration detention] has taken secret evidence from people who are in the detention centres with adverse assessments, we’re hopeful that the committee will recommend some very simple changes to the law to give refugees the same rights that you and I have, if we get adverse security assessments.

But the Labor Party seems to have embarked on a course to frustrate and delay the implementation of any recommendations.

At its conference last December it resolved to refer this matter to the National Security Monitor for consideration. No referral has yet been made. Presumably the way this thing works in realpolitik is they will announce they’ve referred the committee’s recommendations to the national security monitor, the national security monitor will then take a few months to think about the issue and then it’ll go back to the government, and by that time it’ll be time for an election.(1)

This is going to be a growing issue because the number [of adverse assessments] is increasing at the rate of 40 or 50 a year. There have to be fair appeal rights for refugees that get adverse security assessments but ultimately we have to get to the position that you don’t lock people up for national security reasons.

One of the other things that we suggested to the Attorney General last year for people who get adverse assessments is perhaps ASIO might reconsider the matter each year.

We got a negative answer to that one. You get one assessment, that’s it for life.

So these people are going to stay in detention until you can force the government to change our system.”

1.     The parliamentary inquiry recommended that refugees be able to appeal to the AAT over adverse ASIO assessments, as well as periodic reviews by ASIO of adverse assessments. But the government has allowed the Immigration Department another six months to respond to the recommendations.