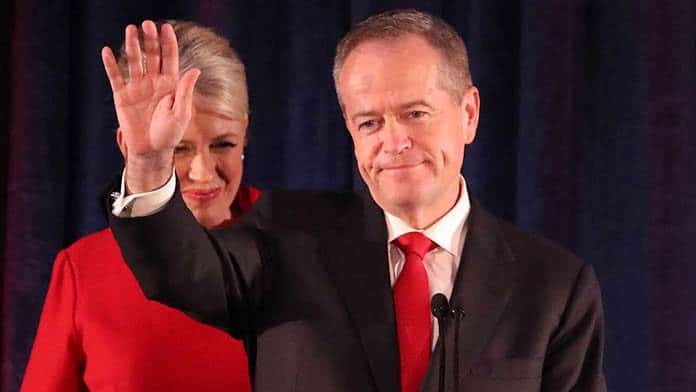 The election result has shocked everyone—from the pollsters to the pundits, Labor and even Scott Morrison himself.

For the last three years, polls showed that the Liberals would be defeated. But Morrison has won a narrow majority by picking up a handful of extra seats.

His scare campaign against Labor’s plans on franking credits and tax proved effective.

The political commentators are already concluding that Shorten’s plans were too bold and ambitious. But Labor equivocated when explaining its policies, rather than coming out clearly and saying they wanted to hit the rich.

The unions ran a concerted Change the Rules campaign, but it was focused overwhelmingly on doorknocking and leafleting in marginal electorates. Yet in some targeted seats there were swings to the Liberals.

The campaign was much worse than the Your Rights at Work campaign that was central to defeating John Howard in 2007. The series of YRAW national mass stopwork rallies put workers’ rights at the centre of the campaign against the Liberals.

Not this time. It was only in Victoria that there were large stopwork demonstrations that involved a significant cross-section of the union movement. It is no coincidence there was a small swing towards Labor in that state.

A union movement that was actively mobilising well before the election campaign could have helped put the social weight of the union movement behind class issues like increasing the minimum wage, restoring penalty rates and taxing the rich.

Instead workers were left wondering if Labor was serious about its promises about a living wage or tackling casual contracts.

Climate change was also a major issue in the election. One of the few things to celebrate on election night was Tony Abbott losing his seat to conservative independent and “climate leader” Zali Steggall on Sydney’s wealthy north shore. The Greens also held their vote and managed to keep their Senate seats.

Yet workers in Queensland swung heavily against Labor over its position on the Adani mine. Without a climate action policy that would guarantee existing jobs and create more, One Nation and Clive Palmer were able to win votes. Labor’s two-bob each way—with Shorten refusing to oppose Adani but also saying he might review it—made it look like coal miners’ jobs were at risk. It was a Trump moment in the Australian election.

The focus on the Stop Adani campaign without any serious campaign for climate jobs has proven to be a disaster. Demand for climate action that costs workers’ jobs will not win popular support, and only ends up boosting the far right.

As a result we have three more years of a government dominated by racists and climate deniers.

But there is large majority for action on climate change. The issue was ranked as “a critical threat”, by 64 per cent of people in this year’s Lowy Institute poll.

And the issue of climate change is far from settled. The Liberals still lack an energy policy, and Scott Morrison will be under pressure from big business to provide energy certainty. On election night retiring Liberal MP Julie Bishop declared that the party needed to re-consider the National Energy Guarantee, the policy it dumped during the push against Malcolm Turnbull.

The Liberal Party will continue to be divided over climate. Morrison has pandered to the hard right of the party, and some of them will want a Morrison government to build a new coal-fired power station. Already Melbourne climate demonstrators have blocked roads demanding the government call a climate emergency.

The global climate strike in September will be a chance to strike back at Morrison. High school students will strike again in big numbers. This time there needs to be a concerted mobilisation of unions and workers behind them. The call for serious government spending to create the jobs and the transition that is needed must be the central focus of ongoing climate campaigning.

As the economy slows, there will be more pressure from big business for cuts and further attacks on unions.

The election is a setback, but the government can be fought. Refugee rallies to re-ignite the demand to close Manus and Nauru have been called for 20 July.

It will be the unions’ industrial strength and willingness to take strike action to defend wages and conditions that will be crucial in the weeks and month ahead. Unions will have to be prepared to break the rules that limit solidarity and strike action. Three days after the election the TWU defiantly announced a national sector-wide campaign, “the most concerted push in our union’s history to bolster our bargaining power.”

That’s the kind of action that can wipe the grin off Morrison’s face and show where our real power lies to fight for climate action and system change.

Editorial: Turn rage at Morrison’s failure on rape into fightback against the Liberals’ sexist policies