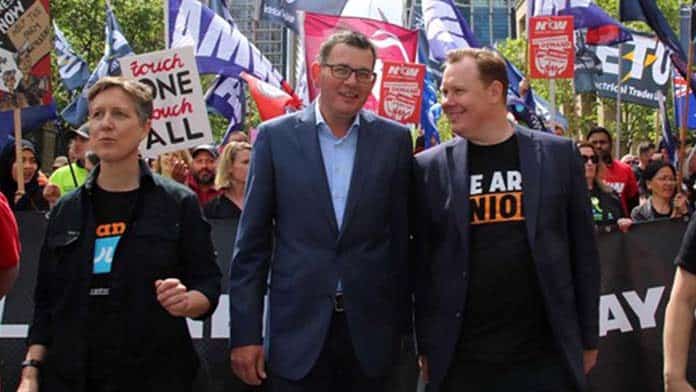 The Liberals’ rout in the Victorian election is also a massive defeat for Scott Morrison and the federal Liberal Party.

Morrison is on track for electoral humiliation next year. The Victorian result is a blow to Morrison’s hopes that ramping up fear about terrorism and immigration might save him. The party’s racist scare campaign about crime and “African gangs” failed completely.

Statewide Daniel Andrews’ Victorian Labor government won a swing of 5.5 per cent, with thumping gains of 10 per cent in marginal seats in Melbourne’s south-east.

Liberal leader Matthew Guy (backed by Peter Dutton) claimed that crime was “out of control” as he tried to drum up a law and order panic about “African gangs”. But there was actually a 7.8 per cent drop in crime in the last year.

He also seized on Shire Ali’s Bourke Street attack, claiming the Liberals would make changes that would have stopped his release on bail.

It all went nowhere. The dumping of Malcolm Turnbull as Prime Minister also damaged the Liberal vote in formerly safe seats.

The result has reignited tensions within the Liberals in Canberra, as the right manoeuvres to retain influence and “moderate” Liberals panic that moving to the right risks losing votes in inner city seats.

Labor’s shift to the left paid off. Its campaign on infrastructure and funding for hospitals, schools and TAFE won it support.

Daniel Andrews promised an extra $1.3 billion in health spending to employ 1100 additional nurses and midwives and upgrade community hospitals, as well as a 50 per cent renewable energy target.

But the most important element of Andrews’ win was the mobilisation by the union movement for his campaign—most crucially when tens of thousands marched to Change the Rules on 23 October.

But his promises to expand services do not go far enough. While he promised to build 80 new schools, the teachers’ union estimates an additional 1600 teachers will be needed each year for the next decade. And Victorian government schools have the lowest rate of per student funding in the country.

It is going to take union struggles in the months ahead to win more teachers and more funding.

Anti-racist mobilisation was also important. Andrews made concessions to the Liberals’ law and order scare, toughening bail laws last year. But he dropped the “anti-association bill” that would have targeted black youth, in the face of anti-racist rallies backed by the Sudanese community.

There is an important lesson for Labor federally—to end concessions to the racism and neo-liberalism of the Liberals, and push further to the left. Andrews explicitly supported Safe Schools and provided support to the Let Them Stay campaign in 2016 to keep refugees transferred from Nauru in Australia.

The tragedy of The Greens

The Greens had a disastrous campaign with a number of scandals over sexist comments and one candidate accused of rape. But the scandals don’t explain the decline.

Ged Kearney’s win for Labor in the federal seat of Batman should have been sufficient warning.

Logging old growth forests is an outrage, but simply campaigning on bike paths and forests won’t win seats from Labor—environmental demands need to be connected to jobs and public transport.

Until The Greens seriously champion working class demands in order to win over Labor’s voter and union base, they are going to keep going backwards.

In the upper house The Greens went from five seats to one. They won a lower house seat in Brunswick, but lost their other target seat in Richmond, as well as Lidia Thorpe’s seat of Northcote.

The Liberal wipe-out in Victoria is a shot in the arm for everyone who wants to finish off Morrison.

We will vote to get him out as soon as we get the chance.

But it is by mobilising in the weeks and months ahead that we can kick out the Liberals, not just to get a Labor government, but to build stronger movements for union rights, the right to strike, for increased funding for public schools, for green jobs and renewable energy.