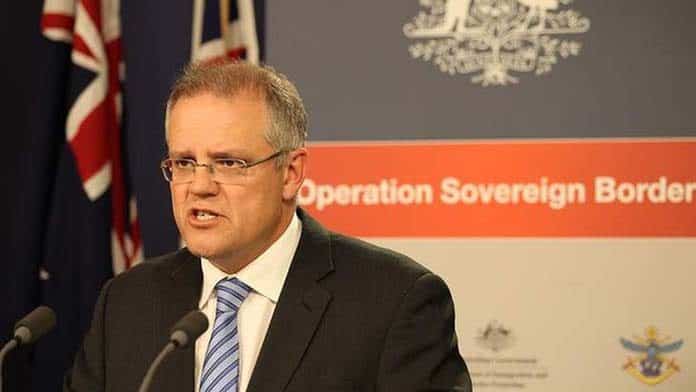 Scott Morrison has lost no time reminding everyone of his conservative credentials.

One of the reasons he sends his children to a private religious school is because discussions about teenage sexuality make his “skin curl”, Morrison, an evangelical Christian, told shock-jock Alan Jones.

He followed this up by denouncing “gender whisperers”, backing the conspiracy theory that doctors are attempting to encourage school children to change their gender.

Morrison has also pledged to introduce new “religious freedom” laws to reassure the churches that they can still discriminate against LGBTI people.

The right wing of the Liberals did well in his new ministerial line up.

Peter Dutton remains in Home Affairs, despite his efforts to tear the party apart. He loses only part of the portfolio, with Immigration shifted to David Coleman. Dutton’s best friend in parliament, Mathias Cormann, also held onto a Cabinet position.

While he wasn’t willing to bring Tony Abbott back into the ministry, as some columnists at The Australian were demanding, Abbott has been given a job as special envoy for Indigenous Affairs.

Barnaby Joyce, who joined the right-wing insurgency after resigning as Deputy Prime Minister, also got a job, as special envoy for drought assistance.

The right has also won control over climate change and energy policy.

The new Energy Minister is Angus Taylor, described by the Financial Review as “a champion of the Coalition’s anti-renewable energy right”. Taylor insists he does not question the science of climate change yet has referred to it as, “the new climate religion”, telling parliament it, “has little basis in fact and everything to do with blind faith.”

In 2013 he appeared as a speaker at the “National wind power fraud rally” chaired by shock-jock Alan Jones.

Melissa Price, a former mining company lawyer, has taken over as Environment Minister.

Scott Morrison himself has just appointed a new chief of staff, John Kunkel, who was Deputy CEO of the Minerals Council, the mining industry’s chief lobby group, for over six years, before moving to Rio Tinto as its head of “government affairs”.

Some people were relieved when Peter Dutton narrowly lost his bid to become Prime Minister. But Morrison has shown his willingness to be every bit as racist and authoritarian.

In 2011 journalist Peter Hartcher labelled him “the greatest grub in the federal Parliament” when, as Opposition Immigration Spokesperson, he attacked the Labor government for meeting the cost of flights so families of the Christmas Island boat tragedy could attend their relatives’ funerals. They included a nine-year-old boy who lost both parents in the disaster.

Morrison established Operation Sovereign Borders, taking charge of the Liberals’ efforts to “stop the boats”. Among his first moves as Immigration Minister was to instruct the department to refer to asylum seekers arriving by boat as “illegal” arrivals. He went out of his way to avoid media scrutiny, refusing to release information about “on water matters” concerning boat turnbacks.

In 2014 he sent a notorious personal video message to asylum seekers imprisoned on Manus Island warning, “If you choose not to go home then you will spend a very, very long time here”.

He presided over the death of Reza Barati on Manus, attempting to blame him for his own death by claiming he had been part of a breakout from the detention centre. This was exposed as a lie within days.

Last year he endorsed Donald Trump’s Muslim ban, commenting, “the rest of the world is catching up to Australia”. Let’s hope it’s not long before public disgust catches up with Scott Morrison.