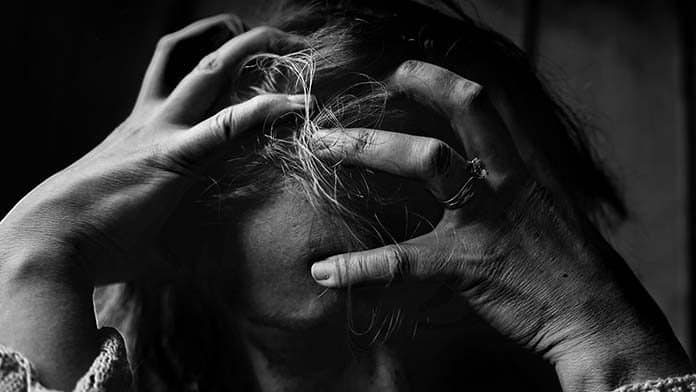 Iain Ferguson’s new book is a useful examination of the current worldwide mental health crisis, and a detailed history of the understanding of mental distress from Freud, to the anti-psychiatry movement of the 1960s and 1970s, to the psychiatrists’ handbook the DSM-5.

Ferguson writes, “simply stated, the central thesis of this book is that the economic and political system under which we live—capitalism—which is responsible for the enormously high levels of mental health problems we see in the world today. The corollary of this argument is that in a different kind of society, a society not based on exploitation of oppression, but on equality and democratic control—a socialist society—levels of mental distress would be far lower”.

Ferguson argues more specifically that neo-liberalism has dramatically increased levels of mental distress. This is the product of opening up all aspects of society to the market, from never ending tests for school children, to privatised aged care, creating a more atomized and individualized society.

He writes, “anxiety, which was barely recognized as a mental health condition 50 years ago, is perhaps the condition par excellence of neo-liberal capitalism”.

Rejecting the idea that forms of mental distress are biologically programed or inevitable, he argues that they are a product of experiences and social interactions. These do not occur in a vacuum, he points out, but, “are structured by the dominant oppressions within society”.

Anxiety disorders, for example, occur more frequently amongst women than men, and poverty increases the risk of many mental health problems.

Ferguson is rightly critical of the biomedical model of mental distress which has become dominant among medical psychiatrists today.

He asks, “Why then given this weak evidence for the biological causes of mental health issues and the effectiveness of drug treatments on the one hand and strong evidence for social factors on the other do drug interventions continue to be the main way in which society responds to mental distress?”

A large part of the answer is that it is driven by the profits of the pharmaceutical companies, who have an interest in promoting the sales of drug treatments.

But as he also stresses elsewhere, another part of the answer is the individualisation and depoliticisation of what are social problems. If psychiatry as a whole were to accept that mental distress had social causes, it would be driven to do something about it. Instead it accepts and ends up reinforcing neo-liberal capitalist ideology, and an individualist view of the roots of mental distress.

Ferguson is also rightly critical of the new field of “Mad studies” that often argues that difficulties experienced by mental health users lie primarily in psychiatry, rather than neo-liberal capitalism.

Ferguson argues that a majority of people experiencing mental distress never encounter a psychiatrist, so it is difficult to argue that their problems stem from “psychiatric oppression”. It is true that most mental distress has its roots in the material circumstances of neo-liberal capitalism (and the clash of these with what the system tells us to think). However psychiatry can play a role reinforcing the atomisation of neo-liberal capitalism.

What people with mental health problems do encounter are the ideas that mental distress is an individual problem—whether they see a psychiatrist or not—since these ideas dominate our society.

Another feature of the neo-liberal era has been the weakening of trade unionism and collective resistance. Early in the book Ferguson quotes journalist Tim Adam’s comments on a conference on workplace stress:

“It was tempting to think that the frontline of labor disputes had shifted from picket lines to worry lines and that collective grievances had become individual psychological battles; in the 1980s an average of 7,213,000 working days were lost to strikes, that number fell to between 647,000 between 2010 and 2015. Meanwhile the days lost to stress-related illness went exponentially in the other direction”.

Ferguson argues to fight to defend the services we currently have, while simultaneously demanding the less medicalised services, and greater acknowledgment of the social causes of mental distress, which users have been demanding for decades.

Ultimately he argues for struggle for a different sort of society, and that the struggle itself shifting back from “worry lines to picket lines” can play a role in making us well.

Politics of the mind: Marxism and mental distress
By Iain Ferguson, Bookmarks, $20