Liberal schools plan a con, but Gonski’s model flawed from the start 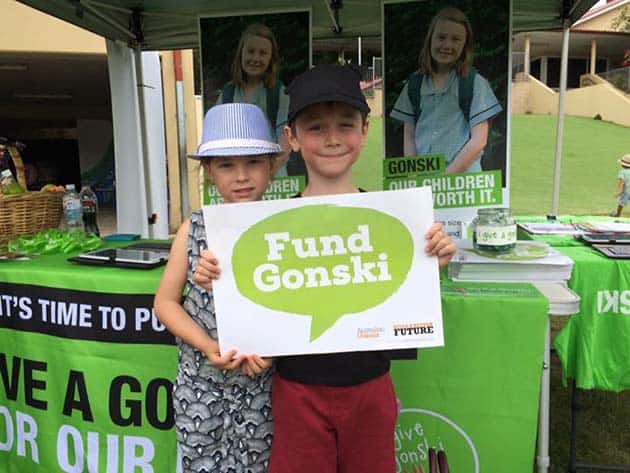 The Liberals have managed to coax back corporate executive David Gonski in an effort to legitimize their “Gonski 2.0” school funding deal.

But there is no rationale for accepting $22 billion less for schools than what the ALP has committed. Public support for the full $37.6 billion associated with years five and six of “Gonski” is high. Australian Education Union (AEU) polling, unsurprisingly, shows that voters would prefer money for schools than the $65.4 billion company tax cuts Turnbull has proposed. Even the Liberals do not deny the need for more funding.

The Greens are wrong to toy with supporting the Liberals’ plan. They have been wooed by the impression that the Liberals are taking an axe to private school funding. But nothing could be further from the truth. The Liberals do plan to suspend the web of deals done with the private and Catholic schools, and support a School Resource Standard (SRS) formula. But they intend to fund 80 per cent of private schools’ SRS and only 20 per cent of public schools’ SRS.

The Greens and the ALP must stand firm in their demand that the Liberals commit the full amount of “Gonski” dollars. But to end the incredible inequality in the Australian education system and the workload crisis that teachers face, the AEU, The Greens and the ALP must drop their support for the Gonski model of funds distribution. Gonski cements government funding for private schools, and entrenches the narrow focus on NAPLAN scores. Gonski’s new review promises to devise more ways to tie school funding to the imposition of more “accountability” tasks that undermine teachers’ autonomy.

Gonski’s proposal that public funds for education should be “sector blind” was wrong from the start. The concentration of students into “rich” and “poor” schools is accelerating social inequality. Private schools are a core element of this stratification process. There is no justification for funding this inequality.

Gonski’s SRS formula is supposed to be the minimum a school needs to get 80 per cent of its students, accounting for demographic background, to achieve a NAPLAN standard. The formula does not include money for school buildings and land, extra-curricular or enrichment activities, or health and welfare support.

All public schools must have the resources to run according to international best practice. Preparation time in Australia should be comparable that of the exceptional school systems in Finland or Shanghai where teachers only spend 15 and 14 hours a week in front of students respectively. Australian teachers spend 20 hours.

Instead of keeping the tap of public funds on for private schools, and imposing a narrow NAPLAN agenda, we need a campaign that demands public funds for fully funded public schools.