Arms and the People
Edited by Mike Gonzalez, Pluto, $30

Towards the end of the final series of the comedy Blackadder, which is set during the First World War, Captain Blackadder turns to Baldrick and says, “millions have died, but our troops have advanced no further than an asthmatic ant with some heavy shopping”.

A decade on since the launch of the war on Iraq, while soldiers may no longer be sporting bayonets, the futility of modern war seems as pertinent as ever.

But the focus of Arms and the People is not only the horror of war—though, of course, it features heavily. The focus is on the complexities of the relationship between the army and the mass of the population in times of social crisis—wars, revolutions and revolts.

The book is split into five sections that look at this relationship from different angles. Some essays consider the role of soldiers in revolutionary situations; others look at military coups or guerrilla warfare. What unites them all is a sense that, while the army is literally, as Lenin wrote, a “body of armed men” it can also be complex, fractious and divided in times of crisis.

The most obvious example of this was the central role of mutinies in the German army during the Revolution of 1918. In his highly detailed essay Volkhard Mosler notes that “the worker may refuse to work and thereby slow production down. But if the soldier strikes and refuses to obey orders he cannot just stand still. He will either be shot or he will shoot first”. Mosler charts how mass strikes across Europe led to soldiers’ rebellions, the largest of which saw 40,000 French soldiers mutiny in the summer of 1917.

Jonathan Neale echoes this in his fascinating account of the campaign that brought the Vietnam War to an end. The civil rights movement of the 1960s had managed to break the back of the anti-communist sentiment of the Cold War which had minimised opposition to the Korean War of 1950-53. The anti-Vietnam War protests remain the largest protests in American history, four times the size of Martin Luther King’s march on Washington.

Alongside the increasing refusal to fight by soldiers in Vietnam and thousands of attempts at “fragging” (the killing of officers or sergeants) the American army began to disintegrate. One general concluded that the few soldiers who weren’t mutinying were “drug-ridden and dispirited”. 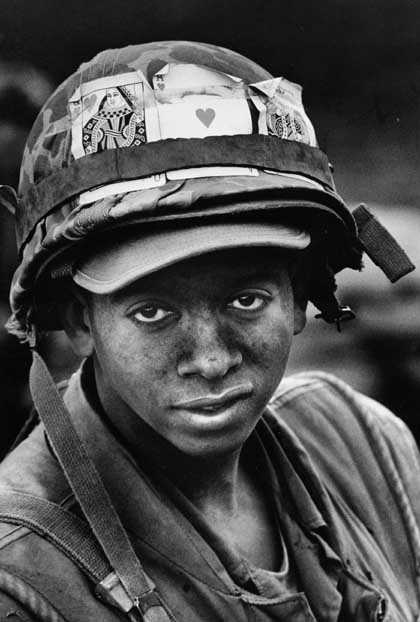 Instances of fragging strike at the contradiction that lies at the heart of the military.

The German revolutionary Karl Liebknecht noted that, “modern militarism wants neither more nor less than the squaring of the circle; it arms the people against the people itself.”

But this contradiction does not go unnoticed by the ruling class. The butcher of the Paris Commune, French head of state Adolphe Thiers, put it succinctly when he said “It is not safe to put a gun on the shoulder of every potential socialist”.

One of the most interesting essays in the book comes from Donny Gluckstein who tracks the development of the modern army after the French Revolution. The defence of the Revolution required “an army of a new type”, what was known as the “levée en masse”—the wholesale conscription of the population. This revolutionary army was fundamentally different from its predecessor by melding armed force and the people. It paved the way for the mass conscription of the First and Second World Wars.

In contrast to this is the strategy of guerrilla warfare. Mike Gonzalez provides an enthralling and impressive sweep of Latin American guerrilla groups ranging from Castro and Che’s intervention in Cuba, through to the Colombian militant group, the FARC, and finally the Peruvian Maoist group Shining Path. Meanwhile Nathaniel Mehr studies the often forgotten purge of the largest Communist group in the 1960s outside of the Eastern Bloc—that of the Indonesian Communist Party.

The strength of this book lies in its portrayal of the sharp division between objective and subjective factors. The vast majority of soldiers are objectively working class, grow up in working class communities, but don’t see themselves as part of that collective.

The political task for socialists, therefore, becomes unmasking ideas about nationhood and patriotism and offering an alternative when war exposes the cracks and flaws in the ideological edifice of the ruling class.
In those moments it is not arms, but politics, that should prevail. But the question remains, as much now as in 1917, whose politics?
Estelle Cooch
Socialist Review UK