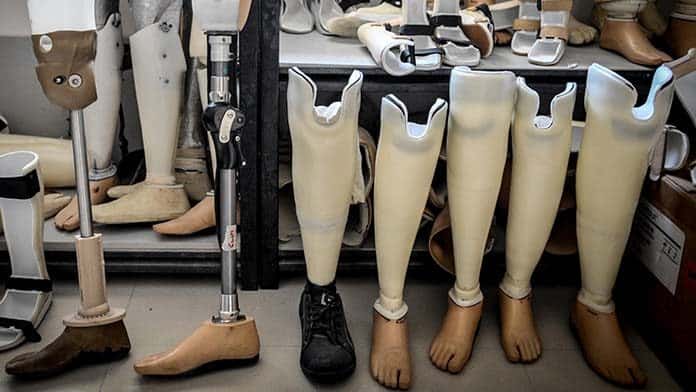 The NDIS, or National Disability Insurance Scheme as it is formally known, is a federally funded scheme designed to empower people living with intellectual, physical, sensory and psycho-social disabilities. It was introduced into parliament by the then Prime Minister Julia Gillard in late 2012 and passed into law in early 2013.

Unfortunately for the NDIS and people it hoped to empower, the Liberal-National Coalition took government that year. Their priority was not delivering social services but delivering a balanced budget.

Figures released in late September show that the government banked an extra $2.5 billion in savings in the 2017-18 budget through under-spending on the scheme.

The first cut to the NDIS came substantially before its final projected roll out date of mid-2016. With the slash of Liberal Senator Mitch Fifield’s pen, NDIA employees (NDIS administrators) were capped at 3000, despite the productivity commission estimating 10,000 to be the minimum required for the scheme.

After a 0.5 per cent increase in the Medicare Levy, the NDIS launched in a handful of trial sites and was met with substantial teething issues. These ranged from bloated waiting times spanning months, to undertrained NDIA staff and disability support planners inappropriately, and on occasions borderline criminally, over-spending the limited funds the participants are allocated annually when they start with the scheme.

With these issues not addressed and the permanent staff still capped at 3000, an attempt to procure $2.1 billion for the NDIS in the 2016 budget was made by tweaking access to the disability support pension and ironically the scrapping of an extensive advertising campaign letting people know of the existence of the NDIS.

On 1 July 2016 the national roll-out of the scheme commenced, leaving service seekers, often intellectually disabled, having to navigate a complex web of funding, approvals, appeals and often poor decisions by third party case managers. In my experience someone with above average intellect and a purely physical disability, and even in some circumstances experienced clinical service providers, struggled to decipher what was required of them to access funding.

I saw funding allocations that were frequently far too high or too low. This allowed service providers to frivolously waste the money allocated to the patient, or on the contrary, forced the patient to appeal their funding amount. Ironically despite other funding constraints the NDIS has a budget of $10 million for legal services to defend such appeals.

Despite these problems, the NDIS has boosted funding in my area of work (prosthetics and orthotics). I’ve seen countless patients receive a level of funding they could have only dreamed of on the older schemes. The NDIS has allowed individual case-by-case assessment of requirements for prosthetic and orthotic users and access to the most appropriate hardware for a person’s needs regardless of its cost. This has allowed some patients to return to their old way of life pre-amputation, whether through waterproof gear so they can enjoy the beach again or heavy duty, robust gear so they can get back on the tools and earn a living.

But these positive experiences sit alongside a substantial number of not so positive experiences. The most common problem is being moved from a scheme they knew how to navigate such as ENABLE onto the harder to navigate NDIS. During the opaque “waiting on approval” stage they could be left with an ill-fitting prosthetic device or a broken component. This can mean a substantial amount of pain, potentially not being able to get out of bed and go to work or a serious skin infection.

The issue surrounding staff training for the NDIS has been recognised by the Australian Services Union (ASU) and calls for additional staff training haven’t gone unheard. This is currently the subject of a parliamentary inquiry as well as the focus of ASU rallies in early October across New South Wales.

The possibility of a Labor Government next time voters hit the polls is becoming more and more likely.

They will have to make sure the current broken NDIS, a reminder of the notoriously inadequate social services management of the Coalition, gets repaired.

Workers at NDIS provider walk out for pay and dignity

Support workers at NDIS provider Bedford in South Australia struck in late May for two days, for wage equity and better treatment by management. In a separate dispute, Bedford workers with disabilities are also gearing up to win wage justice under a new agreement.

The election has revealed the underlying crisis facing both the Coalition and Labor, with more than 31 per cent of voters opting for Greens, teal independents or other minor parties