‘Poofter bashing’ was a sport, and police were in the game 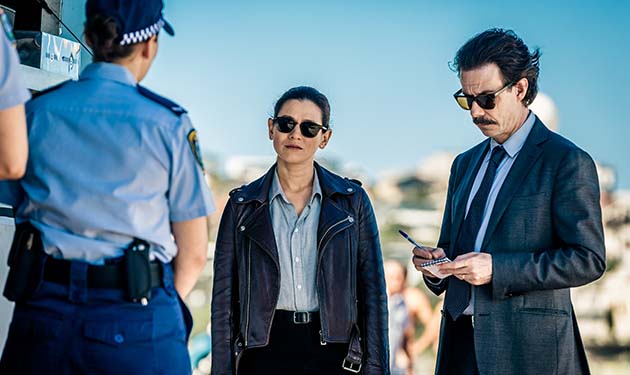 A swathe of murders rocked the LGBT community in Sydney and the Central Coast in the 1970s, 1980s and 1990s. Around 88 gay men were very probably beaten to their deaths. Some had their bodies flung over the cliffs at Sydney beaches. And yet many of their deaths were recorded by police as suicide or accidental. Of 88 cases, 30 still remain unsolved.

It is an injustice of epic proportions. Homophobic police culture meant that police did not take the cases seriously. Worse, they had at least some involvement in the “poofter bashing” rings responsible.

For many in the gay community at the time, these tragedies came on top of others. The 1980s was the decade of AIDS. Many young gay men lost their lives to the virus, in a climate of fear and bigotry that saw many of the sick shunned by society, and sometimes, even their families and friends.

Those that lived through these times have never forgotten about “the bashers”. But the history is otherwise little known. Though it classifies as Sydney’s biggest ever crime wave, it has received scant attention from the media or historians. Only recently have NSW police launched Operation Parrabell to examine their handling of the cases for possible homophobia. Journalist Rick Feneley, whose articles on this subject are a must read, has written about how the Operation has been riddled with error and oversight—at least four cases have been missed out because police could not bother to verify information.

So it was encouraging when SBS announced a series, Deep Water, including a four-part drama, a documentary, and a podcast, along with an “immersive social media experience”, focusing on the killings.

Deep Water, the drama, however, is extremely disappointing. The acting and the script are plain terrible. But the biggest insult is that the story is told from the perspective of two mythical do-gooder police, who are trying to solve a rather contrived modern spate of murders. The only gay character that remains alive in the show serves as bait for a singular disturbed killer, and the conclusion lets the police almost entirely off the hook. The most homophobic characters are the Muslim family of one murdered man. It is a train wreck of a show that seems more concerned with featuring glimmering images of the Bondi cliffs than with representing what happened.

Thankfully, the associated documentary Deep Water: The Real Story, is an excellent, well-researched cataloguing of the truth, as is the website about the unsolved cases, The Gay Hate Decades. Both are unflinching in exposing the role of the police.

The facts are extremely disturbing. Wayne Tonks, a Cleveland Street High School teacher, was killed in his own home in 1990. According to Four Corners he was “trussed then asphyxiated in a plastic bag”.

The murders were committed by gangs of young men who organised relatively openly and spoke quite freely about “poofter bashing”. They targeted men at beats, and some gay men knew them by sight. The Real Story features disturbing voiceovers of recorded discussions by those that were convicted. Much of this was known at the time. Yet cases were continually written off and not investigated.

Among the stories in the documentary is that of the charming and well-loved TV presenter Ross Warren, who disappeared in 1989, aged just 24. His friend found his wallet and empty car at the beat at Bondi one afternoon, and, knowing what had happened to other men, rushed to the police station. But he explains, “I don’t think they were too interested”. Frustrated, he and a friend went to investigate themselves, and found Warren’s keys on the cliffs in a position that suggests they were placed there. They were not willing to believe the police’s declaration of suicide.

Their evidence was essential in a re-opening of the case in the Coroner’s Court in 2003, which found Warren had, in fact, been murdered. The same investigation found another man, John Russell, had also likely been murdered in the same place, and now a third murder, of Giles Mattiani, has been connected to them.

The 2003 coronial inquiry into Warren’s death found that none of the police reports about their work on the initial investigation could be verified. Warren wasn’t reported missing. The water police were not notified to search for a body. In Russell’s case, evidence, like clothing, that could have been used to identify the perpetrators went missing or was destroyed.

The police have had several chances to right the wrongs. Craig Johnson found out about Sydney’s gay hate killings in 2005, and immediately recognised the link to the death of his brother. Scott, a young mathematical genius, was found naked at the bottom of a cliff, at a known beat at North Head in Manly, in 1988.

As with so many other cases, police refused to investigate, calling it suicide, and refusing to acknowledge North Head was a beat. Though they have now opened a third inquest into Scott’s death, the police maintain their original story—even though a private investigator hired by Craig has found it deeply flawed. In a 2015 report on Scott’s death, police argued the majority of the 30 unsolved crimes were not driven by gay hate.

It is clear they have a lot to hide. Rick Feneley has exposed evidence that seems to prove a theory of the time—that plain clothes police officers, organised in gangs, were responsible for some of the bashings.

In 1989, Alan Rosendale was chased by a gang of several men with batons and viciously bashed on South Dowling Street, Surry Hills, after leaving the Moore Park beat. A witness, Paul Simes, took down the car registration of the gang of men and called 000. A few weeks later, he received a call from the first ever police gay liaison officer, who informed him that the number plate was that of an unmarked police car.

Yet police told Rosendale, the victim, that he was beaten by neo-Nazis.

It was not until Feneley wrote about Simes’ experience and the lack of action against police in the Sydney Morning Herald in 2013 that Rosendale realised what had happened. He describes his anger and shock at finding out he was beaten by cops: “You grow up thinking the police are there to protect you … there on South Dowling Street, I was thinking, I hope the police come. I didn’t know at the time—the police had come.”

Unbelievably, police still say the incident Simes witnessed and Rosendale experienced were not the same one.

After police brutally beat demonstrators at Mardi Gras in 1978, many—rightly—didn’t trust them. It is likely that scores or even hundreds of bashings went—and still go—unrecorded.

One former officer told SBS’s The Feed there were innumerable cases of gay men “bashed for reporting a bashing”. One man, David, explains in The Real Story how he went to Bondi police to report a bashing that nearly cost him his life, only to be locked up in a cell and taunted by officers.

Homosexuality was illegal until 1984 in New South Wales (and until the 1990s in Queensland and Tasmania). Only in 2014 did NSW outlaw the “gay panic defense”, where gay advances could be considered legitimate reason to downgrade a murder charge to manslaughter. It is still available in SA and Queensland.

It was well known—and is now essentially confirmed—that the Adelaide Vice Squad were responsible for the murder of Dr George Duncan, whose body was found in the Torrens River in 1972. (His murder spurred on the LGBT movement, who mobilised around the slogan “How Many More Duncans?”).

As was the case all around the country, the Vice Squad were responsible for entrapping gay men at beats and charging them. The Deep Water podcast has an episode focusing on the similarly shocking police mishandling—and possible cover up—of gay hate murders and bashings in Adelaide in the same period as Sydney’s.

Apologising for police brutality at Sydney’s 1978 Mardi Gras, Superintendent Tony Crandell said, “Our relationships today [with the LGBT community], I would say, are positive and progressive. That was certainly not the case in 1978.”

But while police continue to stall on investigating homophobic murders, and protect gay bashers in their ranks, it’s clear that very little has changed. Only a few years ago, police were caught on camera brutalising Bryn Hutchinson at Mardi Gras, who has since successfully sued. Newtown Police are currently in the courts, defending themselves against an accusation of discrimination against gay police officers.

It was such official sanctioning of homophobia that made the gay murders of the 1980s possible. When the state regards LGBT life as expendable, that bigotry filters down. The fish rots from the head.