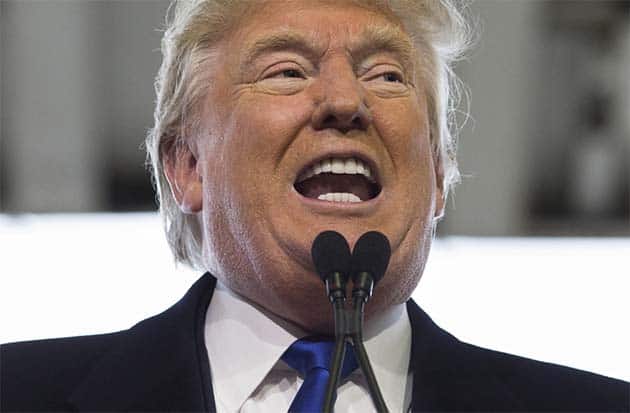 The US and Iran have stepped back from the brink of war, after Donald Trump’s assassination of Iranian general Qasem Soleimani threatened to bring on a dangerous conflict in the Middle East.

The brazen US drone strike near Baghdad airport was the most recent in a series of belligerent US actions against Iran since Trump became president.

Iran responded with a missile attack on the Ain al-Asad US airbase inside Iraq. But the US received warning of the attack and was able to avoid serious damage to either personnel or equipment. Iran clearly saw the strikes as a cautious warning shot, and never intended casualties.

Tragically Iranian revolutionary guards subsequently shot down a Ukrainian passenger jet they mistook for a US missile attack, killing 176 civilians.

Both sides have since halted any further military escalation.

But Trump has announced yet another round of sanctions against Iran, including the petty decision to deny Iran’s Foreign Minister a visa to travel to New York to attend UN meetings.

Immediately after the US assassination, the Australian government announced that the deployment of warship HMAS Toowoomba as part of joint US naval patrols of the Strait of Hormuz would go ahead.

The US is the major imperialist power in the Middle East and socialists oppose all US acts of aggression against Iran. And likewise, we oppose the presence of Australian warships and troops in support of US and Australian imperialist interests.

Tensions have ratcheted up since 2018 when Trump tore up the Iran nuclear deal, which was negotiated by the Obama administration. Under the deal, Iran agreed to limit its nuclear enrichment program, in an effort to reassure other powers that it would not develop nuclear weapons.

Trump’s unilateral termination of the treaty was condemned by the other signatories to the deal, including France, Germany and Britain.

The US has set out to impose “maximum pressure” on Iran in the hope it will capitulate, extending economic sanctions that have crippled the Iranian economy. Exports of oil have dropped from two million barrels a day to between 300,000 and 500,000, and its economy has plunged into a serious recession. It’s estimated it will shrink by a frightening 9 per cent this year.

Iran has struck back through tit-for-tat tanker seizures, threatening oil shipments through the Strait of Hormuz. In September, it staged a drone attack that knocked out half of Saudi oil production. Now, Iran has announced it has restarted its uranium enrichment program.

The US invasion of Iraq after 2003 has plunged the Middle East into a much more open contest for influence between rival imperialist powers. The failure of the US occupation was a striking demonstration of the decline of US power. Iran and Russia have been the main beneficiaries of this, and many of the Shiite parties that dominate the Iraqi government are linked to the Iranian regime.

Soleimani himself was as symbol of this, openly directing Iranian-aligned militias inside Iraq.

Iran has also extended its influence inside Syria, with Iranian troops, backed by Russia, fighting in support of Syrian dictator Bashar Al-Assad.

US troops returned to Iraq in 2014 to fight Islamic State, after it over-ran huge areas of the country. But there is still enormous hostility towards the US as a result of the US occupation. In the aftermath of the US strike inside Iraq than killed Soleimani, the Iraqi parliament demanded all US troops leave the country. The US has simply refused to comply.

The US sanctions on Iran have created enormous hardship for ordinary Iranians, through unemployment, rampant inflation and restrictions on imports of life-saving medicines.

So it is not surprising that hundreds of thousands attended the funeral commemorations for Soleimani, chanting “Death to America.”  But Iran has also seen explosions of anger from below aimed at the regime. Thousands joined protests in Tehran after the government admitted it had shot down the Ukrainian jet, and initially tried to cover it up.

Late last year there were protests in over 100 cities across Iran, triggered by the decision to raise oil prices. These followed a larger series of protests at the start of 2018 against poverty and the cost of basic goods.

In Iraq, too, there has been an enormous wave of anti-corruption, anti-government protests since October that has called for the withdrawal of both US and Iranian troops.

It is movements from below like these that can pose an alternative to the war-mongering,  sectarianism and repression that imperialism creates across the region.

Since Iran’s shambolic presidential election on 18 June, the country has again been rocked by protests and strikes, especially in the province of Khuzestan.

Thousands of workers in Iran’s oil industry have joined a strike wave. The action has spread across at least 70 companies across oil and gas refineries, petrochemical plants and power plants in eight provinces across the country.