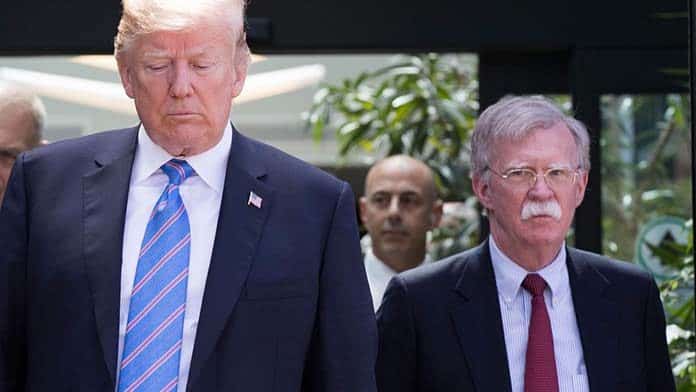 The Trump administration and a coterie of allies—including Australia—are ratcheting up aggression against Iran and another disastrous war in the region shouldn’t be ruled out.

In late June Trump ordered airstrikes on targets inside Iran only to withdraw them with ten minutes to spare, launching a cyber-attack instead. This was in retaliation for Iran shooting down a US surveillance drone they said was in Iranian airspace.

In May and June a number of oil tankers were bombed in the region and the US blamed Iran. These claims have not been verified and they conflict with the first-hand accounts of sailors on the ships. The US used this as an excuse to send thousands of troops, an aircraft carrier, nuclear-capable B-52 bombers, and advanced fighter jets to the region.

On 4 July British Royal Marines seized an Iranian oil tanker off Gibraltar, accusing it of breaking sanctions on Syria. Iran has now seized a British tanker in the Straits of Hormuz.

The US’s regional allies, Saudi Arabia and Israel, are champing at the bit for war while Trump, according to the recently resigned British ambassador, is surrounded by a “hawkish group of advisers”.

US Secretary of State Mike Pompeo has warned the US will consider its “full range” of options. US National Security Advisor John Bolton, who has called for regime change in Iran, has warned it not to, “mistake US prudence and discretion for weakness”.

While Trump was elected on a platform of ending the wars the US was bogged down in, a miscalculation cannot be ruled out resulting in a full blown conflagration.

Back to the table

The Western media and politicians blame Iran for the increasing tension. Scott Morrison supported the US claiming it aimed to, “get [Iran] back to the table”.

But it was the US that walked away from the UN-endorsed Joint Comprehensive Plan of Action, also known as the Iran Nuclear deal, and unilaterally imposed sanctions.

Under the deal, Iran was meant to scale back its nuclear program and limit enrichment of uranium to 3.67 per cent—enough for its nuclear power stations but nowhere near the 90 per cent required for nuclear weapons. In exchange Iran would gain sanctions relief.

During the 2016 election campaign, however, Trump began attacking the deal—considered Obama’s signature foreign policy achievement—saying it was “the worst ever”. In May 2018 he walked away from it completely. Other signatories to the deal, France, Germany, Britain, China and Russia, all criticised Trump for, “reneging on our international obligations”.

In spite of the US’s aggression these countries are urging Iran to stick with the deal. France, Germany and Britain have even set up a transaction channel, INSTEX, to help facilitate trade with Iran. But this has been ineffective as the fear of secondary US sanctions has scared off major investors. Iran’s economy has stagnated and inflation is approaching 40 per cent. Its oil exports fell from about 2.5 million barrels a day in April 2018 to just 300,000 barrels per day today.

Iran stuck with the enrichment limit until July when it announced it would begin enriching uranium to 5 per cent and warned it could go higher. It wants further efforts from the European powers to mitigate the effects of the US sanctions.

Iran has good reason to distrust the West. There is a long history of imperialist intervention against Iran. When oil was first discovered in 1913 the British owned Anglo Persian Oil Company (later BP) had exclusive rights and only paid 16 per cent of its profits to Iran.

In 1951 the nationalist Mossadegh government was elected and nationalised the oil. The US, Britain and the major oil companies organised sanctions and a coup that installed a brutal regime under the Shah.

In 1973 the US had 24,000 “military advisers” in Iran and Tehran hosted the CIA’s regional headquarters.

The 1979 revolution overthrew the Shah and drove out the US. A new clerical regime eventually seized power. While it brutally repressed the workers’ movement and the left it pursued its own national interests independent of the Western imperialist powers.

This has made it an enemy of the US. The US accuses Iran of promoting terrorism but in 1988 the US shot an Iranian passenger airline out of the sky killing 290 civilians including 66 children.

Ironically the US’s disastrous wars in Afghanistan and Iraq have allowed Iran’s influence to expand in the region. While the Islamic regime is far from desirable it’s up to the Iranian people to deal with them.