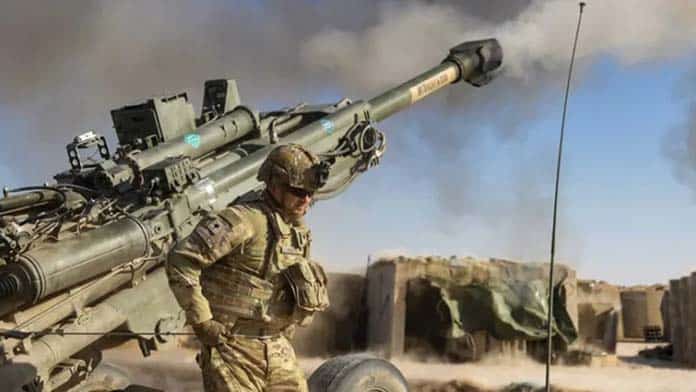 Russia should halt its invasion and withdraw its troops. But Western leaders are showing no interest in stopping the war.

Earlier, Ukrainian president Volodymyr Zelensky proposed that Ukraine would not join the NATO military alliance, which could have provided the basis for a ceasefire.

But instead of leaping at the opportunity, our leaders made it clear that they want the war to go on.

White House national security adviser Jake Sullivan put it bluntly, telling a US television host: “Our policy is unequivocal that we will do whatever we can to help Ukraine succeed …

“What we want to see is a free and independent Ukraine, a weakened and isolated Russia, and a stronger, more unified, more determined West,” he added. “We believe that all three of those objectives are in sight.”

It’s a reminder that this is a proxy conflict pitting the US and its allies against Russia, with the Ukrainian people as victims of the rivalry between the two imperialist power blocks.

The US wants to exhaust Russia, whose economy is already modest: fractionally bigger than Australia’s but with six times the population.

This would allow the US to reassert its dominance over Europe and send a message to its main global rival, China, that it can still call the shots—a point Scott Morrison has also been keen to make.

The likelihood that previously neutral Sweden and Finland will join the NATO military alliance is a boost for this strategy.

Following Russia’s withdrawal from around the capital Kyiv, Zelensky is now arguing that, with Western arms, Ukraine can win. He has withdrawn the idea of Ukraine staying out of NATO.

Hours before meeting US secretary of state Antony Blinken and US defence secretary Lloyd Austin in Kyiv during Orthodox Easter, Zelensky declared: “We are expecting not just presents or some kind of cakes, we are expecting specific things and specific weapons.”

For its part, Russia now plans to annex the eastern and southern provinces of Ukraine, creating a land corridor to the Russian minority territory of Transnistria in Moldova.

The West’s verbal aggression has been backed by a massive flow of armaments.

In Kyiv, Blinken and Austin announced almost $1 billion in military financing for Ukraine and 15 allies.

This is on top of eight instalments of military aid provided by the US since Russia invaded two months ago at a cost of $4.7 billion.

Initially, the US provided items such as anti-tank missiles, rifles and ammunition, worried about provoking Russia by arming Ukraine too heavily.

Ian Brzezinski, a former head of NATO policy at the Pentagon, told the Financial Times that the US was now providing heavy weapons. “It is a very clear and profound shift.”

Recent US support includes 72 howitzers, 72 armoured vehicles to tow them, 144,000 rounds of ammunition and more than 120 drones.

Britain has already sent 4800 anti-tank missiles and plans to send another 6000.

And Australia has been quick to add to this, most recently sending 20 Bushmaster armoured vehicles—organised in days while flood victims in NSW and Queensland were left without support.

The US and its allies want to avoid direct conflict with Russia, which is why they have refused to implement a no-fly zone or send forces to Ukraine (although Britain now has military trainers on the ground).

But the West will continue to arm Ukraine even as the war drags on for potentially months or years.

If our rulers have no interest in stopping the war, it makes resistance to the warmongers by workers even more important.

Airport workers in Italy refused to load a cargo plane when they discovered that “humanitarian aid” for Ukraine consisted of weapons, ammunition and explosives.

As their union put it: “We strongly denounce this real fraud, which cynically uses the ‘humanitarian’ cover to continue to fuel the war in Ukraine.”

In Belarus, which neighbours Ukraine and whose dictator is a Russian ally, rail workers sabotaged signalling equipment to prevent the transport of military supplies.

In Greece, rail workers refused to transport US tanks destined for Ukraine from the northern port of Alexandroupoli.

Their union declared: “No participation of our country in military conflicts in Ukraine, which are committed in the interests of the few at the expense of the peoples.”

The likes of Biden and Morrison accept death and destruction as the necessary cost of maintaining military and economic power.

To stop the war, we need to build a movement that rejects the Russian invasion but is also completely opposed to the NATO war machine and its Australian ally that are fuelling it.

Sanctions are a cruel weapon of war. But the imperialist powers that impose them can also face unintended consequences. David Glanz looks at a new book that explores the history of sanctions.