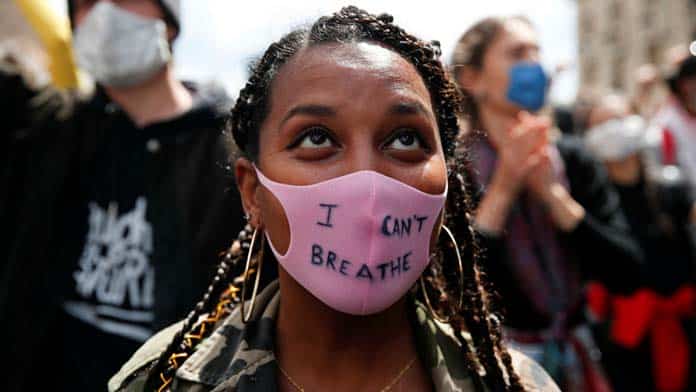 Across the world, the push to ban Critical Race Theory (CRT) in schools and government settings has become a rallying cry for the right. In Australia, Pauline Hanson with help from the Coalition passed a motion in the Senate symbolically “banning” the teaching of CRT as part of the national curriculum.

Janet Albrechtsen, a columnist with The Australian, summed up the view of many on the right when she wrote in August of “the historical determinism of CRT with its maniacal demonising of the average white person”.

CRT is a legal theory which originated in the work of civil rights scholars and activists in the 1970s and 1980s.

Black activists and legal scholars like Kimberlé Crenshaw, who also coined the term “intersectionality”, developed the theory in response to the perceived failures of the 1964 Civil Rights Act in the US.

The theory explains racism as not simply reducible to individual privilege, prejudice or bias but as a systemic and structural phenomenon, embedded in society and manifested in social institutions such as the legal system. Crenshaw focuses on how “race” intersects with law and, consequently, how racial injustice is encoded in law as a form of white supremacy.

CRT understands “race” as a social construct but recognises that racism is real and has material, negative effects.

It points out, for instance, that despite formal legal equality Black people in the US face higher levels of policing and imprisonment, and that formally colour-blind laws like stop and search result in disproportionate targeting of Black people.

CRT scholars call for the identification of, resistance to and overhaul of the structures in society that reproduce Black people’s oppression.

They vary in how they think this should be done but, at its best, CRT calls the entire system into question for being founded on systemic racism, and points in a revolutionary direction.

In 2020, the brutal murder of George Floyd by police officer Derek Chauvin sent shockwaves through America and the world, spawning a militant and multi-racial mass movement on the streets that declared “Black Lives Matter”.

The movement called for a widescale reckoning with racism in America and demanded justice for victims of police violence, the defunding of the police and, where it was most radical, the abolition of the police and an end to prisons.

As the BLM rebellion grew, so did the numbers of people interested in ways to understand racism in structural and systemic terms. CRT offered to provide such an understanding.

Republicans, led by former US president Donald Trump, hit back in reaction to this rise of anti-racist ideas and struggle.

Trump banned the teaching of CRT from federal diversity training. He issued an executive order to cancel government funding for programs that mentioned “white privilege” or “critical race theory” on the basis that it represented “divisive, un-American propaganda”.

The campaign against CRT has been taken up by Republicans at every level, who say that schools teaching CRT are trying to “brainwash” kids and should teach “both sides” of history.

While Biden rescinded Trump’s order, Republican-controlled legislatures continue to introduce and pass bills to restrict or ban educators in public schools and governmental settings from teaching ideas linked to CRT.

For conservatives, attacking CRT is a way to attack any criticism of our racist and unequal society. The more astute among them acknowledge racism but say that it’s a product of individual behaviour, letting employers and the state off the hook and providing a basis for their catchphrases that people should “stop being offended” and “just get over it”.

In waging their culture war, US Republicans hope to capture some of the frustrations among working class and middle class supporters, for whom life is getting tougher, and deflect this anger onto BLM.

At a deeper level, they hope to counter the sustained challenge that CRT represents to the ideology of “the American Dream”.

In contrast, the BLM movement has helped expose a deeply unequal system that is shot through with oppression and in which racism significantly effects the lives and opportunities of ordinary people—especially poor, female, disabled, migrant or LGBTI+ sections of the working class.

The culture war has since spread to Australia, with conservative media-pundits like radio shock jock Alan Jones, Sky News’ Chris Kenny and politicians like One Nation’s Pauline Hanson and Warren Mundine from the Liberal Party leading the charge.

Mundine has called CRT “the most racist” theory he has read in years, calling it the “eugenics of our time”. For Kenny, a senior advisory group member to the government’s Indigenous Voice committee, CRT is part of “worldwide movement to view all white people as privileged and innately racist, and to see everything through the prism of identity politics”.

The pandemic has exposed deep class inequalities. While the ruling class push against CRT is currently a marginal feature of conservative politics in Australia, this could change as they look to divert anger among workers through racism.

These inspiring marches represent, for conservatives, a similar if not deeper challenge to the foundations of the Australian system as BLM does for America, exposing a settler-colonial state built on dispossession, genocide, and ongoing racist brutality against Aboriginal and Torres Islander people.

The growing sympathy among the wider population for Aboriginal people’s struggles, and a growing willingness to confront Australia’s racist history—witnessed in the popularity of Bruce Pascoe’s book Dark Emu—is causing concern among the right.

The right has responded by not only trying to discredit Pascoe’s specific arguments (which have their flaws), but by defending old-school racist ideas of Aboriginal societies as “primitive”, casting doubt on the widespread evidence of a complex and egalitarian society.

The beginnings of a campaign against CRT in Australia is emerging alongside the transphobic and homophobic campaigns to ban “Safe Schools” (a program teaching children about LGBTI+ identities and relationships, consent, and anti-bullying) and the campaign for a “religious freedom bill” that gives religious institutions exemptions to discriminate against LGBTI+ staff or students.

These campaigns represent ideological battles about what ideas and values and, ultimately, whose perspectives should be taught at schools.

For the right, it represents a struggle to reassert the ability to justify exclusions, expulsions, and oppression.

Socialists must oppose the right-wing attack on CRT and expose it as the racist ideological culture war it is. We should ally with all those with a stake in defending the need for bottom-up driven education about “race” and racism.

At the moment, there is still far too little teaching of Australia’s sordid racist history within Australian classrooms. There needs to be far more, not less, of such teaching, guided by Indigenous educators.

We need to go further than a mere defence of CRT and argue that anti-racism (and anti-oppression) should be taught in schools and that education is inherently political. Anti-racists must therefore also stand with anti-homophobia and transphobia campaigners.

Some say that there is no room for politics in schools. But this runs against the reality than schools are never politically neutral settings. Ideas of “race”, class, gender, nationalism, ability etc are found in institutional values, educational expectations, in the formal curriculum (what is prioritised, what is absent) and, of course, in the experiences of students themselves.

From championing the anthem and celebrating nationalist occasions like ANZAC Day and Australia Day, to commemorating Captain Cook and the Diggers while sidelining teaching of Aboriginal society and invasion, schools are deeply and explicitly political spaces. Universities are little better.

In a racist society, the idea that education institutions should be politically neutral spaces merely permits the dominant ideas of the ruling class to go uncontested.

Teachers for Refugees were faced with these sorts of objections when they campaigned by wearing T-shirts emblazoned with pro-refugee slogans in their schools and later when, in the highpoint of the “Kids off, all off” campaign, they walked out of schools to join a refugee rally.

Socialists go further in our explanations and approaches to fighting oppression than many CRT proponents are prepared to do.

While CRT points to a deep and structural relationship between racism, the legal system and the state, there is confusion about what sustains this relationship—with some scholars focusing on unconscious biases and privilege while others rightly stress material factors.

Reactionary ideas come from the top and Marxists point the finger at the ruling class, who benefit from oppression and encourage it.

We highlight the need for solidarity among the working class and oppressed—where we all fight reactionary ideas and policies, whoever is the target.

For Marxists, racism has material roots in the slave trade, colonialism and empire. Racism helps the ruling class weaken potential class solidarity, making it easier for bosses to exploit workers for profit.

CRT doesn’t have a clear theory of change while Marxism offers a historical understanding of racism that points to the need for collective actions that can challenge systemic racism.

Mass mobilisations like BLM are a fantastic launch pad but we need to aim higher—for strikes that unite the working class in all its diversity and cut off the profits which sustains the system.