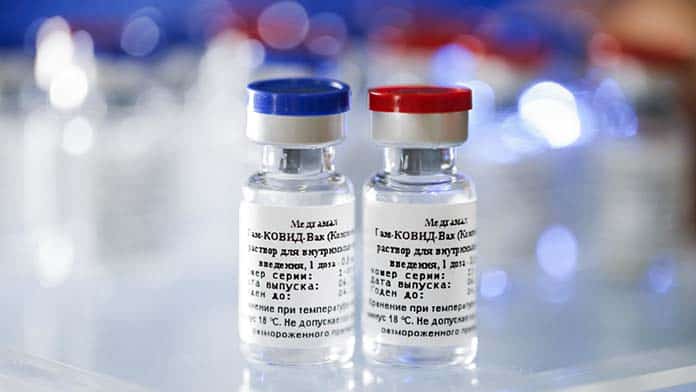 Across the globe a race is on to develop a vaccine for COVID-19, with the major powers scrambling to ensure supply to get their economies back on track.

The Morrison Government has signed a deal for an undisclosed sum with UK-based drug company AstraZeneca in order to secure the vaccine being developed at Oxford University.

On average it takes ten years to develop a vaccine. After promising results in the lab, a vaccine must pass three separate phases of trials in order to gain government approval.

Phase three testing requires vaccination of thousands or tens of thousands of people to observe results on a large scale, and to ensure the vaccine is safe.

Governments around the world are doing everything in their power to speed up the process. The US has committed $10 billion to a handful of pharmaceutical companies including Pfizer, Johnson & Johnson and AstraZeneca, as part of what it calls Operation Warp Speed.

With more than 5.1 million people in the US infected, Trump even said he expected a vaccine to be ready before the US election in November. But his health officials say that, while the first doses might be ready by the end of the year, the hundreds of millions required will not arrive until the middle of next year.

And it’s unclear how the vaccine will be distributed in America’s unaffordable health system. While the Department of Health and Human Services says the vaccine will be given for free and the Federal Government has said it will cover the cost of delivery, health-care providers can still charge to administer the vaccine.

In China, frontline workers, including health workers and border officials, have already been receiving an unapproved COVID-19 vaccine since July.

For China, developing a vaccine is a diplomatic tool as it struggles for influence with the US. The Chinese Government has already indicated that it will prioritise countries from the Mekong region when it begins international vaccine production. China’s President Xi Jinping also told an African nations summit they would be the first to benefit from a Chinese-developed vaccine, while the government announced in July a $1 billion loan to support Latin American countries’ access.

Russia has already registered its Sputnik V vaccine for mass production ahead of the phase three large-scale safety trials needed to ensure it is both safe and effective.

With the vaccine rolling out across Russia, and Putin’s daughter reportedly already inoculated, Moscow is now preparing to send its vaccine abroad.

The Russian Direct Investment Fund (RDIF) has reached a deal with an Indian pharmaceutical company for 100 million doses. India is the second country to reach more than five million COVID-19 cases.

The RDIF has already signed deals with Kazakhstan, Brazil, Mexico and Saudi Arabia.

There are serious dangers in releasing an untested vaccine. It could harm otherwise healthy people who never get the virus. And some vaccines have actually produced worse illness in anyone who does get infected. But the stakes are so high that Russia and China are taking the risk.

Vaccines that work will be a bargaining tool with weaker states who can’t afford to bankroll vaccine development.

And with so much being spent on vaccine development, big pharma can also expect to cash in big.

From the $500 price hike for an EpiPen to US patients with diabetes paying on average $360 per month for insulin, companies such as Pfizer and Johnson & Johnson are known for putting profit over health. And with nearly 120 COVID-19 vaccines in development across the globe, control of patents, intellectual property and pricing gives the big players a chance to secure serious returns.

International health bodies, such as the Coalition for Epidemic Preparedness Innovations and the World Health Organisation, have proposed agreements to ensure that no one company owns the vaccine intellectual property rights. But the pharmaceutical giants and the governments backing them will not agree to this.

Some companies, such as Johnson & Johnson and GlaxoSmithKline, have pledged to initially sell the vaccine at cost.

But this is likely to cover only initial inoculations and will only be offered to frontline workers such as health care workers and those most at risk, such as the elderly.

To achieve herd immunity, we will need at least one to two billion doses globally—and you can count on big pharma to expect to profit from that. Along with booster shots, governments will also need to stockpile vaccines in the event of another outbreak.

COVID-19 is a global pandemic that doesn’t discriminate across borders. There can be no room for vaccine nationalism in the race to inoculate the globe.

Any vaccine developed must be provided free and universally otherwise those who need it most will miss out.