Liberals put their surplus above jobs and the economy 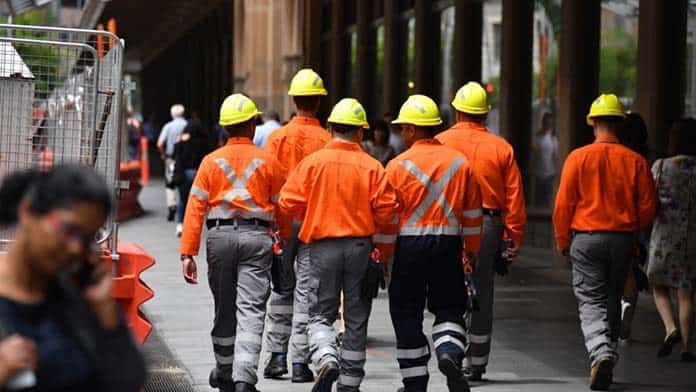 Scott Morrison went to the election boasting about the “strong economy” that six years of Liberal government had delivered. That claim has already unravelled.

Since July last year economic growth has sputtered out, with just 0.9 per cent growth over the three quarters to March.

On a per person basis the economy has been in recession since then. The only reason there is still growth at all is because of the increase in population, powered by immigration.

The Reserve Bank is seriously worried, cutting interest rates twice since the election to a record low of 1 per cent. This is well below where they went even during the global economic crisis in 2009.

It used the same trick in 2012 as the mining boom was ending. This provided cheap credit which underpinned a boom in housing construction and consumer spending. As a result housing prices soared and average household debt has climbed to a record level of 190 per cent of household income.

Now consumer spending has stalled, due to record low wage growth, debt and the drop in housing prices. This is a big problem because household spending is such a huge part of the economy.

Construction is also declining, with an oversupply of houses in many areas and investment properties not so attractive after falls of 15.9 per cent in Sydney and 10.9 per cent in Melbourne since prices peaked in 2017.

This just leaves government spending propping up the economy, with growth of 5.1 per cent in the last year. The only other bright spot is a surge in corporate earnings from high commodity prices and an increase in exports, mainly of iron ore and LNG. Iron ore prices have jumped due to supply disruptions from Brazil following a mine disaster that killed at least 248 people.

This fragile situation has led to calls for further government stimulus spending.

Reserve Bank Governor Philip Lowe pointedly declared in a speech in early July that, “we should not rely on monetary policy”— the cuts to interest rates—“alone”.

He went on to note that, “the Australian Government can borrow for 10 years at around 1.3 per cent, the lowest rate it has faced since Federation in 1901”.

In other words, it is a perfect opportunity to borrow and build much needed infrastructure. Our cities are desperate for increased public transport, and spending on renewable energy is urgent. But for all their talk of “congestion busting” projects during the election, the Coalition is reducing its efforts.

Greg Jericho wrote in the Guardian in late June that government infrastructure work, “has declined for four straight quarters and is now at its lowest level since 2016”, based on Bureau of Statistics engineering construction figures. Between January and March public infrastructure work fell by 15 per cent.

The Coalition is far too attached to its budget surplus to increase spending further. The fetish over budget surpluses is rotten neo-liberal economics. When the economy is weak it makes sense for government spending and debt to increase in order to create jobs.

The government is simply relying on income tax cuts, now passed in the Senate, in the hope they will be enough to get consumers spending. Many taxpayers will get up to $1080 in this year’s tax return.

But they have also locked in two further stages of tax cuts out to 2024 that give billions to the rich.

The third stage of the package costs a gigantic $95 billion, with $29.7 billion flowing to people earning over $180,000. Yet the government refuses to commit a cent to increasing Newstart, which leaves those on income support in poverty. ACOSS’s proposal to lift it by $75 a week would cost just $3.3 billion a year—spending which would help the economy because it would immediately be spent—unlike handouts to the rich.

If the economic situation worsens, the Liberals will try to make workers pay to restore corporate profits.

Locking in such enormous tax cuts now could force spending cuts in the coming years. Before the election the Grattan Institute estimated government spending would have to be cut $40 billion a year from 2029-30.

There will be even more savage cuts if the economy sours. The government’s budget figures depend on projections of economic growth and wage rises well above what is likely.

Treasurer Josh Frydenburg is hedging his bets, saying that, “We’re not planning on any cuts”… just at the minute.

But the Coalition do want further attacks on workers’ rights. A review of industrial relations laws is already underway and the bosses are listing their demands for changes.

The Liberals want workers to pay to get the economy out of any crisis. We shouldn’t let them.

Editorial: Turn rage at Morrison’s failure on rape into fightback against...

The Morrison government is being engulfed by the outrage at its failure to respond to the accusations of rape and sexual assault in Parliament House.

Instead of extending support to workers, Morrison wants to give bosses more “flexibility” through new industrial relations laws to allow them to cut workers’ pay and conditions.