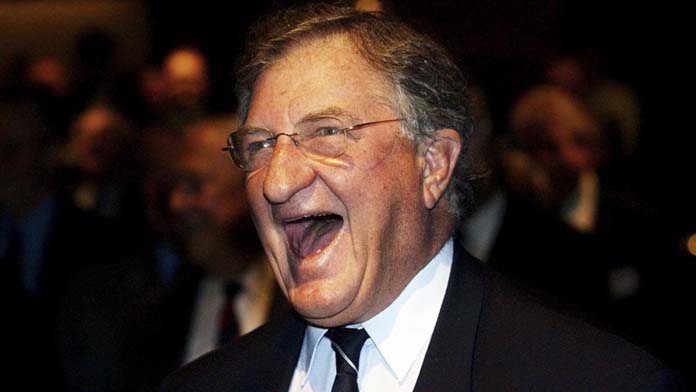 John Elliott, who died 10 days short of his 80th birthday, was a corporate raider of the 1970s and 1980s and a loyal servant of the Old Guard of the Melbourne establishment and the Liberal Party.

The voluminous obituaries prattling on about his presidency of the Carlton Football Club and the self-made man, obscure his key role in protecting the property of the old, moneyed ruling class of Melbourne.

Also skated over is his racist bigotry and sexism. Elliott applauded then Prime Minister John Howard’s refusal to apologise to the Stolen Generations, describing Indigenous people as “unimportant” and “backward” and advised the government to “ignore” the High Court’s Mabo judgement and “downplay it and let it go away”.

He disparaged the Yorta Yorta native title claim, which happened to be near properties he owned, as “absurd”. More recently he attacked acknowledging Indigenous traditional owners of country as “sheer bloody nonsense”.

He also admitted to paying “hush money” to women who had accused Carlton footy players of rape during his time as club president, accusing the women of lying and being “very ordinary people”.

Despite a comfortable middle class upbringing he wasn’t “from money”, didn’t have a “name” nor that pompous, ruling class thing called “breeding”. But his vulgarity—what they politely call “his abrasive personal style”—made him useful to the wealthy Melbourne establishment. He could scare away the circling corporate raiders from the north and west of Australia, just as an abrasive game-warden can scare off the poachers.

What he did have was an education from the elite Melbourne private school Carey Baptist Grammar, moneyed connections collected along the way and the drive of someone who craved money because of his more modest origins.

The mainstream media fawned over him in the 1980s. But he was nothing special. He was one among a whole layer of spivs, speculators and get-rich-quick snake-oil salesmen that surfaced under Labor’s Accord under Hawke and Keating. As Labor implemented neo-liberalism from 1983 and tamed the trade union leadership, it pushed working class strike action to new lows, imposed wage restraint and punished groups of workers who wanted a better pay rise. Corporate profits boomed and there was money to be made.

While Gordon Gekko could say in the film Wall Street that “Greed is good”, that greed was something only acceptable for the rich.

The mainstream media showered them in praise right until many fell because of their shady business practices.

The Victorian establishment needed someone like Elliott. As Ruth Ostrow, a Financial Review journalist, wrote, the moneyed establishment: “Had to find a representative that straddled both ways of life—who understood the intricacies of the Melbourne business world and how the Old Boy network operated, and yet could understand the tactics and mentality of the whizz-kid New Boys and takeover merchants and could spar successfully with them.

“Such a man need not be a prince, rather a trusted knight who could defend the Establishment’s honour.”

It seemed that Elliott was eminently suitable, with the right chemistry of aggression, “impeccable financial grounding” and entirely indebted and beholden to the ruling class.

Elliott pored over company finances with a fine tooth comb to find weak companies in order to take them over, strip their assets and sack their workers.

In the early 1970s, a moribund Tasmanian jam maker called Henry Jones IXL was his first target. Elliot put up $5000 of his own money and got the super rich Sidney Baillieu Myer and Rod Carnegie to supply the rest of the funds needed. Carnegie would later become chair of mining company CRA (later Rio Tinto) and lay the basis for the debacle that was the war on Bougainville in the late 1980s.

Along the way Elliott lined his own pockets, with his wealth once estimated at close to $100 million. This was his “work”. Nothing people need—no goods, no services came from it, just the rearranging of who owned what on the Australian stock exchange.

Not satisfied with a mere few million, Elliott epitomised the capitalist vampire described by Karl Marx that: “Can only keep itself alive by sucking the blood out of living labour. The more blood it sucks, the more vigorously does it live.”

He was not the smooth figure that Hollywood painted of corporate raiders, like the handsome businessman Richard Gere in the film Pretty Woman.

Indeed, after Elliott took over the CUB breweries, a TV comedy show had a red faced caricature of him with rosacea, swilling a can of beer, which he did often in real life, belching and exclaiming “pig’s arse” to anything that he disagreed with. Elliott denied he actually used the phrase but the image was so powerful that it stuck. It was something you could easily imagine him saying.

In 1986, BHP came under threat from the Perth-based businessman Robert Holmes a Court, and the Melbourne ruling class decided he had to be stopped at all costs.

They enlisted the services of the “rough and tumble” John Elliott. After Elliott successfully saw off the challenge, Peter Denton, a Financial Review journalist and later his biographer wrote: “Elliott had become a guardian of the Melbourne Establishment, protecting them from outside predators while using the town to launch his attack on the rest of the world.”

But Elliott got ever more greedy and by 1990 it started to unravel. After a lifetime of “work” in 2005, at 63 years old and close to retirement age, Elliott declared himself bankrupt.

He was jettisoned by the Carlton Football Club when his shady business practices spilled over into the club as it worked to dodge the AFL salary cap.

Carlton won only two premierships in his 20-year presidency, an underwhelming record for one of the league’s oldest and most powerful clubs.

Alongside his business and football, Elliot was a 30-year member of the Liberal Party, a Federal President and Treasurer, a key money handler and “bag man” of the party. He is even reputed to have created the Victorian version of the 500 Club, so the super rich could hide their donations to the Liberal Party behind anonymity.

He fancied himself as Prime Minister one day. But he was blocked from going into politics because, as the Sydney Morning Herald reported, Liberal Party power-brokers feared he would have “blown up the country”.

He lost the millions he made through greed and over reach. He was the vampire who fell short.

Our condolences go to any worker sacked or whose life was made a misery by John Dorman Elliott.