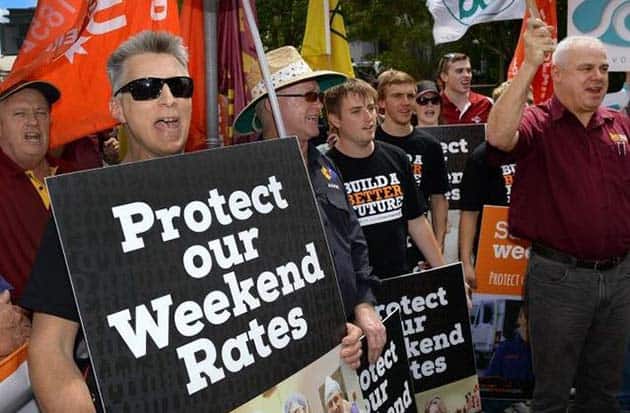 Malcolm Turnbull might be keeping the Coalition ahead in the polls, but the gloss is coming off his Prime Ministership.

The Prime Minister who wants Australia to be known for its respect for women, allowed raped Somali refugee, Abyan, to languish on Nauru for weeks while the Immigration Department refused to bring her to Australia. Approaches to his office met with silence.

It was only when refugee advocates went public about her disgraceful treatment, and phone calls, petitions and emails flooded Turnbull’s and other MPs’ offices that the government finally began to act. But he did nothing while Abyan was denied counselling and treatment and then spirited out of the country by a special RAAF jet.

Turnbull is heading to Paris in November to be seen to be at the international Climate Summit. But at home, he is a staunch supporter of Abbott’s Direct Action program that will put billions into the pockets of carbon polluters and profiteers.

His real agenda becomes clearer by the day, with growing talk of both an increase in the GST and attacking penalty rates.

Turnbull has stuck with virtually all of Abbott’s policies, but has tried to deflect concerns by saying lots of things are “under consideration”.

Even schools funding for years five and six of the Gonski reforms was “being considered”, he told the media, but added this was “in the context of a very tight budget”.

Turnbull declared, “Fairness is absolutely critical.” But there is nothing fair about the $4.8 billion cut to family payments (over four years) he is now trying to push through Parliament. One hundred and thirty-six thousand single parents will still lose money.

Turnbull has admitted that increasing the GST to 15 per cent is on the table. Turnbull tells us “vulnerable Australians” would not be left worse off.

But a rise in the GST would hit the pockets of millions of workers, pensioners and welfare recipients. An ACOSS (Australian Council of Social Services) report says a GST increase, “would be a recipe for driving inequality.”

The GST is a deeply unfair tax, designed to increase the taxes paid by working class people and the poor so corporations and the rich can get tax cuts.

As if that was not bad enough, they have now started looking at “overhauling” (read “cutting”) welfare payments like the disability and aged pension, saying they have got to, “get people into the workforce”.

Turnbull has also argued for an attack on penalty rates, saying they were a product of “history” and advocating “a move to a more flexible workplace”.

He also has the unions in his sights, pushing again to bring back the anti-union Australian Building and Construction Commission. He wants to use the Royal Commission to push for further restrictions on trade unions, threatening unions would be “a frontline issue” at the next election unless Labor caved in to his legislation.

Yet so far Labor leader, Bill Shorten has focussed on distractions like the idea of lowering the voting age to 16. His “snappy” slogan, “Fairness is not a consequence of prosperity, it is a precondition of it,” sounds more like Turnbull than someone determined to fight Turnbull’s agenda.

Tragically, Greens leader Richard Di Natale has been worse, signalling his willingness to work with Turnbull, saying they were “poles apart” on many issues but, “there is some common ground that we will be able to work with the government on”.

All this does is reinforce the illusions that Turnbull might represent something other than the standard rule-for-the-rich Liberal policies.

When Abbott floated his attack on Medicare in January 2013, the unions responded by backing immediate protests. We need the same kind of response to Turnbull. The unions should be calling demonstrations to make it clear to Turnbull and the bosses that they face a serious fight over the GST and penalty rates.

The People’s Climate Marches on 27-29 November should be calling for direct action on renewables.

Federal public sector workers are showing the way, escalating their campaign over pay and conditions, with Border Force (formerly Customs) workers at airports set to take their first 24-hour strike as Solidarity goes to press.

New Public Service Minister Michaelia Cash arrogantly dismissed the workers, saying they weren’t in the “real world” if they rejected demands to sacrifice conditions in exchange for a pathetic 1.5 per cent pay rise.

Turnbull will have to be fought every bit as hard as Abbott if we want to see an end to the Liberals’ agenda of cuts, union bashing and attacks on refugees.