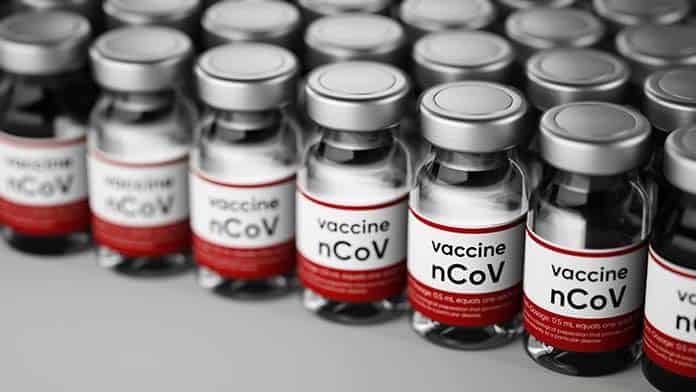 As the coronavirus spreads around the world, David Glanz looks at how capitalism and the corporate control of medicine means profit comes before public health

The race to create a COVID-19 vaccine is the new gold rush. Around the world, more than 60 pharmaceutical companies are going flat out to be the first to market.

As Gerald Posner, author of Pharma: Greed, Lies, and the Poisoning of America, put it: “Pharmaceutical companies view COVID-19 as a once-in-a-lifetime business opportunity.”

The global crisis, “will potentially be a blockbuster for the industry in terms of sales and profits,” he said, adding that, “the worse the pandemic gets, the higher their eventual profit.”

Johnson & Johnson says it will invest $US1 billion ($1.6 billion) to create enough manufacturing capacity to make more than one billion doses of a vaccine it is testing.

Shares in another company, Moderna, rose 10 per cent even as the share market dropped 12 per cent. Moderna is working on a vaccine that it hopes will both prevent and cure the virus.

As one business writer mused, if the company prices its vaccine at $600, and half the population of Hubei alone received it, Moderna would earn $37.1 billion.

The drive for profit motivates business, as Karl Marx noted in Capital, quoting economist T.J. Dunning: “With adequate profit, capital is very bold … 50 per cent, positive audacity; 100 per cent will make it ready to trample on all human laws; 300 per cent, and there is not a crime at which it will scruple, nor a risk it will not run, even to the chance of its owner being hanged.”

Supporters of capitalism say it is that hunt for profit which leads to innovation. But it can also lead to chaos. The US Food and Drug Administration reported that at the height of the pandemic in China, pharmaceutical companies were having trouble sourcing components from there, threatening the US supply of antibiotics such as amoxicillin, doxycycline and penicillin.

When the epicentre of the pandemic moved to Europe and then the US, governments turned on each other. Masks heading to France from Shanghai were on a plane ready to take off when US buyers turned up and offered three times the French price. Soon after, the French government did the same with a consignment heading for Scandinavia.

As Jonathan Quick of Duke University in North Carolina, author of The End of Epidemics, said: “Virus biology and vaccines technology could be the limiting factors [to COVID-19], but politics and economics are far more likely to be the barrier to immunisation.”

Neo-liberal priorities can also hamper basic research. The CSIRO operates the Australian Animal Health Laboratory in Geelong, one of only a handful of Biosecurity Level 4 labs in the world able to do research on dangerous pathogens.

The CSIRO has used the facilities to research bird flu, SARS and the Hendra virus.

Yet at the height of the ebola crisis in 2014 in west Africa, the Liberals cut $111 million from CSIRO funding, including Geelong.

Now Australia is affected by COVID-19, the Liberals have changed their tune, announcing $220 million to upgrade the Geelong laboratories, where scientists are working on two vaccines.

But it will be two years before the upgrade can take place.

The biggest problem with leaving our health in the hands of the profit motive is that Big Pharma goes only where profits are to be found. And it will subvert and twist the science to that end.

Ben Goldacre, author of Bad Pharma, writes that if a large part of the trial data is unavailable, no one can check the validity of the conclusions drawn. Yet GPs have to rely on this data when they prescribe medicines.

Goldacre shows that the bias towards positive results is higher by a factor of almost two thirds in research funded by industry.

The global pharmaceutical industry grosses $US600 billion a year but while its profits are private, it’s happy to take public money along the way.

The Johnson & Johnson initiative mentioned above is underpinned by $US421 million from the US government.

Since the 1930s, the US National Institutes of Health has put $US900 billion into research that drug companies used to patent brand-name medications.

Every drug approved by the US Food and Drug Administration between 2010 and 2016 involved science funded with $100 billion in tax dollars through the NIH.

Among the drugs developed with some public funding that went on to be huge earners for private companies are the HIV drug AZT and the cancer treatment Kymriah, which Novartis now sells for $US475,000.

The antiviral drug sofosbuvir, which is used to treat hepatitis C, stemmed from key research funded by the NIH. That drug is now owned by Gilead Sciences, which charges $US1000 per pill.

Gilead earned $US44 billion from the drug during its first three years on the market.

To keep things like this, in 2019, the pharmaceutical industry spent $295 million on lobbying, far more than any other sector in the US. Among those jostling for the Democratic presidential nomination, Joe Biden has led the pack in taking money from the health care and pharmaceutical industries.

The drive for profit means corporations pick and choose which drugs they support. Their favourites are those that treat persistent conditions like arthritis or blood pressure among people in the industrialised countries because these give a consistent flow of profits.

The companies also focus on “me-too” drugs, which are minor variations on existing products, so they can continue exploiting drug patents and high prices.

Viruses are not good for business. They are constantly mutating, so companies may not be able to make back the money spent developing them.

Two other dangerous coronaviruses emerged earlier this century—SARS in China in 2002-04 and MERS in Saudi Arabia in 2012. In both cases, work began on vaccines before being shelved when the outbreaks were contained.

Professor Nikolai Petrovsky from Flinders University was given funding by the NIH in 2004 to develop a vaccine for SARS.

But with the outbreak contained, funding was cut off just as his laboratory was about to test a vaccine. “It wasn’t a lot of money. We were so close,” Petrovsky said. With tweaks, that vaccine might now have been effective against COVID-19.

Big Pharma has also turned its back on developing new antibiotics because they are not profitable enough. The growing threat of “superbugs” means such new antibiotics are badly needed.

Antibiotics are estimated to add 10 to 20 years on average to global life expectancy but most people take antibiotics for a very short period, making them much less attractive as an investment compared to drugs that treat chronic conditions.

Profitability holds back research into diseases that primarily affect the Global South.

An ebola vaccine was developed by publicly-funded researchers by 2003 but there was no interest from pharmaceutical companies in funding clinical trials.

It was only after a major epidemic in west Africa in 2014, and growing political pressure, that a US pharmaceutical company, Merck, agreed to do so.

Nineteen countries in sub-Saharan Africa and India record almost 85 per cent of global malaria cases, with six countries accounting for more than half: Nigeria, the Democratic Republic of the Congo, Uganda, Côte d’Ivoire, Mozambique and Niger.

The World Health Organization reckons $US5 billion is needed each year for malaria control and elimination, yet in 2018 just $US2.7 billion was spent, down from $US3.2 billion in 2017.

Meanwhile, in 2013, US pharmaceutical companies spent $US40 billion on R&D inside the US.

It is the countries ravaged by imperialism where the threat of COVID-19 is most pronounced. South African hospitals have fewer than 1000 intensive care unit beds for a population of 56 million. In Zimbabwe, the capital Harare’s infectious diseases hospital has zero ICU beds.

Two French doctors had an earnest discussion on TV recently about why Africa was the best place to test a virus-specifically because it has a negligible health system.

In Syria, in the country’s northeast, there are only ten adult ventilators for two million people.

In northwestern Syria, Idlib, which has a population of four million—including one million who were internally displaced recently—there are only three fully-equipped hospitals.

Doctors estimate that more than 100,000 people could die of COVID-19 in Idlib province alone.

The top ten pharmaceutical companies made a total of $US150 billion profit in 2019. Socialists believe that health cannot be left in their hands.

A socialist system would orient drugs research into cures and innovative treatments, delivered effectively and efficiently in the interests of ordinary people.

Drug patents and the restriction of medical knowledge would be outlawed. All research and trial results should be open access, with duplicate research eliminated.

Where Big Pharma sees dollar signs and competition, socialists argue for cooperation and the primacy of human need.