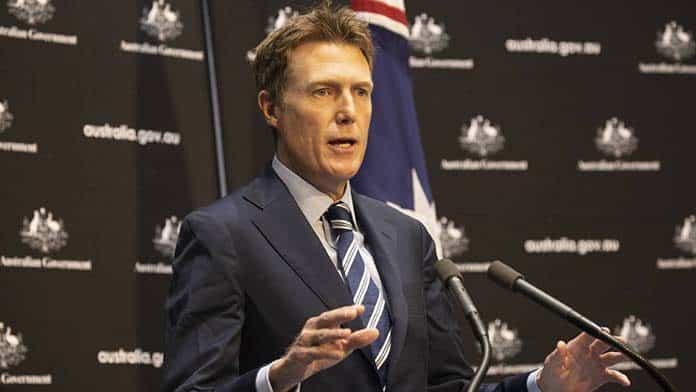 Morrison, like national leaders around the world, says we are “all in it together” during the coronavirus pandemic and the economic crisis it has precipitated. According to him, bosses, workers, landlords and tenants will all be called on to make sacrifices in the name of “Team Australia”.

The Labor Party and sections of the union movement are also calling for greater cooperation with bosses to “save jobs” and Australian businesses.

Former ACTU president and Labor minister Simon Crean called on workers, businesses and the government to come together to plot a way forward. ACTU Secretary Sally McManus has been having regular video conferences with Liberal Industrial Relations Minister Christian Porter, who has spent the last few years trying to destroy the union movement.

Asked about their new working relationship, Porter said, “if you told me I was going to be BFF with Sally McManus three weeks ago, I wouldn’t have believed you.”

His “Job Keeper” wage subsidy provides payments at the minimum wage to allow companies to keep workers employed. The aim, Morrison says, is “keeping… businesses together”, so they can rebound when the crisis passes.

But it does nothing to force them to keep workers employed on the other side. There is no guarantee workers will still have a job after six months when the payment expires.

And many workers have been left out—including one million casual workers employed for less than 12 months (although some might benefit from last minute changes) as well as the 1.1 million migrant workers on temporary visas and refugees and asylum seekers on Temporary Protection Visas or bridging visas.

Many workers will also take a hefty pay cut, as there is nothing to compel bosses to make up the difference between the payment and workers’ original pay.

Qantas was handed a $715 million government bail-out only to stand down 20,000 workers the following day. The government made no effort to force them to maintain workers’ pay.

Those on welfare will have to spend five weeks living on $40 a day before the doubling of the measly JobSeeker payment kicks in.

And Melbourne University executives that earn a combined $7.5 million have been firing casual staff via email in recent days.

Even the experience of becoming sick with coronavirus is different for the rich than it is for the rest of us. While Tom Hanks and Peter Dutton received test results and treatment immediately, many others were waiting a week to find out their test results, if they were even eligible for a test. Nurses and health workers are warning of a severe shortage of protective gear, meaning they risk becoming sick almost daily.

A number of unions have accepted changes to workplace agreements cutting wages and working hours.

The United Workers Union (UWU) struck a deal with the Australian Hotels Association to vary the Hospitality Award and allow bosses to reduce employees’ hours and direct them at short notice to take annual leave at half pay for three months. Unions have agreed to similar changes to the Restaurant Award and Clerks Award, covering 1.5 million admin workers.

Allowing workers’ wages and conditions to be attacked is a huge mistake and sets a dangerous precedent for the oncoming recession.

Bosses are already pushing for further attacks. The Australian Mines and Metals Association has written to the government calling for all Awards and Enterprise Agreements to be suspended for six months, removing all working conditions and wage rates. Small business groups have called for an end to unfair dismissal claims for six months.

Rather than compromising with the bosses, there needs to be a fight to defend jobs, as well as our hard-earned conditions.

There have been some inspiring examples of this. NTEU members have won paid sick leave for casuals, and are continuing to fight for casual staff to be paid during university shutdowns. UWU members in warehouses have walked off the jobs over lack of safety measures. Much more of this is needed.

Bailing out the rich

The idea that workers and bosses are “in it together” arises from the idea that we have a common, national interest. This is a myth.

During every serious economic crisis the rich try to force the cost onto workers.

The Retail Association is already calling for a 12 month freeze in the minimum wage—effectively a wage cut after inflation. This mirrors the way wages were frozen at the time of the GFC.

But when the minimum wage was cut by 10 per cent during the Depression, unemployment levels remained the same as bosses pocketed the savings.

All over the world workers are still suffering from the austerity introduced to “rescue” economies after the GFC. Meanwhile, the top 1 per cent now own more than half the world’s wealth.

In Australia, after the economic crisis of the late 1970s, unions, business and government came together to design the Prices and Incomes Accord. This slashed wages and drastically reduced union power, laying the groundwork for the harsh anti-strike laws we face today.

If the coronavirus crisis has shown anything, it is that none of the “essential work” done under capitalism—healthcare, food services, deliveries, teaching, research, IT, media production—is done by billionaire bosses or landlords.

Australian workers have far more in common with the 1.1 million migrant workers and international students who will miss out on any extra financial support during this period than we do with the “Aussie” bosses who preside over us.

CEOs like Alan Joyce are only interested in shoring up the profits of their own team—the Bosses’ Team.

The coronavirus crisis is going to deepen the division between those at the top and the rest of us.

Rather than trying to smooth over those divisions, unions and workers need to fight the bosses every step of the way, not only to defend our existing conditions, but to win real, lasting changes to society.