Brexit vote a revolt against the elite 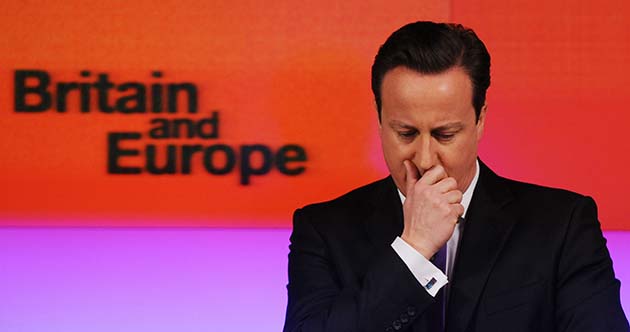 Britain’s vote to leave the European Union has caused a political earthquake. The far right has tried to claim credit for the vote. Cory Bernardi was quick to tweet his support for the racist right-wing UKIP leader, Nigel Farage.

Monarchist Tony Abbott welcomed the decision, and looked forward to a free trade agreement with Britain.

Many on the left have illusions in the EU and see the vote as a win for racism because much of the official “Leave” propaganda was scare-mongering about asylum seekers and “EU migrants” taking jobs or crowding the health system in Britain.

No doubt, some people voted Leave for anti-immigration reasons. But it is a mistake to see the vote as a vote for the right, and for flag-waving little Englanders.

This was also a revolt against big business and the politicians. The Remain camp had the official support of all the major political parties, practically every business organisation in Britain, the bankers and major world leaders. Many workers in Britain have seen living standards go backwards as a result of neo-liberalism and cuts. Polling showed one third of Labor and one quarter of Green supporters voted Leave.

As Labour leader Jeremy Corbyn put it, “One clear message…is that millions of people feel shut out of a political and economic system that has let them down.”

Nor is the EU an anti-racist institution. The EU provides no haven for asylum seekers. Britain’s membership of the EU didn’t stop Prime Minister David Cameron from maintaining a blockade at Calais and effectively closing Britain’s borders.

Turkey’s membership of the EU was obviously a carrot offered to pave the way for the disgraceful refugee deal that has allowed asylum seekers to be expelled from Europe to Turkey.

The experience of Greece shows that the EU has no respect for democracy, or workers’ rights. Syriza, the democratically elected government, was held to ransom by unelected bankers as savage austerity measures were ruthlessly imposed.

The EU has been no help to the French workers staging massive strikes against France’s Socialist government as it tries to deregulate French labour laws—moves that will lengthen the working week to 46 hours from 35, and make it easier to sack workers.

In fact the new law is part of the same process of loosening the labour market and reducing employee protections that has long been happening across the EU.

The EU is a bosses’ club. This is why there are some signs of panic now that Britain has voted to leave.

Nor has the EU been a brake on imperialism or war. Twenty-two of the EU member states are members of NATO. They did nothing to moderate NATO’s bombing of Libya. The EU looked on while Britain and France began bombing Syria. The EU has played a direct role in fomenting the war in the Ukraine as it held out the possibility of Ukraine joining the EU, with the signing of the Ukraine–European Union Association Agreement in June 2014.

The racist right wants to capitalise on the turmoil. Geert Wilders in Holland and Le Pen in France have called for referenda. But those in the UK in the Left Leave campaign have been at the forefront of defending refugees and migrants. Uniting to mobilise in support of refugees and migration will be crucial in the months ahead.

Now is not the time for hand-wringing. The bosses’ crisis is our opportunity.

The hopes for a socialist Europe lie where they always did—in the fantastic scenes of ordinary people opposing racism to welcome asylum seekers into the cities of Europe, in the struggles by French workers against labour deregulation, or by Greek workers against austerity and privatisation.

In Britain we have seen the first ever junior doctors’ strike against Cameron in defence the British National Health Service (NHS). Their strike was a major blow to the British Tories plans for the privatisation of the NHS. There is no doubt that Malcolm Turnbull does have similar plans to privatise Medicare here.

He wants to outsource the Medicare payments arrangements, and his rebate freeze will inevitably see increasing co-payments for visits to the doctor.

Like the British junior doctors, and the French and Greek workers, we will have to organise to demonstrate and strike back.