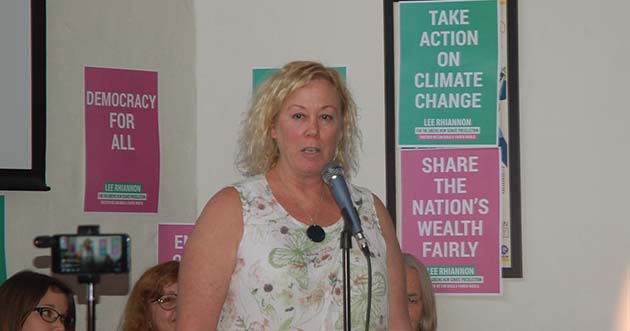 Phillipa Parsons, a former Greens councillor and member of the Newcastle Greens, spoke to Solidarity about the current pre-selection battle in the NSW Greens, where Lee Rhiannon is standing again for the Senate

Why do you think electing Lee is important for the Greens in NSW and nationally?

This preselection is incredibly important as a fork in the road for the Greens. I see that fork as deciding between principles and pragmatism.

Lee Rhiannon has consistently held the line against the pressure from within our Party to compromise our principles, and resort to pragmatic decision making, as evidenced with the recent Gonski 2.0 debacle. Lee held firm against those who wanted the Greens to conform to a lesser funding model that will do nothing for increasing the equity in our education system.

Did you see Four Corners? What did you think of the attacks on Lee and the NSW branch from inside the party?

I saw the Four Corners episode and was very sad to see our federal parliamentarians caving in to the temptation to compromise our principles for what I saw as power.

The Greens have never existed to form government or make pragmatic decisions at the cost of our founding principles because those principles are our strength. Without them we are nothing more than one more political party of the Centre. Furthermore, that criticism of NSW by the federal party room was an attack on all our members, as well as on Lee Rhiannon, because we are a party that is run by the members, not by the MPs as in other states.

What kind of party do think the Greens need to be in terms of activism and elections?

We were from the beginning a party of activists, and that is what continues to give the Greens the momentum to keep challenging the status quo. We should never be tempted to sell out, to become part of the system that we absolutely know is broken. We are there to continue to push back against the old parties, not join them in maintaining a status quo that is inequitable, is not socially just, and continues to exploit our resources at the cost of the planet.

Why will electing Lee help make it that kind of party?

Lee has been a flag bearer for us, standing strong in upholding our principles for years. In the face of increasingly publicised pressure from inside the party, she has consistently resisted the temptation to cave in to pragmatic decision making, and compromise our principles.

Lee’s integrity and strength in the face of this pressure to conform has shown us that she can be entrusted to continue Greens representation of our core principles that make us the Party we are and will continue to be.