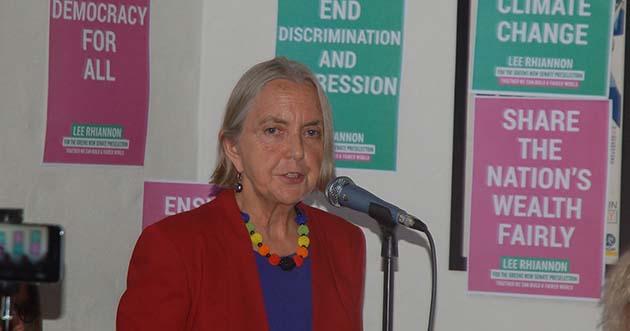 Lee Rhiannon hosted a forum on protest, parliament and the future of the Greens last month to discuss debates about the role of the party. Below are extracts from her speech.

Mass movements are on the rise around the world. History teaches us that social change is driven by those movements. The current system isn’t working. The planet’s cooking, inequality is growing, wage theft is rampant. These issues need to be dealt with, and the question is, are the Greens up to it?

Some see that we just need more MPs in parliament, and that then we can form government and our policies will be implemented. This is the view of many Greens.

It’s worth looking at some international experiences. The Irish Greens went down that road, they were in the balance of power, they went into government and very quickly their own ministers were crossing picket lines, running with neo-liberal policies, approving motorways that, in the election, they campaigned against. Next election, voted out.

There is a tendency in our party to see that once we get more MPs that’s the solution. I’m very committed to getting more MPs elected. But what do MPs do once they are in there? Do we see parliament as the pinnacle of political success? History teaches us that that’s not how it works. We won the Franklin River before there was one Greens MP in parliament. The union movement achieved the conditions at work that we enjoy today through people going on strike, occupying factories and taking action.

The balance of power issue needs to be something we look at carefully. Even though we have been in the balance of power and moved into government in Tasmania and the ACT, we haven’t had a proper discussion about it. The next federal election could be a hung parliament as could the NSW parliament.

I don’t think we should go into the balance of power, I don’t think we’ve got enough experience in terms of how we work with social movements, what it does to our party, what it does to the wider progressive movement. We get caught up in managing the system, rather than looking at how we change the system. I think where the answer lies is the Greens continuing to embed ourselves in the progressive movement and particularly the union movement.