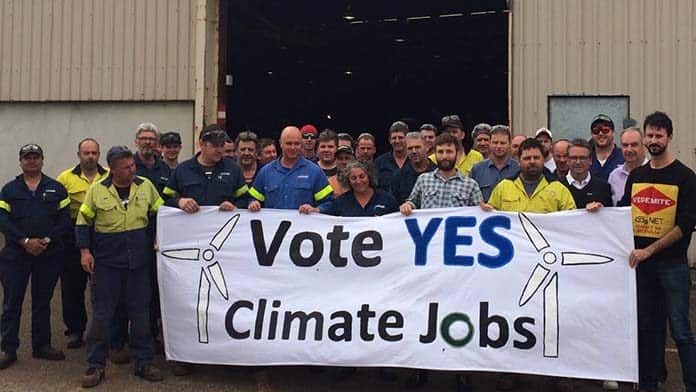 This was supposed to be the climate election. The waves of school climate strikes and a growing mood for climate action looked to have Morrison on the ropes. He told school students not to strike for climate, and they defied him—twice.

But the election result was a heavy blow that has left many supporters of climate action reeling.

The media, Scott Morrison and Labor leaders have all drawn similar conclusions. According to them, the election result proves that climate action is electoral poison in blue collar areas dependent on mining and is of little interest amongst the working class elsewhere. By positioning themselves as supporters of climate action—and equivocating on Adani—Labor supposedly pandered to inner city “elites” at the expense of their blue collar base.

At first glance this seems credible. Queensland was a disaster for Labor, with swings against it in regional seats they had hoped to win like Capricornia, Dawson and Flynn over the issue of Adani and mining jobs. Labor also lost seats it held in Longman and Herbert.

Much of the swing went to One Nation and Clive Palmer. And in the seat of Hunter in NSW mining country, Labor saw a catastrophic 10 per cent swing against it and only held the seat by a thread.

It wasn’t just mining areas that indicated a class divide over climate action.

Similarly, the ALP tended to get swings towards it in affluent areas, partly on the basis of its climate policy.

Analysis of booth by booth swings in Sydney shows that the ALP gained most in wealthy Liberal party seats in the North and East. There were a comparatively large number of swings against the ALP in the more working class south and west of the city.

But the conclusion that climate action is a middle class issue is completely wrong. In reality, the election result reflects the weakness of Labor’s policy and the fact that the prevailing strategy in the climate movement is devoid of class politics.

No plan for jobs

While leaving open the possibility of stopping Adani, Labor had no serious plan for alternative jobs for coal mining areas.

Its Just Transitions Authority, allocated a paltry $15 million over four years, dealt only with workers in coal power stations.

And the overwhelming focus of climate NGOs on stopping Adani is a problem in itself. A narrow anti-coal focus makes it impossible to address working class concerns about jobs in areas dependent on mining.

The default response of the Stop Adani campaign in the face of concerns about jobs was to dismissively point to how few jobs the project creates. But most campaigners see stopping Adani as a step to stopping all new coal projects in the Galilee basin, and phasing out coal mining completely. It’s ludicrous to pretend this wouldn’t kill job prospects.

Bob Brown’s “stop Adani convoy” before the election was a disaster. It charged into coal mining areas with an arrogant indifference to concerns about jobs and handed the initiative to the right to go on a pro-mining offensive.

The endorsement of Zali Stegall by a section of school strikers was another example of the campaign being on the wrong side of the class divide. Stegall said she would support a Liberal government in the case of a hung parliament.

Only a pro-jobs climate movement that draws in significant working class support can succeed. The demand for direct government investment in 100 per cent renewable energy by 2030 has to be raised alongside the call for a just transition.

This means guaranteed re-training and new, public sector jobs for mining workers with no reduction in pay and conditions.

The Greens did talk about the need to fund a transition for coal communities.

But unless there is a movement that workers can see is seriously fighting for jobs these plans seem abstract and unbelievable.

The election shock will open up space to argue for the demands necessary for real climate action. Following the election result, the National Union of Workers released a statement calling for a just transition, climate jobs and a Green New Deal.

But good demands alone won’t be enough. We also need a movement that uses working class power to force through real change against the will of big business.

The kind of inspiring climate strikes we saw earlier this year need to take up pro-worker demands and spread from the schools to workplaces.