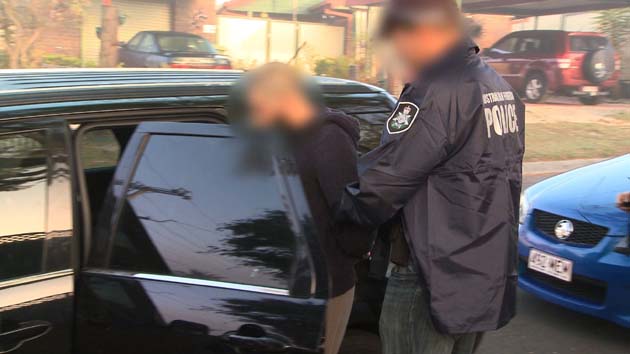 The obsession with radicalisation and the programs to supposedly combat extremism treat wide swathes of the Muslim community as suspect, writes James Supple

Tony Abbott is using every available opportunity to whip up fear about terrorism, scapegoat the Muslim community and talk tough on “national security”.

The rise of Islamic State (IS) and the small trickle of people going to fight in Syria means, according to Abbott, that, “By any measure, the threat to Australia is worsening.”

In the wake of the claimed preparation for terrorism by two groups of teenagers, ASIO and the Federal Police have fed the hysteria with wild claims about “radicalisation”.

This is presented as an incomprehensible process, where people’s minds are simply warped by watching the wrong Youtube videos or finding new friends on Facebook.

The head of ASIO, Duncan Lewis, claimed, “Radicalisation appears to be very rapid, almost inexplicably so.”

“They are getting younger”, he warned. “They are in their bedrooms, often to the exclusion of the parents.”

But both the rhetoric, and the government’s response, is continuing the demonisation of Islam and the attack on the Muslim community that began after 9/11. A new book by Arun Kundani The Muslims are Coming traces the development of “the concept of radicalisation” to explain Islamic terrorism, and the government responses in the US and UK over the past decade.

Terrorism has a long history as a form of political action (despite being totally flawed and counter-productive). It is a tactic that has been taken up to further the political aims of secular national liberation movements like the ANC in South Africa when they bombed a railway station and supermarkets and the IRA when they bombed British pubs. But did anyone puzzle over why Irish nationalists might be radicalised?

Robert Pape’s famous study of every suicide terrorist attack between 1980 and 2004, Dying to win, found that it was political issues, usually foreign occupation, that were the main motivator of terrorist attacks. He conclusion was that, in Iraq and Afghanistan, “The central motive for anti-American terrorism, suicide terrorism, and catastrophic terrorism is response to foreign occupation, the presence of our troops.”

Kundani too argues that it is impossible to understand terrorism without looking at the nature of the conflict it is used in.

Hamas’s use of terrorism against Israeli citizens, for instance, cannot be understood outside the political context of the Israeli occupation of Palestinian land and its oppression of the Palestinian people. Trying to explain it simply as a product of a form of Islamic ideology is ridiculous.

But the theorists of Islamic radicalisation treat it as a completely unique problem that is simply a product either of Islam itself or a particular interpretation of it.

This echoes the claims of Western leaders, first made by the architects of the Iraq war Tony Blair and George Bush, that terrorists hate us because of “who we are”, not “what we do”. The same language is still used today by Tony Abbott.

The war on terror has seen the West launch a series of bloody, destructive wars in an effort to assert control of the Middle East.

The US invasion of Iraq created havoc and killing on an enormous scale, with over a million dead. It was the Western occupation that created the sectarian madness of IS. The wars in Afghanistan and Pakistan have seen another 150,000 people killed, a recent US study by the Cost of War project estimated. And these are only the most recent wars in decades of Western policy propping up ruthless dictatorships across the region.

But the governments of the West reject out of hand any idea that the anger in the Muslim world against them is justified. This means they can only explain Islamic extremism using racist stereotypes about Muslims and Islam. The most explicit is the idea that Islamic culture is inherently prone to violence and extremism.

Others accept that it is only the misinterpretation of Islam that is responsible for extremist ideas. But since such extremism is held to only be a problem amongst Muslims, in practice the racist conclusion is little different.

The focus on “radicalisation” was never an objective attempt to understand what causes terrorism, Kundani argues, but a theory developed to fit the needs of counter-terrorism policy.

Many of the counter-radicalisation strategies later imported into the US and Australia were pioneered in the UK. Kundani examines the “Preventing Violent Extremism” or Prevent program launched by Tony Blair’s government in the UK in 2006, in the wake of hysteria about “home grown terrorism” following London’s 7/7 attacks.

Counter-terrorism authorities were looking for signs of developing radicalisation among groups and individuals that could act as “an early warning system”. The justification, as in Australia, is that the authorities could not wait until people became willing to engage in terrorism, but had to take action before they reached this point.

In the UK this has involved a “‘conveyor belt’ theory that supposedly links an individual’s ‘anti-social’ attitudes and behaviours in an inexorable chain that ends with terrorist attacks”, according to British socialist Hassan Mahamdallie.

An NYPD study published in 2007 tried to suggest four phases that a person goes through as they develop into a potential terrorist. But the problem is that there are an enormous range of “behaviours” that might indicate someone was attracted to “extremist” ideas. The NYPD’s “stage two” includes such behaviour as giving up cigarettes, alcohol and gambling; growing a beard and traditional Islamic clothing; becoming alienated from your old life; joining a group dedicated to Islam and even getting involved in social activism.

This means that counter-terrorism confuses simple disillusionment with society, and opposition to the war on terror and Western foreign policy, with terrorist extremism.

Government authorities therefore view large sections of the community as supporting some “extremist” ideas. After all millions of people, inside the Muslim community as well as across society, marched against the Iraq war and are hostile to Western foreign policy.

Prevent has also put in intensive efforts to warn Muslim communities not to attend protests against the racist English Defence League.

But the main result is mass surveillance, police intrusion and social profiling of Muslim communities. An Associated Press investigation in 2011 revealed that the NYPD Intelligence division listed more than 250 mosques and hundreds more bookshops, cafes and community centres in New York and New Jersey as potential security risks. A secret team known as the Demographics Unit was set up to go undercover and recruit informers to listen in on conversations.

The British government even passed laws early this year legally requiring workers in councils, schools, universities and the health system to act as spies passing on information. One student union passed on the entire 700-strong membership list of a university Islamic society.

We have seen the same thing in Australia with widespread police harassment and investigation of the Muslim community.

Since 2001 ASIO has almost tripled in size to around 1700 staff. Anti-terrorism laws have given police new powers like preventative detention orders, and created new offences against anything that can be classified as “preparation” for a terrorist act or possessing any “thing” relating to terrorism.

Here, the government has also funded Muslim community leaders to work with police and government authorities as part of its anti-terror operations. The government recently allocated 34 grants of up to $50,000 each to mosques, multicultural and sporting groups for programs aimed at keeping people deemed “at risk” from joining extremist groups.

But at the same time there has been a campaign of vilification and scapegoating. Muslim leaders have constantly been called upon to denounce terrorism, as if there was some doubt about the community’s overwhelming rejection of it.

Official meetings with Muslim leaders about terrorism, along with associated media coverage, also present it as a “Muslim problem” for which the community as a whole is responsible.

Former Prime Minister John Howard accused Muslims of failing to “integrate” and accept Australian values. Tony Abbott has followed suit, saying Muslim leaders aren’t doing enough to present Islam as a religion of peace, and implying some migrants were not prepared to join “Team Australia” and “to put this country, its interests, its values and its people first”.

These policies not only encourage Muslims to feel their communities are under attack, giving credence to the idea there is a war between Muslims and the West, they also drive those who draw radical political conclusions out of the community and into isolation.

This can only increase the attraction of Islamic extremism and see even more people radicalise.

“Radicalisation” is not a mystery. Until Australia ends its intervention in Iraq and the West stops its destructive efforts to control the Middle East there will continue to be immense anger. We need to reject the increase in police powers and stand with the Muslim community against the harassment and hysteria that Abbott is feeding.

The Muslims are coming: Islamophobia, extremism and the domestic war on terror
By Arun Kundani
Verso, $21.99