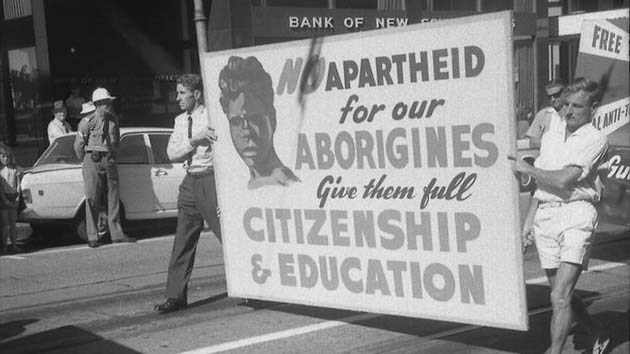 The referendum victory in 1967 failed to deliver the improvements for Aboriginal people in health, employment and land rights that many expected, writes Lachlan Marshall

On 27 May 1967, more than 90 per cent of Australians responded to the call to “vote Yes for Aborigines”, supporting a referendum making amendments to Australia’s Constitution.

The victory was the culmination of many years of campaigning by grassroots activists, co-ordinated through the Federal Council for the Advancement of Aboriginal and Torres Strait Islanders (FCAATSI). They had hoped that the Commonwealth would use its new powers to end discriminatory state legislation, initiate major programs to end poverty and disadvantage and grant Aboriginal Land Rights. They would be sorely disappointed.

Fifty years on, Aboriginal people are still subject to vicious racism and many suffer third world living conditions. The Commonwealth has consistently refused to stand up to the states and legislate national Land Rights. But they have used these powers to make “special laws” to strip back Native Title rights granted by the courts and implement openly racist policies such as the Northern Territory Intervention.

However, despite the failure to deliver meaningful change, the referendum was an important symbolic moment, giving confidence to a generation of activists that achieved significant gains through the 1970s.

The post-war years saw an explosion in anti-colonial and anti-racist movements. In Australia Aboriginal people were resisting their status as second-class citizens. Struggles such as the 1946 Aboriginal pastoral workers’ strike in the Pilbara against slave like conditions built important links with the trade union movement.

The campaign for a referendum was launched on 29 April 1957, at a meeting in Sydney’s Town Hall organised by the Australian Aboriginal Fellowship. Their strategy was a mass petition campaign to pressure the Federal government to delete discriminatory clauses from the constitution and to wrest control over Aboriginal affairs from the states. The petition campaign became a national movement with the establishment of the FCAATSI in Adelaide in 1958.

There was debate within it over the legal emphasis of the campaign, with Communist Party member Shirley Andrews commenting in June 1962, “It seems to me to be putting the cart before the horse to be concentrating exclusively on the legal aspects of discrimination and ignoring the economic ones.”

She commented at another time, “If all Aborigines become full citizens overnight, and they were not entitled to any special financial aid, they would be expected to start from a position behind the lowest paid of other workers.”

Other members of FCAATSI—especially Indigenous members—were wary of any demands for “special laws”, given the way they had been targeted by governments in the past. Kath Walker (who later changed her name to Oodgeroo Noonuccal) for instance believed FCAATSI should simply demand equality and the complete removal of section 51 which allowed laws to be made “for any race” except Aboriginal people.

The campaign was re-launched in Sydney in October 1962 with the aim of gathering 250,000-300,000 signatures. They sought endorsements from political parties, unions, churches and other organisations. Kath Walker toured the country to raise the profile of the campaign, which received donations from the ACTU and Australian Council of Churches.

Each federal electorate saw the formation of campaign committees, and signatures poured in to MPs, who tabled the petitions on a daily basis. The campaign ended up with 103,000 signatures on 94 different petitions.

Even Liberal Prime Minister Robert Menzies was forced to present a petition from his constituents. In September 1963 Menzies agreed to meet a delegation from the campaign. After the meeting he offered his guests drinks. Kath Walker replied, “You know, Prime Minister, where I come from, you would be put in jail for this [offering alcohol to an Aborigine].”

Menzies resisted the pressure to hold a referendum. But times were changing. Resistance to racism was being broadcast to a global audience. In 1960 people witnessed the Sharpeville massacre in South Africa, which sparked protests in Australia.

Images of police beatings of civil rights protesters in the American South inspired a “Freedom Ride” of Sydney University students, led by Charles Perkins, in 1965. Named after a US civil rights campaign aimed at desegregation, they toured regional NSW and shone a spotlight on the apartheid conditions in places like Moree, Dubbo and Walgett. Momentum for change continued to build with the Wave Hill walk-off by Gurindji pastoral workers in 1966, a strike both for equal pay and Land Rights.

Bain Attwood and Andrew Markus, in their history, describe how the referendum campaign responded to the announcement: “In a whirlwind of activity, it lobbied politicians, held public meetings, organised rallies, distributed leaflets, stuck handbills and posters, and sold badges and buttons.” Campaign songs urged voters to “Vote ‘Yes’ to give rights and freedoms.”

Many voters believed the vote would force the government to take measures to improve Aboriginal people’s lives. As The Age wrote, “A Yes vote will pave the way for improving their health, education and housing”.

Chika Dixon, acting president of the Sydney-based Foundation of Aboriginal Affairs, claimed, “For most Aborigines [the referendum] is basically and most importantly a matter of seeing white Australians finally, after 179 years, affirming at last that they believe we are human beings.”

With bi-partisan support, and the absence of a “No” campaign, Australians voted by a whopping 90.77 per cent to support the changes, with majorities in all states. Only eight of the 44 attempts to amend the constitution had ever succeeded, and none with votes as high as in 1967.

The day after the vote Gordon Bryant of FCAATSI claimed that, “The vote is an overwhelming endorsement of the view that it is time for material action. The government cannot hide behind constitutional inhibitions, nor can it hide behind a faith in public apathy. This vote represents a great national demand for action.”

The massive Yes vote gave a psychological boost to Aboriginal people. A writer in Brisbane recorded that on the day after the referendum, “There were black people on the streets in a way that we had never seen them… People got themselves up in their very best gear and walked out in the streets of Brisbane, down Queen Street where they never went.”

Some Aboriginal people described how the Yes vote helped them overcome an “inferiority complex.”

But the federal government was committed to the status quo and showed only contempt for the demands for action on issues like housing, employment and Land Rights.

Harold Holt said the government “should not magnify the Aborigine problem out of its true reality” and departed on a four week tour of the US and Europe the day after the referendum. The Gorton and McMahon Liberal governments that followed Holt made no real positive change.

Changes that did take place came not from the Commonwealth using its new powers, but the momentum and pressure generated by the black rights movement. Equal wages came into effect in 1969. Some state governments, such as in NSW, began to wind up the Welfare Boards that had controlled Aboriginal lives for almost a century.

But Aboriginal people continued to experience police harassment and segregation and were forced to live in terrible conditions. Equal wages was used as an excuse by pastoralists to kick thousands of black workers off stations to which they often had tribal connections, onto the outskirts of rural towns. In Queensland the government passed a new discriminatory “Aborigines Act” in 1971 that remained in place until the 1980s.

The failure of the more conservative legal strategy of the referendum to bring substantial change radicalised black activists. As Aboriginal activist Gary Foley wrote about the emergence of the Black Power movement in Redfern, “when the high expectations created by the 1967 referendum were dashed by government inaction, the younger activists felt a strong sense of betrayal and cynicism at the more non-confrontationist methods and tactics of the older generation. All the effort that respected political leaders like Faith Bandler, Ken Brindle, Perkins and others seemed to amount to nothing.”

The black movement emerged in the context of a society wide radicalisation. Working class people were going on strike in record numbers—and not only for economic reasons. In July 1972 activists, inspired by the political strikes of the anti-Apartheid and Vietnam Moratorium movement, organised a national “Moratorium for Black Rights” in which thousands of workers and students went on strike to join demonstrations.

In January that year the Aboriginal Tent Embassy was set up in protest against the McMahon government’s announcement that it would not recognise Aboriginal Land Rights. This activism and growing militancy paved the way for real strides forward. Aboriginal community controlled organisations were established and progressively funded through the 1970s and early 1980s. The NT Land Rights Act in 1976 was followed by other reforms at the state level, such as a Land Rights Act in NSW in 1981.

The current campaign to “recognise” Aboriginal people in the constitution is appealing to the legacy of the 1967 referendum to build support, holding an expensive dinner with business and political leaders to mark the 50th anniversary. However, unlike the 1967 referendum, which was demanded by grassroots activists, “Recognise” was initiated by the Rudd government in 2008 as a deliberate distraction from the ongoing destruction of Aboriginal communities. It offers no meaningful change and has been supported by Abbott, Turnbull and major corporations.

Since the election of the Howard government, both Labor and Liberal have wound back the gains of the black movement of the 1970s, returning to policies of paternalism and assimilation. Many communities are at breaking point, with historic rates of Aboriginal incarceration, child removal and youth suicide.

The 1967 referendum was an inspiring example of how Aboriginal and non-Aboriginal activists can come together to build a mass campaign to shift racist attitudes and change government policy. But the real changes that improved Aboriginal lives did not come from new words in the constitution—they came from building power on the streets and linking up with collective working class organisation. This is a power that must be urgently rebuilt today.